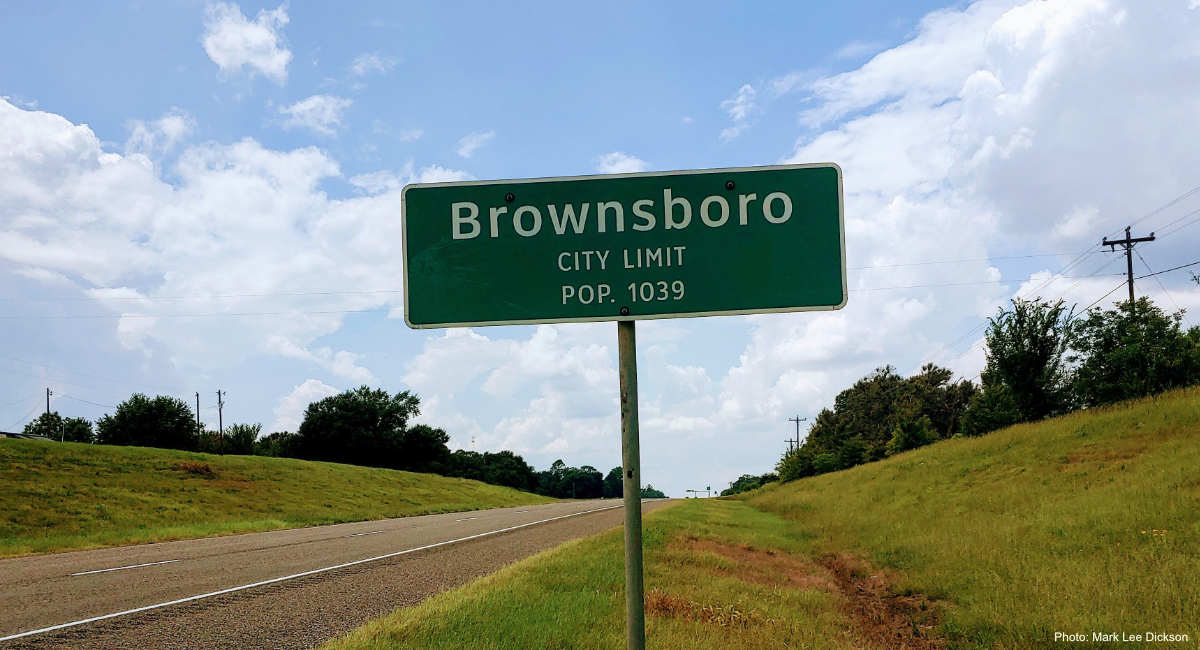 The City of Brownsboro, Texas (pop. 1,036), has become the 37th city in the nation and the 34th city in the state of Texas to pass an enforceable ordinance outlawing abortion within its city limits. The vote, which took place at a packed Brownsboro City Hall, was 3-1.

Abortion is defined in the ordinance as “the act of using or prescribing an instrument, a drug, a medicine, or any other substance, device, or means with the intent to cause the death of an unborn child of a woman known to be pregnant.” The term does not include birth-control devices or oral contraceptives. According to the ordinance an act is not an abortion if the act is done with the intent to “save the life or preserve the health of an unborn child; remove a dead, unborn child whose death was caused by accidental miscarriage; or remove an ectopic pregnancy.”

READ: City of Crawford in Texas becomes 36th ‘sanctuary city for the unborn’ in US

As with every ordinance outlawing abortion in Texas, the Brownsboro Ordinance contains both the public and private enforcement mechanisms. The public enforcement mechanism establishes fines against the abortionist and anyone who aids and abets the abortionist for any abortion which takes place within the City limits of Brownsboro. The ordinance is clear that these fines cannot be imposed unless it is determined by a state or federal court that the individual seeking to impose the penalty upon the one who committed the unlawful act will not create an “undue burden” on women seeking abortions, a state or federal court determines the person, corporation, or entity who committed the unlawful act of abortion lacks standing to assert the third-party rights of women seeking abortions in court, or the Supreme Court overrules Roe v. Wade and Planned Parenthood v. Casey.

While the public enforcement mechanism’s enforcement is based on other factors, the private enforcement mechanism is immediately enforceable. The Brownsboro Ordinance states, “Any person . . . may bring a civil enforcement suit against a person or entity that commits or intends to commit an unlawful act . . . ” This section is immediately enforceable and allows for anyone, including any relative of the unborn child, to sue the abortionist or anyone who aids and abets the abortionist for the death of the unborn child.

Last week the City of Crawford (pop. 733) became the 3rd city in the geographical region known as Central Texas to pass an ordinance outlawing abortion within their city limits, following the cities of Centerville (pop. 892) and Leona (pop. 175).

The City of Brownsboro is the 8th city to outlaw abortion since the lawsuit by Planned Parenthood against the City of Lubbock was dismissed in Federal Court and the 24th city to outlaw abortion since the ACLU withdrew its lawsuit against seven cities in East Texas. If the City of Brownsboro faces a lawsuit as a result of the adoption of this ordinance, former Texas Solicitor General Jonathan F. Mitchell has agreed to represent the city of Brownsboro at no cost to the city and taxpayers for any litigation which may result over the passage of their ordinance outlawing abortion.

The morning after Brownsboro outlawed abortion, residents of San Angelo, Texas (pop. 101,612), located in West Texas, approached their City Council with over 4,000 petition signatures requesting that an ordinance outlawing abortion in San Angelo be placed on an upcoming City Council agenda for a vote.

The room was full of residents from throughout the City of San Angelo, and both Right To Life of East Texas and Texas Right to Life were also present to support the citizens. When those in attendance heard about Brownsboro’s outlawing of abortion, many of those present cheered in celebration. One speaker shared, “A similar ordinance outlawing abortion was placed on a city council agenda in Brownsboro, Texas, on Friday and on Monday they outlawed abortion. It is that simple. We are asking you to do the same.” 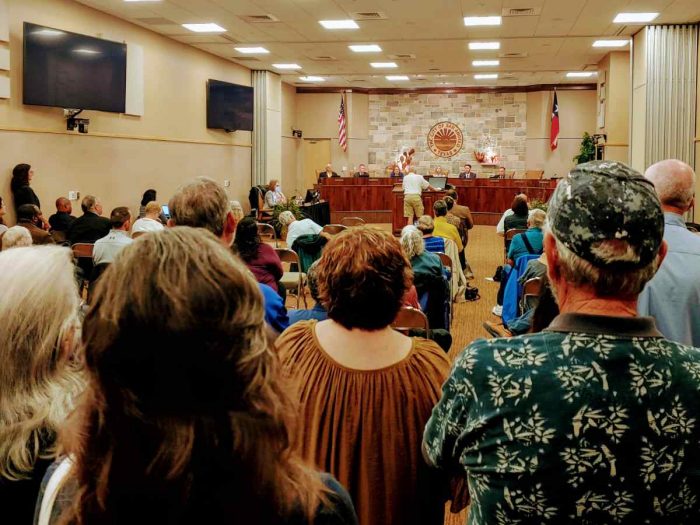 A resident of San Angelo, Texas, testifies before the San Angelo City Council encouraging them to pass an ordinance outlawing abortion within their city limits. (Photo: Mark Lee Dickson)

Ashley Leenerts, Legislative Associate with Texas Right To Life, reflected on the packed city council meeting. “Today was simultaneously encouraging and heartbreaking to listen to the beautiful testimony from all the San Angelo citizens, but especially from the five women that shared the trauma and loss from having had abortions themselves,” she said. “I am hopeful to see my hometown join those leading in defending and protecting women and babies.”

Claudia Meza, who had previously had an abortion, gave testimony that transformed the tone of the meeting. “When we make hard decisions in life, we often wonder the effects of those decisions in the years to come,” Meza said. “I am here to tell you what the effects of abortion are, as the mother of an aborted child.” Meza continued, “The pain and torment are still deep in my soul today after over 30 years. I know I have been forgiven by Our Father in Heaven – but I am here to defend the unborn. I plead with you, City Council, to put it on your agenda. Vote in favor of making this city a sanctuary city where it isn’t easy to get an abortion.”

At the end of the meeting, the majority of the City Council found themselves in agreement that the ordinance should be added to the next city council agenda for consideration.

San Angelo will not be alone in considering this measure. Cities across the U.S. are discussing outlawing abortion within their jurisdiction and adding their cities to the growing number of Sanctuary Cities for the Unborn. Including Brownsboro, there are now 37 cities in the nation which have passed ordinances outlawing abortion: 34 in Texas, 2 in Nebraska, and 1 in Ohio.