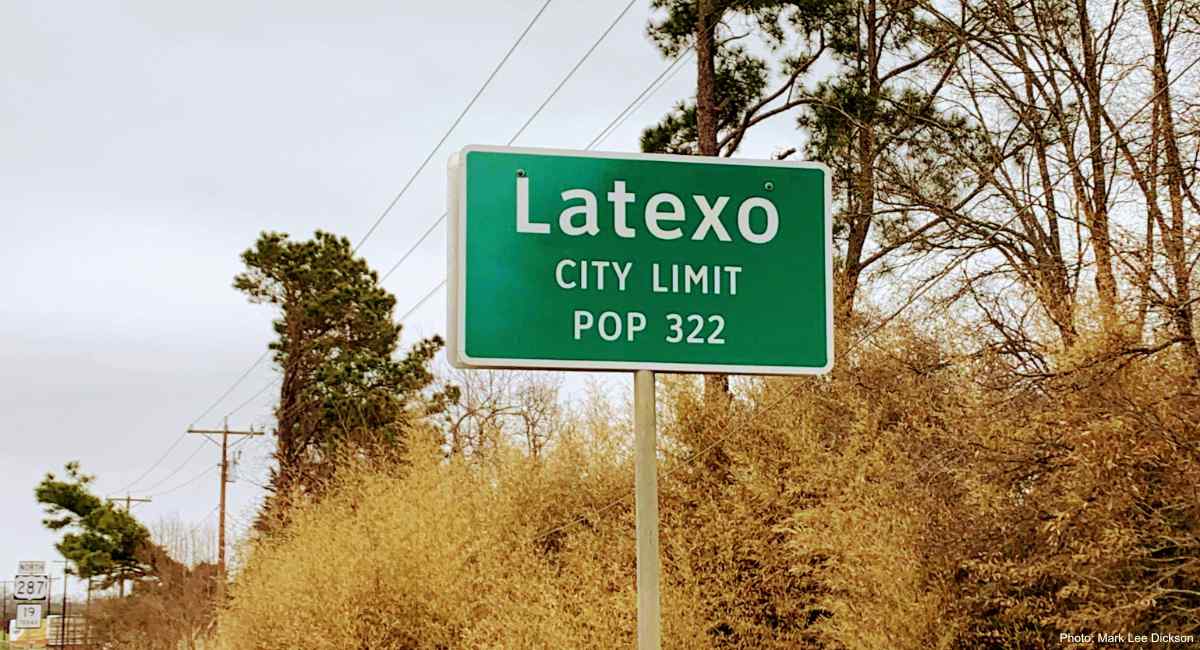 On Monday the small city of Latexo, Texas (population 322), located about 75 miles south of Tyler and about 120 miles north of Houston, became the 23rd city in the nation to pass an enforceable ordinance outlawing abortion within their city limits. The vote was unanimous with all four city council members in attendance voting for the ordinance. As a result of the majority vote, no unborn child will be able to be murdered by abortion within the city limits of Latexo, Texas. Councilman Harvey Bruner said, “I’m glad to see this movement going on and I’m glad to be a part of this. I want this to spread across the state!”

The effort to see abortion outlawed in Latexo began earlier this year, starting with an interest meeting held on January 20th at Latexo Baptist Church. The Sunday morning prior to the gathering, Pastor Randy Redkey had prayed for an end to abortion. Days later he learned about an effort taking place to outlaw abortion in the City of Grapeland, located just eight miles north of his city. Pastor Redkey got involved in the effort to help see abortion outlawed in Grapeland (population 1,489) and was present on January 25th when the Grapeland City Council voted to become the 18th city in the nation to pass an ordinance outlawing abortion. Since then Pastor Redkey has followed the movement closely, celebrating the victories in Goldsmith, Carbon, Gorman, and Murchison.

Latexo is the sixth city this year to outlaw abortion. One factor which has contributed to these cities taking action at the local level has been the Biden Administration’s very public commitment to see abortion access in every zip code in the United States. According to Pastor Redkey, this desire of the Biden Administration revealed just how urgent of a situation this was: “That is why it was so important to see this ordinance passed. We do not want a single child to ever be murdered by abortion here in the City of Latexo.”

Many residents throughout the City of Latexo share Pastor Redkey’s view. Joe Galloway said, “It is murder. God says do not murder.” 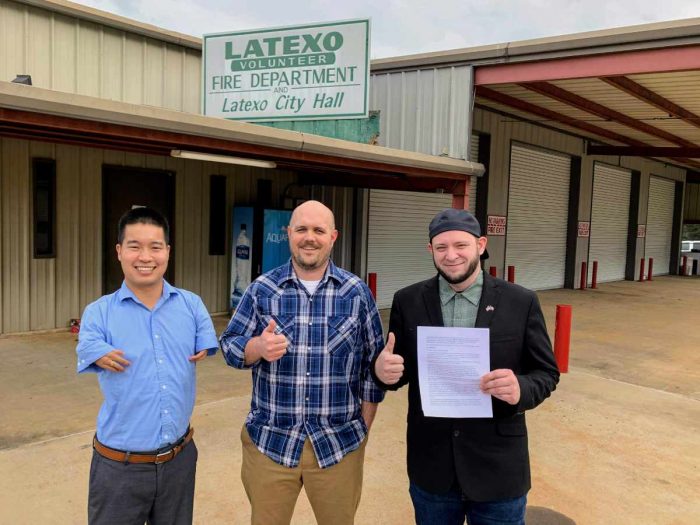 Resident Aleksandra Miletic said, “God made those babies in his image and each and every one of them is precious in his sight. We are called to love them and protect them, not murder them.”

The Latexo Ordinance, which immediately outlawed abortion, has two major enforcement mechanisms: public and private. The public enforcement mechanism establishes fines against the abortionist and anyone who aids and abets the abortionist for any abortion taking place within the Latexo city limits. These fines cannot be imposed unless it is determined that (1) the individual seeking to impose the penalty upon the one who committed the unlawful act will not create an “undue burden” on women seeking abortions, (2) the person, corporation, or entity who committed the unlawful act of abortion lacks standing to assert the third-party rights of women seeking abortions in court, or (3) Roe v. Wade and Planned Parenthood v. Casey are overturned. The public enforcement section of the ordinance is the only part of the ordinance which is not immediate, but dependent upon other factors.

Unlike the public enforcement mechanism, the private enforcement mechanism is immediately enforceable. Under “Private Enforcement” the Latexo Ordinance states, “Any person, corporation, or entity that commits an unlawful act . . . other than the mother of the unborn child that has been aborted, shall be liable in tort to a surviving relative of the aborted unborn child, including the unborn child’s mother, father, grandparents, siblings or half-siblings. The person or entity that committed the unlawful act shall be liable to each surviving relative of the aborted unborn child for (a) Compensatory damages, including damages for emotional distress; (b) Punitive damages; and (c) Costs and attorneys’ fees.”

Section F-4 of the Latexo Ordinance reads, “Private enforcement . . . may be brought against any person, corporation, or entity that commits an unlawful act . . . upon the effective date of the ordinance, regardless of whether the Supreme Court has overruled Roe v. Wade, 410 U.S. 113 (1973), or Planned Parenthood v. Casey, 505 U.S. 833 (1992), and regardless of whether the current jurisprudence of the Supreme Court permits states and municipalities to punish those who violate abortion prohibitions.” 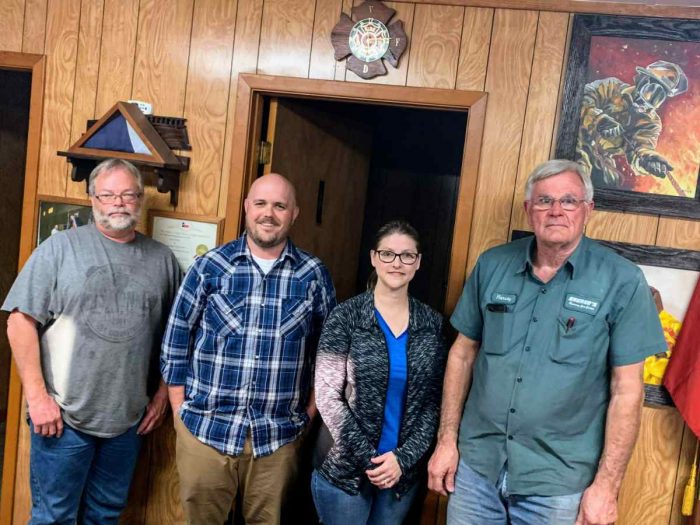 While the vote in Latexo was taking place, pro-life citizens throughout Texas were testifying on pro-life bills at a hearing at the State Capitol in Austin, about 180 miles southwest of Latexo. The most popular bill at the hearing was Senate Bill 8 — the Texas Heartbeat Act. The author of that Act, Senator Bryan Hughes, has been a strong supporter of the Sanctuary Cities for the Unborn ordinances.

The Texas Heartbeat Act also is clear that the act “does not create or recognize a right to abortion before a fetal heartbeat is detected” and that it does not “restrict a political subdivision from regulating or prohibiting abortion in a manner that is at least as stringent as the laws of this state” adding even greater support under State Law for cities who wish to see abortion outlawed within their city limits.

Several prominent groups were present in Austin and spoke in favor of the Texas Heartbeat Act including Texas Right To Life, Students For Life, Concerned Women For America, Right To Life of East Texas, and Texas Values. The hearing, focusing on several pro-life bills, lasted 15 hours, from 9 AM to just after midnight. To the surprise of many, not one person from the pro-abortion side testified in person against the pro-life legislation.

However, this does not mean that the Texas Heartbeat Act was not met with any opposition. While the group Abolish Abortion Texas testified against the bill and stated clearly that they did not believe the bill went far enough, even they spoke favorably of the point of it protecting the pre-Roe statutes. Their legislative analysis reads, “Texas pre-Roe laws were never repealed and provide a ban on abortion. Coupled with changes to the Homicide chapter of the Penal Code made in 2003, these laws generally make it homicide for anyone but the mother to perform or participate in an abortion . . . This bill expressly finds that these statutes have never been repealed.”

Like Senator Bryan Hughes’ proposed Texas Heartbeat Act, the Latexo Ordinance recognizes, “The State of Texas has never repealed its pre-Roe statutes that outlaw and criminalize abortion unless the mother’s life is in danger” and that “The law of Texas, therefore, continues to define abortion as a criminal offense except when necessary to save the life of the mother.”

The fight for the right to life, both on the state and local levels, is not expected to end anytime soon in Texas. More cities are expected to pass ordinances outlawing abortion in the coming weeks as they establish, under city law, what the laws of Texas state in the pre-Roe abortion statutes.