Abortion is now outlawed in the East Texas city of Wells (population 769). The vote, which was unanimous, took place on Monday, February 10th, and solidified the city of Wells as the 12th city to outlaw abortion in the nation.

Several residents from the City of Wells were there to stand in support of this ordinance. Pastor Wesley Matchett of Wells First Baptist Church was one of those residents. He shared, “Our city has taken a stand against a great evil. Some may say it is only a formality or something done for publicity. However, I disagree. This is one step (the 12th one to be precise) in the right direction. All big movements have a genesis. I’m thankful for our current leadership in this community for this reason.”

The Wells Ordinance states, “It shall be unlawful for any person to procure or perform an abortion of any type and at any stage of pregnancy in the City of Wells, Texas.” Abortion is defined in the ordinance as “the act of using or prescribing an instrument, a drug, a medicine, or any other substance, device, or means with the intent to cause the death of an unborn child of a woman known to be pregnant.” The act is not considered to be an abortion if the procedure is done to “save the life or preserve the health of an unborn child; remove a dead, unborn child whose death was caused by accidental miscarriage; or remove an ectopic pregnancy.”

Not only does the ordinance criminalize the abortionist, but the ordinance also criminalizes anyone who would aid and abet an abortion. The ordinance states, “It shall be unlawful for any person to knowingly aid or abet an abortion that occurs in the City of Wells, Texas. This section does not prohibit referring a patient to have an abortion which takes place outside of the city limits of Wells, TX. This includes, but is not limited to, the following acts: (a) Knowingly providing transportation to or from an abortion provider; (b) Giving instructions over the telephone, the internet, or any other medium of communication regarding self-administered abortion; (c) Providing money with the knowledge that it will be used to pay for an abortion or the costs associated with procuring an abortion; (d) Coercing a pregnant mother to have an abortion against her will.”

The ordinance does not criminalize the woman seeking the abortion. 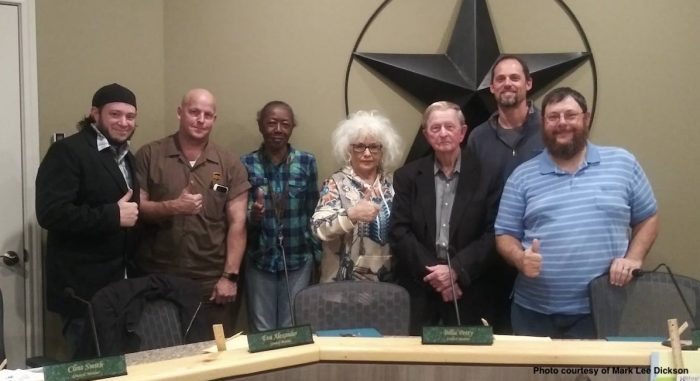 While concern regarding the expansion of the abortion industry in Texas is statewide, pro-life organizations like Right To Life of East Texas and Texas Right To Life are especially concerned about the Louisiana abortion industry relocating to East Texas. In June of 2019, the city of Waskom was concerned an abortion facility across the border was looking to relocate to their city – a city which only has a population of 2,189. The facility in question was Hope Medical Group for Women, a Shreveport abortion business at the center of the Supreme Court case addressing Louisiana’s Act 620, which deals with requiring abortionists to obtain admitting privileges.

Hope Medical Group for Women draws pregnant women from a 200 mile radius and commits about 100 abortions every week – an estimated 20 abortions every Tuesday, 30 abortions every Thursday, and 50 abortions every Saturday. The city of Waskom did not want to become the new center point for abortions between Dallas, Texas, and Jackson, Mississippi. This is why the City of Waskom became the first city in the nation to outlaw abortion. The City of Wells became the twelfth city in the nation to outlaw abortion for this very same reason. Both cities wanted to make sure they were safe from the expansion of the abortion industry. As City Secretary Melanie Pounds said, “We would rather have an ordinance in the books that will never be needed than wake up one day needing the ordinance and it being too late to have it.”

Councilman Matt Myers shared his thoughts on the ordinance:

I can’t think of a better ordinance to pass than the one we just passed tonight. It gives me hope that there are still God-fearing Americans who are willing to call abortion what it is – murder. It’s my opinion that protecting the life of preborn children should be a priority of every God-fearing citizen in America. I’m hopeful that more cities across the nation will do the right thing and speak up for the protection of these children. I was very happy that five of my own children were able to witness this vote. I hope it will inspire them to be men and women who will speak the truth in the midst of a sick culture that murdered 60 million children since 1973. We need to change that legacy. I went home tonight and hugged my 5 month old and thought, “It’s children just like you who we’re trying to protect buddy.”

More cities in Texas are expected to outlaw abortion in the coming weeks.