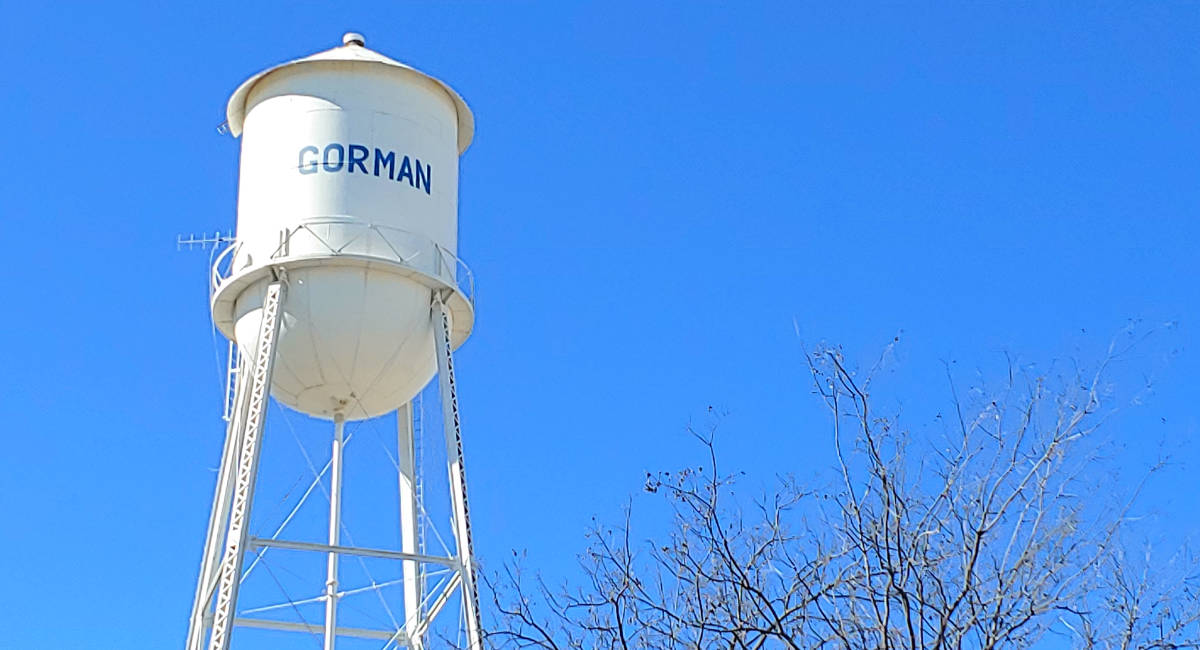 Another city in Texas has outlawed abortion within its city limits. The city of Gorman (pop. 1,083), located about 70 miles southeast of Abilene and 100 miles southwest of Fort Worth, has become the 21st in the nation to outlaw abortion by the passing of an enforceable ordinance prohibiting abortion.

The vote to outlaw abortion took place on Thursday, March 4, after a room full of residents and community leaders addressed the mayor and the Gorman City Commission about why they wanted to see abortion outlawed within their city limits. The vote taken by the four female city commissioners was unanimous. As a result of the vote, no unborn children will be able to be murdered by abortion in Gorman, Texas.

Abortion is defined by the Gorman Ordinance as, “the act of using or prescribing an instrument, a drug, a medicine, or any other substance, device, or means with the intent to cause the death of an unborn child of a woman known to be pregnant.” The term does not include birth control devices or oral contraceptives and the ordinance is clear that the act is not an abortion if the act is done with the intent to “save the life or preserve the health of an unborn child, remove a dead, unborn child whose death was caused by accidental miscarriage, or remove an ectopic pregnancy.”

One of the many leaders behind the effort to see abortion outlawed in Gorman was Pastor Richard Watson of New Hope Baptist Church. Pastor Watson has served as a pastor in the community since 1978 and has also served as a local pharmacist for years. When asked why he wanted to see abortion outlawed, his answer was simple: “… Abortion is destroying life made in God’s image.” Watson added, “There is no Constitutional right to choose to do away with the life of the unborn.” Watson was one of several pastors involved in circulating a petition collecting over 100 signatures of residents who wanted abortion to be banned within the city limits of Gorman, Texas. 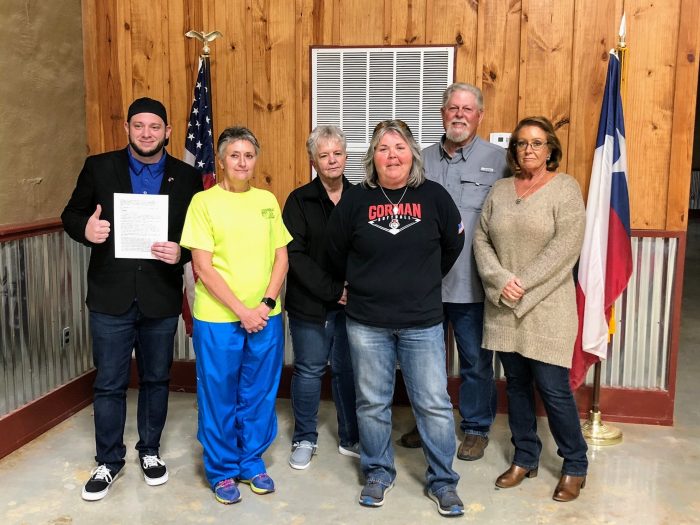 Mayor David Perry was in full support of his four City Commissioners’ vote to ban abortion. Mayor Perry shared, “I feel it is very important for small towns like Gorman to pass this Sanctuary City ordinance simply because of the message it sends to the people outside of the community, but especially to all of the children and the citizens of the community.”

The Gorman Ordinance contains both public and private enforcement mechanisms. The public enforcement mechanism establishes fines against the abortionist and anyone who aids and abets the abortionist for an abortion taking place within the Gorman city limits. The ordinance states that the fines established under this section of the ordinance cannot be imposed unless Roe v. Wade is overturned or several other scenarios take place. The private enforcement mechanism, however, is not dependent upon Roe being overturned and is immediately enforceable. The Gorman Ordinance states: “Any person, corporation, or entity that commits an unlawful act. . . other than the mother of the unborn child that has been aborted, shall be liable in tort to a surviving relative of the aborted unborn child, including the unborn child’s mother, father, grandparents, siblings or half-siblings. The person or entity that committed the unlawful act shall be liable to each surviving relative of the aborted unborn child for (a) Compensatory damages, including damages for emotional distress; (b) Punitive damages; and (c) Costs and attorneys’ fees.”

Section F-4 of the Gorman Ordinance reads “Private enforcement . . . may be brought against any person, corporation, or entity that commits an unlawful act . . . upon the effective date of the ordinance, regardless of whether the Supreme Court has overruled Roe v. Wade, 410 U.S. 113 (1973), or Planned Parenthood v. Casey, 505 U.S. 833 (1992), and regardless of whether the current jurisprudence of the Supreme Court permits states and municipalities to punish those who violate abortion prohibitions.”

The City of Gorman follows the cities of Waskom, Naples, Joaquin, Tenaha, Gilmer, Westbrook, Rusk, Colorado City, Gary, Big Spring, Wells, Whiteface, East Mountain, New Home, Morton, Ackerly, Grapeland, Goldsmith, and Carbon which have all passed similar ordinances. The city of Omaha was the second city to have outlawed abortion, but after receiving a letter from the ACLU, the city council chose to walk back the ordinance and embraced a non-enforceable resolution instead. In February of 2020, the ACLU filed a lawsuit against seven Sanctuary Cities for the Unborn only to withdraw their lawsuit in May of the same year. The lawsuit from the ACLU did not cost the Sanctuary Cities for the Unborn one cent and abortion continues to remain banned in every city that was sued.

If the City of Gorman is sued for passing the ordinance, Jonathan F. Mitchell, the former Solicitor General of the State of Texas, has agreed to represent the city at no cost to the city and at no cost to taxpayers.

Commissioner Brown expressed appreciation for Mitchell’s services but was quick to let the packed city hall know who she was ultimately counting on in the end. “So many people seem to be so worried about lawsuits and I appreciate the fact that we have been given a lawyer free of charge, but I think the best lawyer that we have is God and I think He is going to be the one who is going to be the final decision maker in this matter.”

Gorman is not expected to be the last city to outlaw abortion.