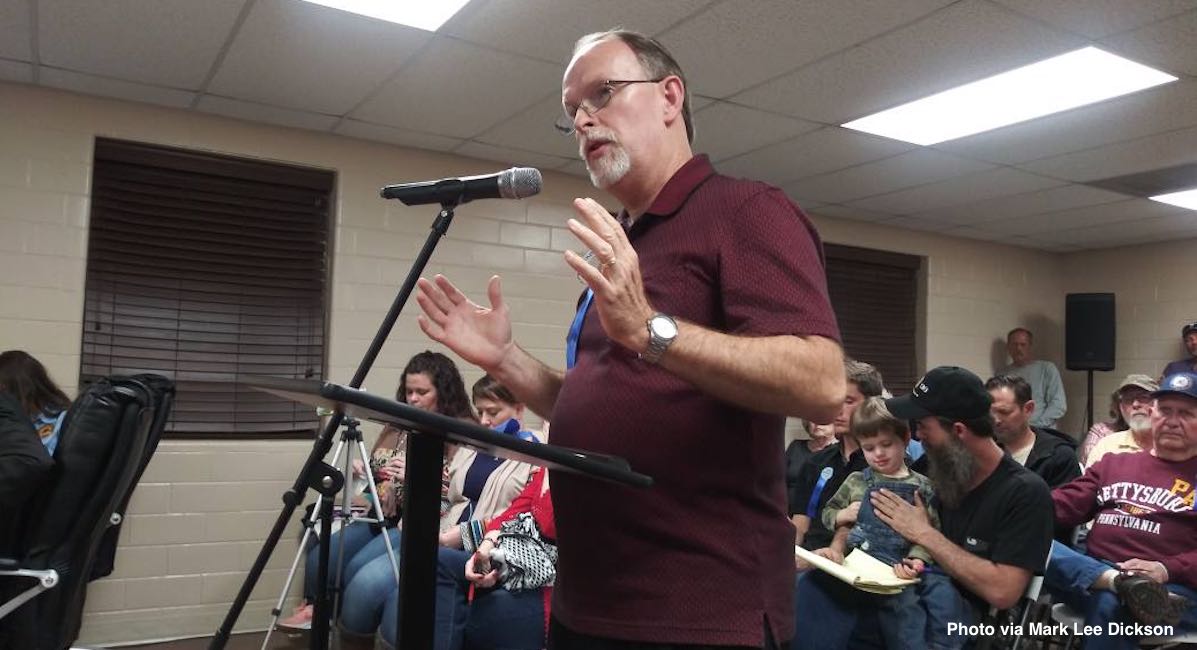 On Thursday, January 9th, the East Texas city of Rusk (population 5,618) became the eighth city in the nation to outlaw abortion by the passing of an enforceable ordinance. Rusk follows the East Texas cities of Waskom, Naples, Joaquin, Tenaha, Gilmer, and Westbrook.

The city of Omaha (population 1,021) had outlawed abortion in September, but after an intimidation letter by the ACLU, the city decided to walk back the ordinance to a non-enforceable resolution which does not protect the city from the abortion industry.

The Sanctuary Cities for the Unborn ordinance states, “a surgical or chemical abortion is the purposeful and intentional ending of a human life, and is murder ‘with malice aforethought’ since the baby in the womb has its own DNA, and at certain points in pregnancy has its own heartbeat and its own brainwaves . . . . These babies are the most innocent among us and deserve equal protection under the law as any other member of our American posterity as defined by the United States Constitution.”

The vote to outlaw abortion was not an easy vote for some of the council members, but it was what the people of Rusk, located in Cherokee County, wanted. During Cherokee County’s 2016 presidential election, 76.9% voted Republican, 20.7% voted Democrat, and 2.4% voted for other candidates. During the 2018 Republican Party primary, Cherokee County voters had the opportunity to vote on proposition #7. This proposition gave voters the chance to voice their opinion if they were “In Favor” of or “Against” the following statement: ” I believe abortion should be abolished in Texas.” In Cherokee County, out of 5,875 votes, 4,618 voted in favor of the idea of abolishing abortion in Texas and 1,257 voted against the idea abolishing abortion in the state of Texas.

This point became even more evident on Thursday night when Rusk resident Stephen Miller presented the City Council with over 600 signatures from residents of Rusk. Miller said that his family and a few others had collected these signatures in just a few weekends by going door to door throughout the five districts within the city.

According to Rusk District 3 Councilman Martin Holsome, seeing the number of signatures in his district spoke volumes. A total of 201 signatures in favor of Rusk becoming a “sanctuary city for the unborn” was collected from District 3.

At the end of the night, the vote by the City Council was three in favor and two against. In taking this action, Rusk became the eighth city to outlaw abortion in the nation and join the growing number of cities that are saying, “Babies will not be murdered in our city!”

On Tuesday, January 14th, the West Texas city of Colorado City voted 5-1 to outlaw abortion and became the ninth city to outlaw abortion in the nation. That same night, the city of Big Spring voted on the Sanctuary Cities for the Unborn ordinance with a vote of three for, two against, one abstaining, with one member of the City Council absent. The City of Big Spring requires a two part vote on all ordinances. Since the Sanctuary Cities for the Unborn ordinance passed its first vote Tuesday night, it will have to pass a second vote at the next meeting for abortion to be outlawed and for Big Spring to become a Sanctuary City for the Unborn.