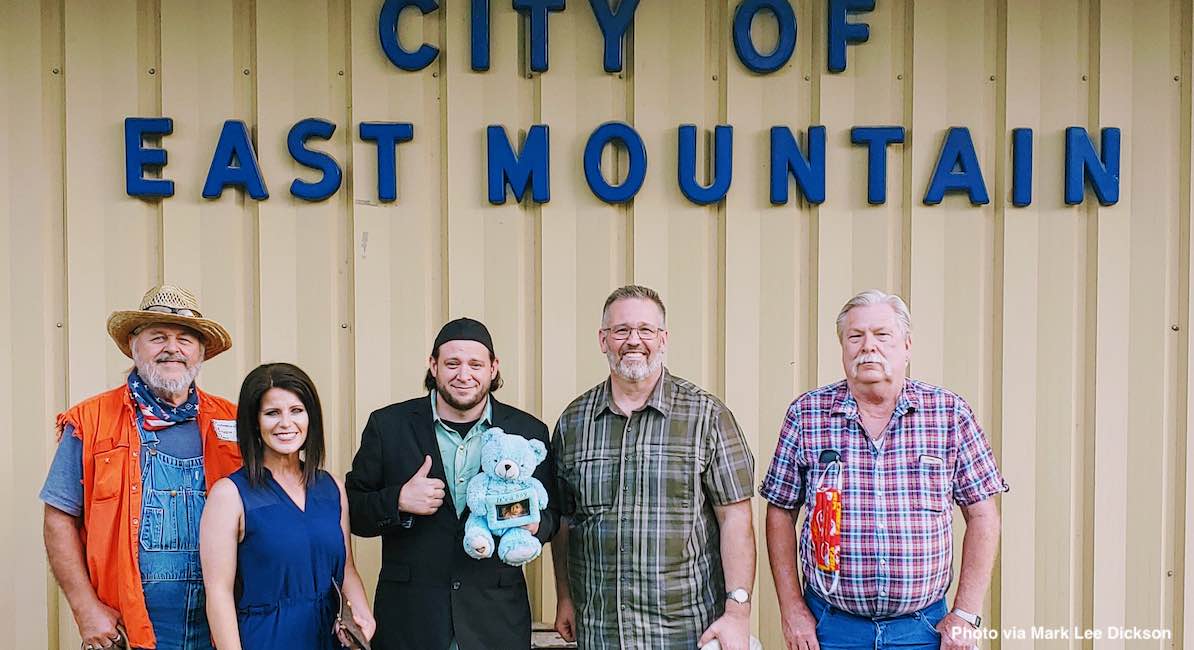 The city of East Mountain (population 797), located in the piney woods of East Texas, has became the 14th city in the nation to outlaw abortion by the passing of an enforcable ordinance. The long-awaited vote came on the night of Monday, July 20th, and was the first city to outlaw abortion since the government shutdown due to COVID-19 in March. East Mountain follows the cities of Waskom, Naples, Joaquin, Tenaha, Gilmer, Westbrook, Rusk, Colorado City, Gary, Big Spring, Wells, and Whiteface, Texas, which all have passed similar ordinances.

The city of Omaha was the second city to have outlawed abortion, but after receiving a letter from the ACLU, the city council chose to walk back the ordinance and embraced a non-enforcable resolution instead.

The city of East Mountain is located in southeastern Upshur County with a small portion of the county in Gregg County. In Upshur County’s 2016 Presidential Election 82.5% voted Republican, 14.9% voted Democrat, and 2.7% voted for other candidates. The lesser conservative Gregg County saw 68.9% voting Republican, 28.0% voting Democrat, and 3.1% voting for other candidates.

While the ordinance does not prevent a woman from obtaining an abortion outside of the city limits of East Mountain, it does prohibit any abortion facility or services from being provided within the city limits of East Mountain. This ordinance penalizes the abortionist and anyone who aids and abets the abortionist in the intentional killing of an unborn human being. The ordinance does not contain penalties for women who have abortions.

The Public Enforcement or Future Enforcement part of the ordinance states, “If the Supreme Court overrules Roe v. Wade . . . and Planned Parenthood v. Casey . . . a person who commits an unlawful act described [in the ordinance] shall be subject to the maximum penalty permitted under Texas law for the violation of a municipal ordinance governing public health, and each violation shall constitute a separate offense.”

The Private Enforcement or Immediate Enforcement part of the ordinance states, “A person or entity that commits an unlawful act . . . other than the mother of the unborn child that has been aborted, shall be liable in tort to any surviving relative of the aborted unborn child, including the child’s mother, father, grandparents, siblings or half-siblings, aunts, uncles, or cousins. The person or entity that committed the unlawful act shall be liable to each surviving relative of the aborted unborn child for: Compensatory damages, including damages for emotional distress; Punitive damages; and Costs and attorney’s fees. There is no statute of limitations for this private right of action.” The Private Enforcement also allows for any private citizen to bring a qui tam relator action against a person or entity that plans to commit an unlawful act and may be rewarded injunction relief, statutory damages, and costs and attorney’s fees.

The effort to see abortion outlawed in the city began on January 19th, 2020, at a Sanctity of Life Sunday service at East Mountain Baptist Church. The government shutdown resulted in the ordinance not being able to be presented for a vote until the month of July. Pastor Tim Smith said:

I know that right now our world appears to be in chaos. But the reality is that right has never been more clear when compared to wrong. I am not speaking of protests, racial issues, politics, etc. What I am speaking of is the ending of human life . . . not just any human life, but that of the most innocent, the most vulnerable…. The reality is right and wrong have never been more clear than on this issue. If the life of an animal is precious, how much more is the life of a human being made in the image of God?

East Mountain resident Hugger Dave Sullens agrees with Pastor Smith. Sullens reflected on the preciousness of his own grandchildren, adding, “I do not agree that killing a baby is a thing that should happen. I never agreed with Roe v. Wade in the first place. Anything we can do to stop killing babies is a good thing.”

Bill Fowler, another East Mountain resident, said, “I’m very proud of my fellow citizens in East Mountain. Silence is not the answer. All it takes for evil to triumph is for good people to do nothing.” Fowler went on to say, “It is the duty of every elected official to lead in the direction that is most beneficial to their constituents, not to take the easy road, but to stand for what is right….”

More cities throughout Texas are expected to entertain the idea of passing an ordinance to outlaw abortion in the near future.