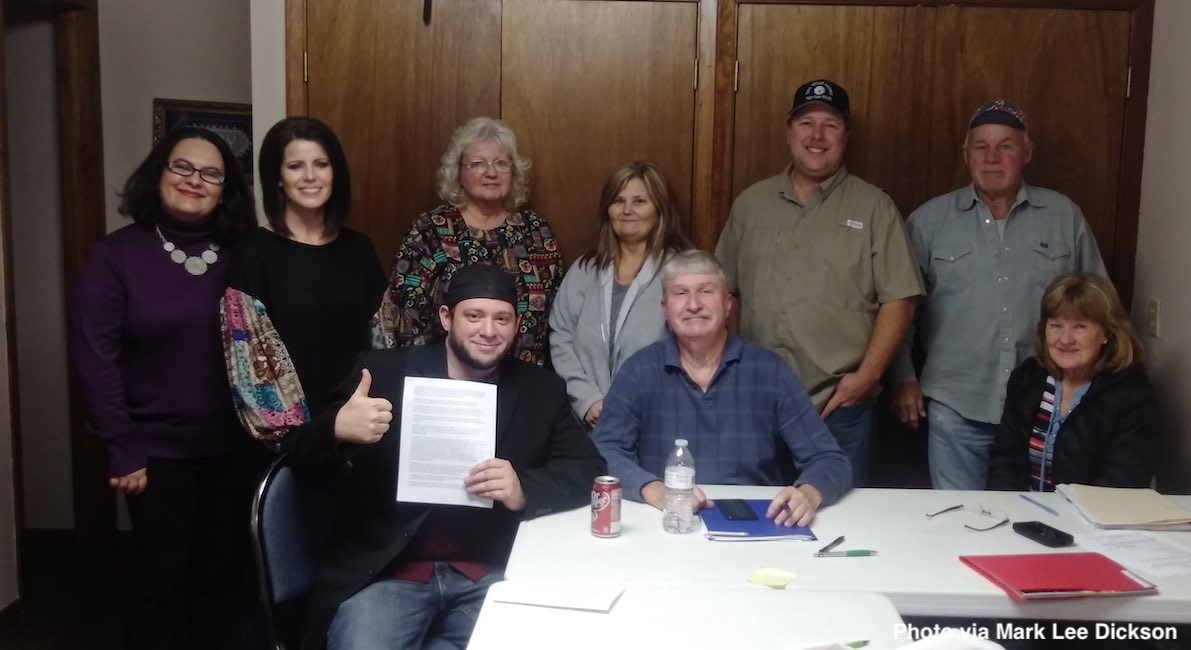 The East Texas city of Gary (population 311) became the 10th city in the nation to outlaw abortion when it passed an enforceable ordinance this past week on January 16th. The cities of Waskom, Naples, Joaquin, Tenaha, Gilmer, Westbrook, Rusk, and Colorado City have also passed ordinances.

Unfortunately, the passage of such an ordinance is not without controversy; after the city of Omaha in Texas outlawed abortion in September, the ACLU sent the city an intimidation letter, and the city chose to walk back the ordinance to a non-enforceable resolution. This does not protect the city from the establishment of an abortion facility in the area.

During the 2018 Republican Party Primary, voters in Panola County, where Gary is located, had the opportunity to vote on proposition #7, which gave voters the chance to voice their opinion if they were “In Favor” or “Against” the statement, ” I believe abortion should be abolished in Texas.” Out of 3,424 votes, a whopping 2,754 voted in favor of the idea of abolishing abortion in the state of Texas and 670 voted against it. The vast majority, 81% of voters, voted Republican in Panola County during the last presidential election. Last week, the Council in Gary voted unanimously to outlaw abortion in their city.

After the packed city council meeting, local Pastor Dale Walker of Eastview Baptist Church shared his thoughts about the passing of the ordinance. “I am so proud of Gary City, Texas, for the stand the City Council took against not just abortion, but against taking the lives of the innocent who can’t speak for themselves,” he said.

The ordinance works prohibits any abortion facility or services from being provided within the city limits of the City of Gary. In addition to this, the ordinance also outlaws the sale and distribution of emergency contraception. There are no penalties for women who have abortions; instead, the ordinance penalizes the abortionist and anyone who aids and abets the abortionist.

The Public Enforcement or Future Enforcement part of the ordinance states, “If the Supreme Court overrules Roe v. Wade . . . and Planned Parenthood v. Casey . . . a person who commits an unlawful act described [in the ordinance] shall be subject to the maximum penalty permitted under Texas law for the violation of a municipal ordinance governing public health, and each violation shall constitute a separate offense.”

The Private Enforcement or Immediate Enforcement part of the ordinance states, “A person or entity that commits an unlawful act . . . other than the mother of the unborn child that has been aborted, shall be liable in tort to any surviving relative of the aborted unborn child, including the child’s mother, father, grandparents, siblings or half-siblings, aunts, uncles, or cousins. The person or entity that committed the unlawful act shall be liable to each surviving relative of the aborted unborn child for: Compensatory damages, including damages for emotional distress; Punitive damages; and Costs and attorney’s fees. There is no statute of limitations for this private right of action.”

The Private Enforcement also allows for any private citizen to bring a qui tam relator action against a person or entity that plans to commit an unlawful act and may be rewarded injunction relief, statutory damages, and costs and attorney’s fees.

Today, the Sanctuary Cities for the Unborn Initiative is collecting signatures in the cities of Carthage, Lindale, and East Mountain with hopes of addressing these cities in the near future.