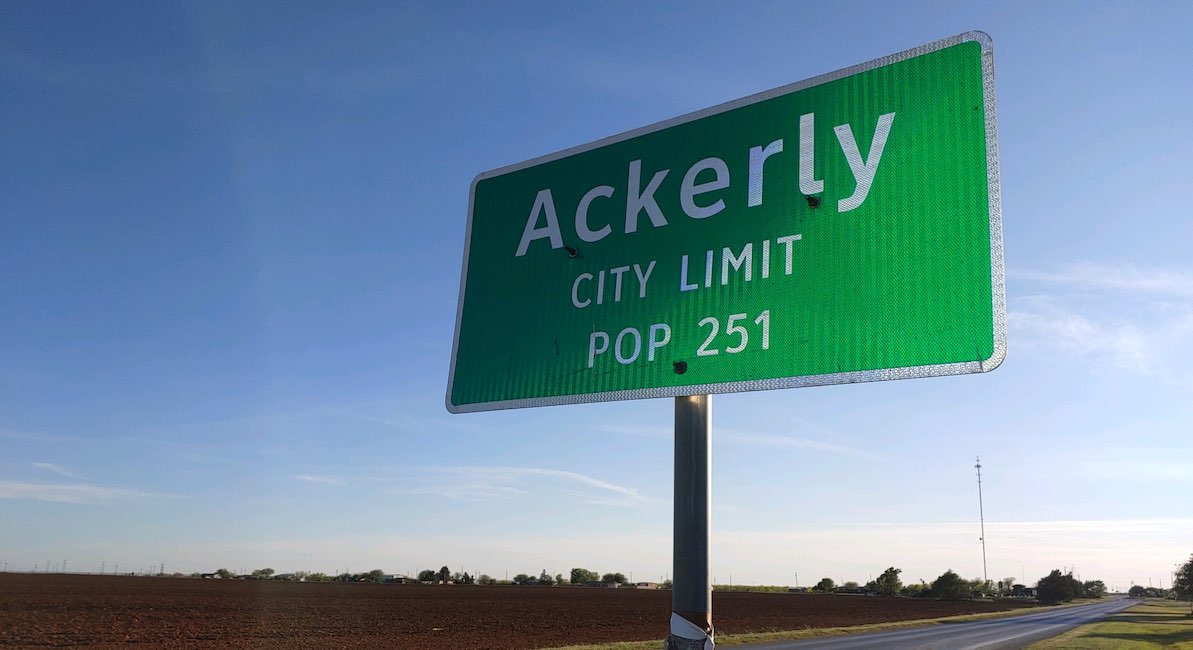 On Tuesday, December 1st, the City of Ackerly, Texas (population 251), located about 60 miles northeast of Midland and 80 miles south of Lubbock, became the 17th city in the nation to outlaw abortion by the passing of an enforceable ordinance. As a result of the council’s unanimous 6-0 vote, no unborn child will be able to be murdered by abortion within the city limits of Ackerly.

Over the last year, several Ackerly residents signed an online petition supporting the outlawing of abortion in their city. The first signer was Meagan Gicklhorn in November 2019. Her reason was simple and direct: “I want to see abortion outlawed in Ackerly because abortion is murder, no matter the gestation.” Peter Enns, owner of the local cafe in Ackerly, also signed the petition, noting his conviction that abortion is murder. These residents were two of many with similar convictions regarding abortion.

There was no doubt that the majority of Ackerly residents opposed abortion and recognized its negative impact in communities across the country. During the City Council meeting, Mayor Scott Ragle shared his desire to see the culture of life found in Ackerly preserved for current and future generations. “We do not want our city to become the Los Ybanez of abortion,” said Mayor Ragle, referring to a small nearby city which was incorporated in the 1970s for the purpose of legalizing the sale of alcohol within its city limits. Los Ybanez became a destination hotspot for residents in neighboring towns looking to purchase alcohol, which impacted neighboring communities. Councilman Kornelius Enns and the five other council members agreed: abortion is not something they ever want to see offered or committed within city limits. 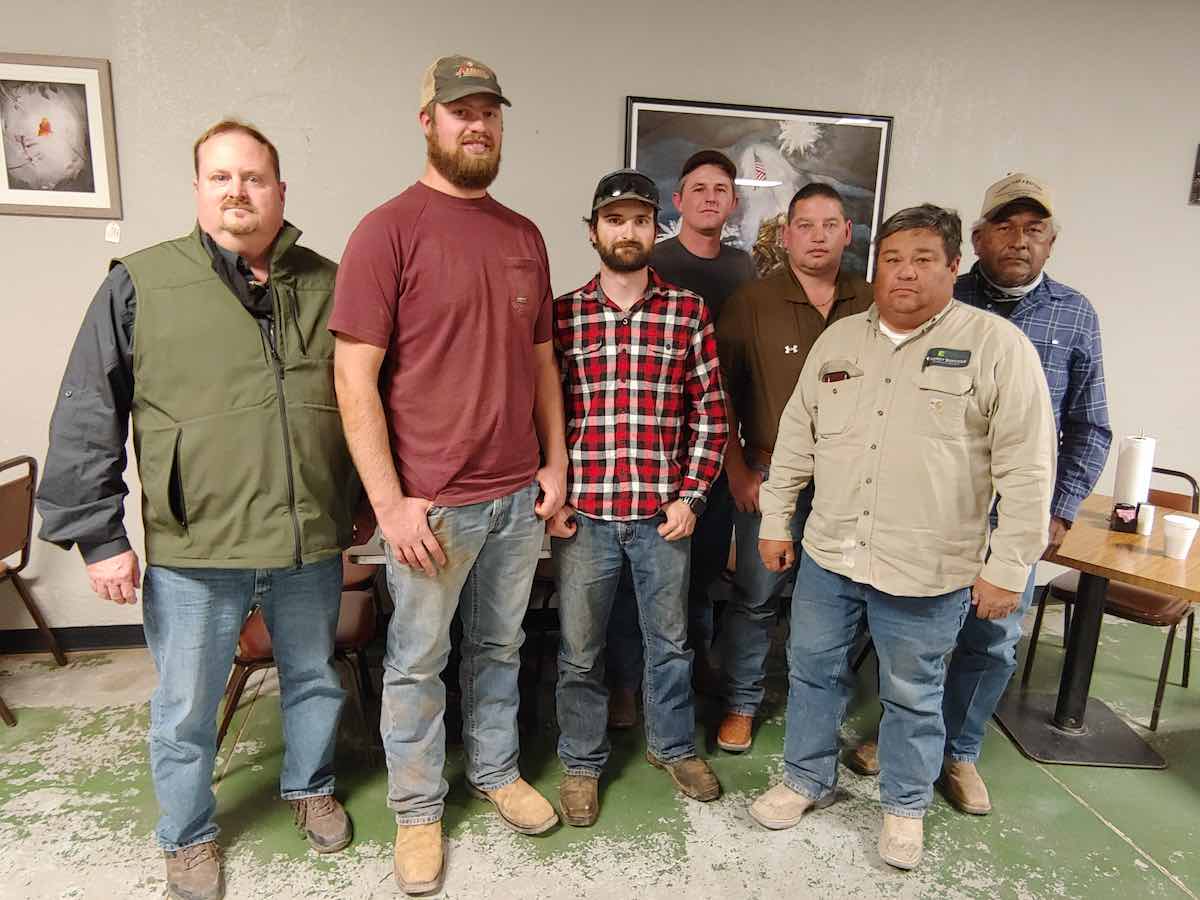 Upon the ordinance’s unanimous passage, the Mayor Shannon Thomason of Big Spring, who had attended the meeting to show support, congratulated the Mayor and City Council, saying, “Ackerly: Welcome to the Club!” The City of Big Spring (pop. 28,162), located 25 miles southwest of Ackerly, was the 11th and closest city to Ackerly pass the ordinance. Thomason encouraged Ackerly not to be discouraged or swayed by inquiries or pushback from groups like the ACLU, which previously sued seven cities in East Texas over the ordinance but withdrew their lawsuit three months later. Abortion remained banned in every city which was sued and the lawsuit did not cost the city or taxpayers any money.

Like the ordinances which recently passed in New Home and Morton, Ackerly’s Ordinance is based on the Ten Findings in Section A1-10. It immediately outlaws abortion within the city limits and contains both and public and private enforcement mechanisms. The public enforcement (or delayed enforcement) mechanism establishes fines against the abortionist and anyone who aids and abets the abortionist for any abortion taking place within the city limits of Ackerly. The penalties under this section of the ordinance cannot be imposed unless the “individual seeking to impose the penalty . . . has determined that the imposition or threatened imposition of this penalty . . . will not create an ‘undue burden’ on women seeking abortions,” OR the “person, corporation, or entity who committed the unlawful act . . . lacks standing to assert the third-party rights of women seeking abortions in court” OR the Supreme Court overrules Roe v. Wade (1973) and Planned Parenthood v. Casey (1992).”

The private enforcement (immediate enforcement) mechanism is not delayed and is not dependent upon Roe v. Wade being overturned but is immediately enforceable. The Private Enforcement section of the Ackerly Ordinance states, “Any person, corporation, or entity that commits an unlawful [abortion]. . . other than the mother of the unborn child that has been aborted, shall be liable in tort to a surviving relative of the aborted unborn child, including the unborn child’s mother, father, grandparents, siblings or half-siblings. The person or entity that committed the unlawful act shall be liable to each surviving relative of the aborted unborn child for: (a) Compensatory damages, including damages for emotional distress; (b) Punitive damages; and (c) Costs and attorneys’ fees.”

Section F4 of the Ackerly Ordinance states that “Private enforcement . . . may be brought against any person, corporation, or entity that commits an unlawful act . . . upon the effective date of the ordinance, regardless of whether the Supreme Court has overruled Roe v. Wade, 410 U.S. 113 (1973), or Planned Parenthood v. Casey, 505 U.S. 833 (1992), and regardless of whether the current jurisprudence of the Supreme Court permits states and municipalities to punish those who violate abortion prohibitions.”

The City Council of the City of Lubbock (population 255,885), located 80 miles northeast of Ackerly, were recently forced to vote on the ordinance through a provision in the City Charter called “Initiative and Referendum.” Because Lubbock residents took advantage of this provision, the recent 7-0 vote by the Mayor and City Council of Lubbock against the ordinance outlawing abortion was not the final word on the matter. The ordinance is expected to appear on the ballot in Lubbock for voters to accept or reject in the May 2021 election.