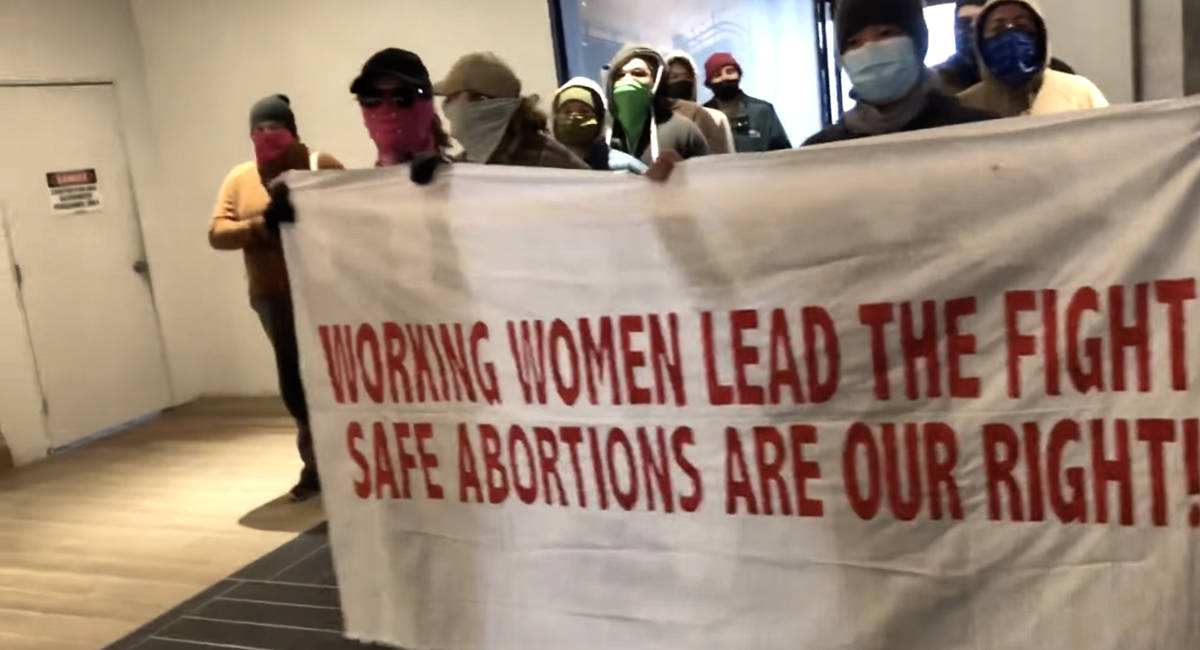 A pro-life educational conference in Texas was crashed by angry abortion activists who quickly turned violent.

Texas Right to Life was holding its “Boots on the Ground” event in Austin on January 22, when it was crashed by a group of abortion activists. Initially, the group simply marched in, carrying a banner and chanting. They all were wearing masks and hats, with a banner that read, “Working women lead the fight/safe abortions are our right!” The group chanted, “Working women, give them hell; it is right to rebel. We will defend abortion rights; working women, rise and fight!”

But it soon became clear that it was a violent set-up, with one member standing separately from the group; that person soon began lighting smoke bombs on fire, and throwing them at a group of students. They were able to throw two before hotel staff intervened, urging the violent group to leave.

Afterwards, it was discovered that in addition to throwing smoke bombs, the group had vandalized hotel property with pro-abortion graffiti.

Though the abortion industry frequently accuses the pro-life movement of violence, the reverse has increasingly been an issue. Earlier this month, a female Nebraska senator received rape and death threats after introducing heartbeat legislation, and pro-abortion threats and actions are not unusual. Pro-life activists have, on numerous occasions, been held held at gunpoint (including minors). Pro-life activists have been assaulted, often leading to hospitalization. Pro-abortion activists have thrown Molotov cocktails and manure at pro-lifers. Other pro-lifers have been stabbed, shot, punched, kicked, and spit on.

And while the pro-life movement frequently condemns violence against the abortion industry, violence done by abortion advocates against pro-lifers rarely creates any outrage or media attention, nor does the abortion industry vocally denounce it. This violence will almost certainly continue to take place, and as the pro-life movement grows closer to overturning Roe v. Wade, it will only become more vital for pro-lifers to take security precautions and remain safe.