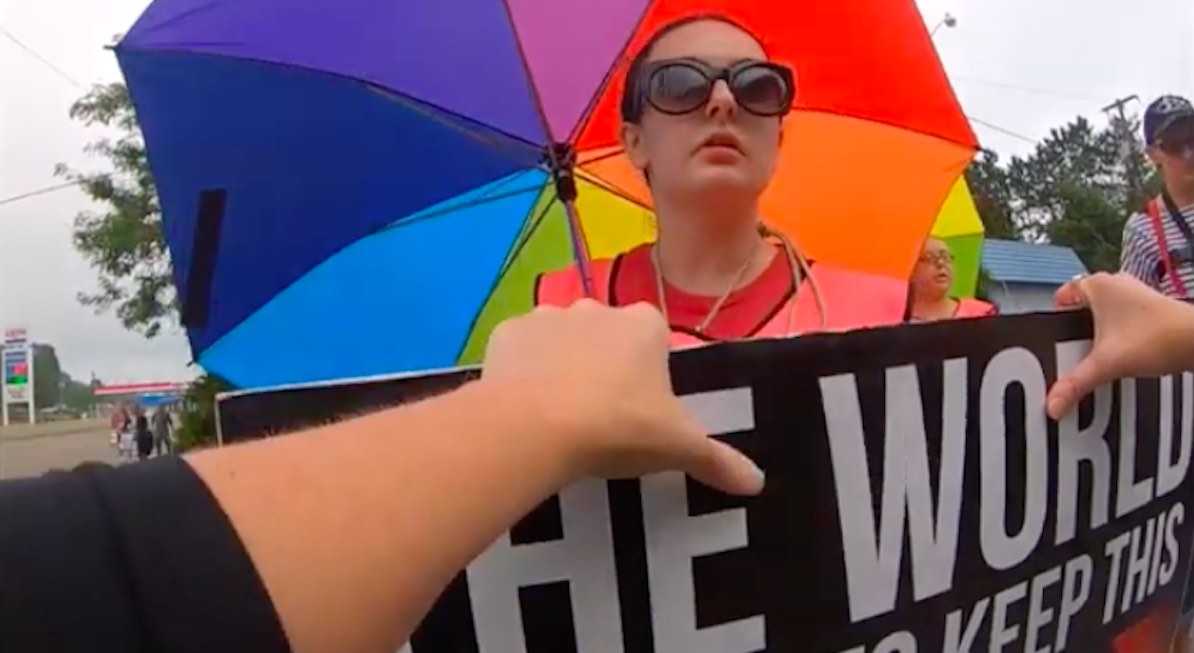 Several videos shared with Life News show abortion facility escorts repeatedly assaulting, threatening, and taunting pro-life activists, in another sign of increasing violence and hostility from the pro-abortion movement. These videos were filmed outside of Bristol Regional Women’s Center in Bristol, Tennessee. It is the same abortion facility where pro-lifers were threatened with a loaded gun in 2015. One of the abortionists at this facility likewise has been arrested for pointing a loaded gun at pro-life protesters, one of whom was a minor.

In the first video, an abortion facility escort repeatedly follows a pro-life woman around, even as she attempts to move multiple times. The escort pushes against her, leans on her hands, and refuses to leave her alone, despite pleas throughout the video to stop being followed. In addition to harassing the pro-life woman, the escort repeatedly insults her, calling her a “b****” and a “piece of s***.” The escort repeatedly leans all of her weight against the sign, and mocks the pro-life activist, saying, “Call the cops! Call the cops! You know what they’ll do? Nothing.”

Another facility escort off-screen can be heard further insulting the pro-life woman, saying, “You’re a childless b****! Absolutely nothing in your womb and nothing ever gonna be in your womb!” as the other woman smiles smugly and nods. Toward the end of the video, the escort kicks the sign, and then laughs, “What are you gonna do about it? You can’t do anything about it!”

WARNING: The beginning of this video features an image of an aborted child, and the video contains profanity.

In another video, what appears to be the same abortion escort confronts a pro-life woman, aggressively walking towards her and pressing her body heavily against her sign. The same name, Alethea, is mentioned, and she pushes against the sign, refusing to move even though the pro-life activist repeatedly asks her to.

While it can’t be seen in the video, the pro-life woman is heard telling the escort not to spit on her. The escort responded, “Take me to court, or this is your f***ing life now.”

After the pro-life activist calls the police, the escort taunts her again. “And what do you think they’re gonna do about it?” she asks, as she continued to refuse to move away. “Have they ever done anything about it?”

Any intentional act that causes someone to fear they may be physically harmed, as well as threatening or intimidating behavior, fits the legal definition for assault. Intentionally touching or striking someone in a way that they find offensive or harmful, without the victim’s consent, is legally considered battery. The facility escort’s behavior appears to fall under both of these terms, though Life News reported that local police have not been willing to do anything to hold the facility escorts accountable, even as the aggressive behavior has increased.

Editor’s Note: The name “Olivia” was incorrect and has been changed to Alethea, thanks to an alert from a reader.