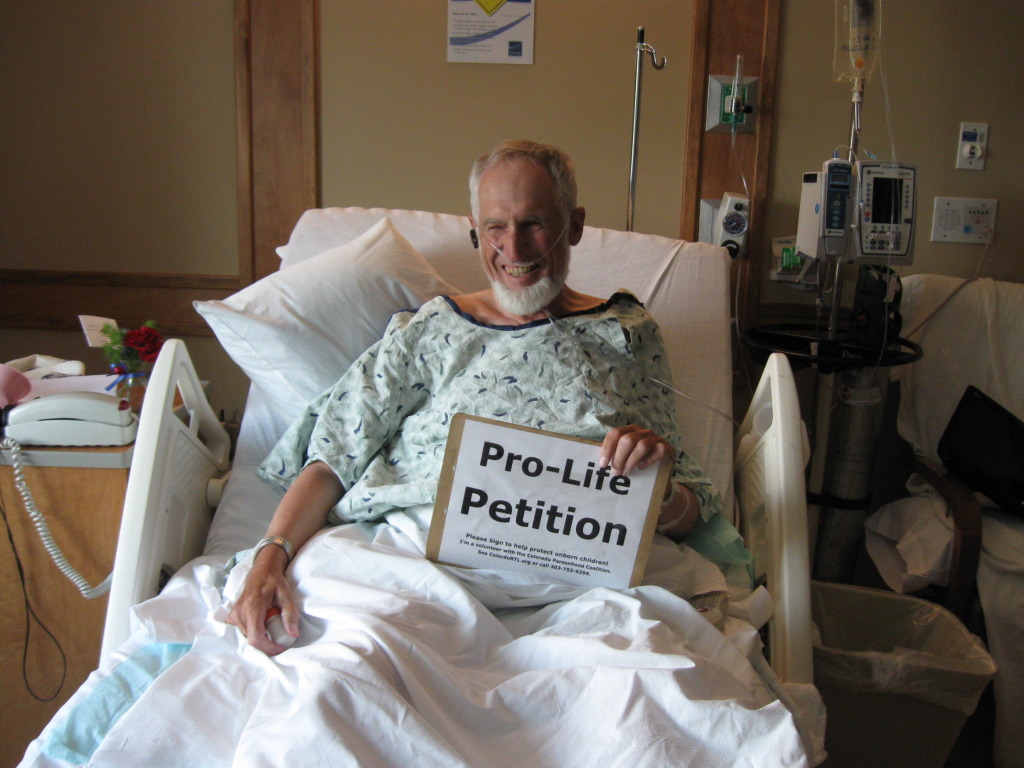 Another violent attack on a pro-life volunteer is escalating tensions over Colorado’s latest personhood drive.

Just days after the home of Keith and Jennifer Mason, founder and communications director of Personhood USA, was vandalized by pro-choice terrorists in the dark of night, another violent attack on a pro-life volunteer is escalating tensions over Colorado’s latest personhood drive.

Everett Stadig, a soft-spoken 69-year-old pro-life volunteer, was collecting signatures Saturday for the personhood amendment outside his local grocery store. When he asked one man if he would be interested in signing a pro-life petition to outlaw abortion in Colorado, the man became violent. Stadig told LifeSiteNews:

“He was yelling ‘I’m pro-choice!’”  Stadig recalled, adding that he used “most foul language.”

Stadig explained that being ‘pro-choice’ meant pro-abortion, and again urged him to sign. At first the man walked away, but returned half a minute later, still swearing and yelling.

The assault left Stadig in so much pain that he couldn’t stand up. He called for help and asked bystanders to see if they could identify the attacker’s license plate number. Fortunately, one onlooker was able to record the license plate for local police. Although he plans to press charges and has filed a police report, Stadig has heard no news from local authorities about the man’s identity or follow-up charges.

Stadig had to be taken by ambulance to the hospital, where he underwent surgery for a broken hip. Not even surgery could stop this gentle giant from continuing to petition, though. As Colorado faces the last week of the personhood signature campaign, Everett is collecting signatures from his hospital bed. He asks with a smile, “Where will you be collecting signatures this week?”

In the past, Everett Stadig has used his uncanny likeness to Abraham Lincoln to make pro-life appeals. During summers at Mt. Rushmore, he poses for photo opportunities and points out that “in Abe’s day, slaves were denied personhood, just like unborn children today!” During South Dakota’s 2006 campaign to ban abortion, Stadig appeared in this pro-life commercial:

If you haven’t signed Everett’s Colorado personhood petition yet, please contact the office at (303) 456-2800. Signatures must be postmarked and mailed back to the Personhood Colorado office by July 6!