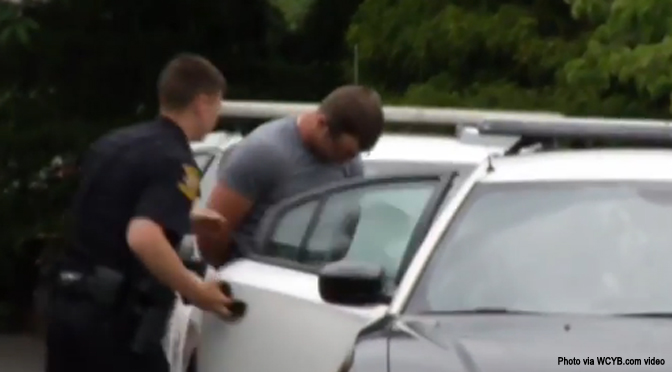 A Virginia man has been arrested and charged with aggravated assault for using a gun to threaten pro-life protestors at a Tennessee abortion clinic, the Johnson City Press reports.

According to police, an argument broke out between a pro-lifer and Derrick Doss, 32, who was at the Bristol Regional Women’s Center with his girlfriend. As the confrontation intensified, Doss went to his car to get a gun and then loaded it. WCYB reports that protestors accuse him of pulling the weapon on them, but Doss claims he never removed it from the holster and only retrieved it because he felt threatened.

In their report on the story, Life News recalls a similar incident in 2012, when South Carolina abortionist Gary Boyle pulled a firearm and pointed it at 40 Days for Life demonstrators. Boyle’s aggravated assault with a firearm charge was eventually reduced to disorderly conduct.

Though the mainstream media has extensively covered violence against abortionists such as George Tiller of Wichita, Kansas, acts of violence against pro-lifers tends to receive less attention.

Live Action News has previously covered several such incidents, including the murder of James Pouillon in 2009 for displaying signs featuring abortion victims, a Molotov cocktail thrown at an elderly pro-lifer in 2011, a rock thrown through the window of pro-life leaders Keith and Jennifer Mason in 2012, and death threats against pro-life leaders including Fr. Frank Pavone and Professor Robert George.