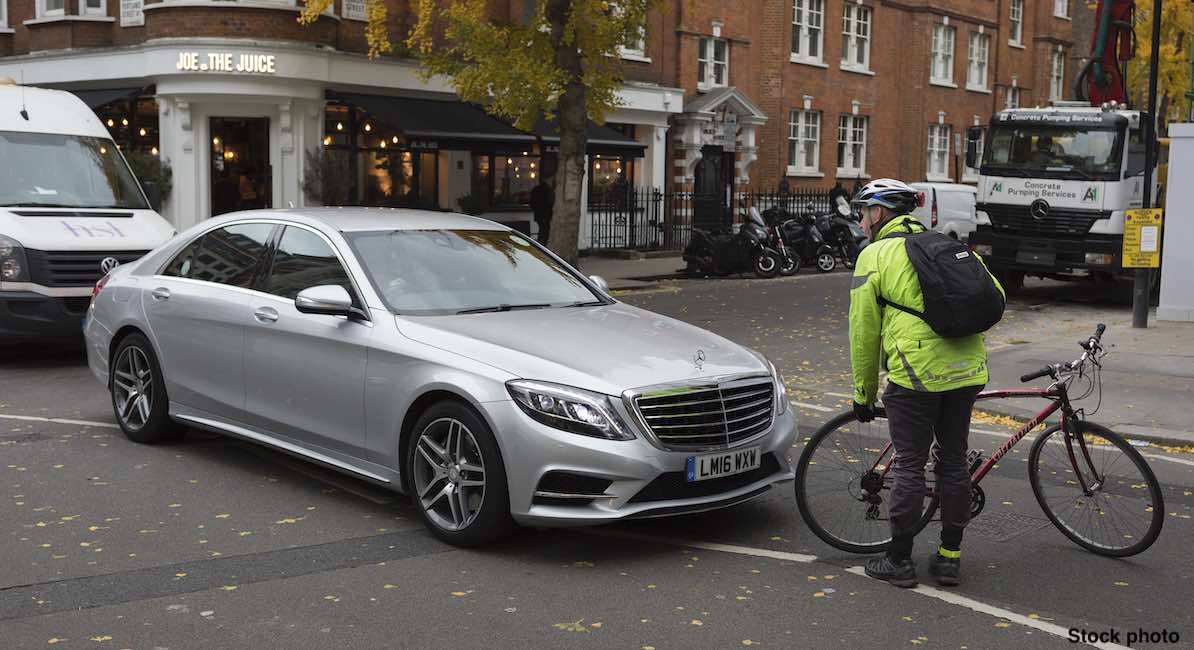 A man in Sydney is facing charges after spitting in the face of a man holding up a pro-life sign, according to an Australian radio station. Reporter Ben Fordham was sent dashcam footage which caught the entire attack on video.

In the footage, which was recorded by a man named Andrew Taylor, a delivery cyclist was seen riding down Macquarie Street before abruptly turning across traffic. A man holding a sign can just barely be seen, and the cyclist heads straight for him, jumping the sidewalk before spitting in his face. The cyclist then goes on his way, while the assault victim appears at first to not react.

According to Taylor, it was a “clear assault.”

“I did personally witness him wiping the spit off his face as he moved off to join his colleagues,” Taylor told the Ben Fordham Show, and identified the victim as a pro-life protester. After seeing the encounter, Taylor said he couldn’t remain silent about it.

“The cyclist was on my left hand side,” he began, explaining what he saw. “Didn’t think anything of it. Then he made a turn across the traffic, and did this jumping action with his bike, which at the time, I thought was quite cool, being a big parcel delivery bike, and he handled it quite well. But then, when he got onto the pavement, I saw him just spit in the guy’s face. And I just took umbrage to that. I just thought, no, that’s not nice, and I have to do something about it.”

Fordham pointed out that the cyclist went out of his way to target the pro-lifer, who was, in Fordham’s words, doing nothing wrong, as he was just standing there, peacefully protesting. “You don’t do that to people, at all,” Taylor said in agreement.

The cyclist has since been identified, and Chief Inspector Paul Dunstan told Fordham he will appear in court next month. “We saw the footage earlier today, of the despicable act of the gentleman being spat on on Macquarie Street,” Dunstan told Fordham. “I’m pleased to say that we’ve located, identified, and apprehended the gentleman who spat at the man in the video.”

Dunstan added that the man was being charged, but they wanted to find out who his victim was, also. “We’ve still yet to identify the man depicted in the footage,” he said, adding, “If anyone knows the gentleman depicted in the footage, let us know, so we can lay a more substantive charge of assault against the gentleman on the bicycle.” If the victim cannot be found, the cyclist will be charged with offensive conduct, but if the victim comes forward, the cyclist can be charged with assault.

According to Life News, this is the second assault or threat against pro-lifers in Australia. Two MPs who opposed the legalization of abortion reportedly received threatening phone calls from two men, and the men have since been charged. “I’ll slit your throat [if you don’t] f*** off,” one of the men allegedly said. The MP, Tanya Davies, said she reported the call to police, and called for a better discussion surrounding abortion.

“I am simply standing up for what I believe in and working hard to get this bill into a more humane and compassionate framework,” she told the Sydney Morning Herald. “Abortion is a very complex, emotive and highly sensitive topic. We need to have a civilised conversation without threats of violence or death.”