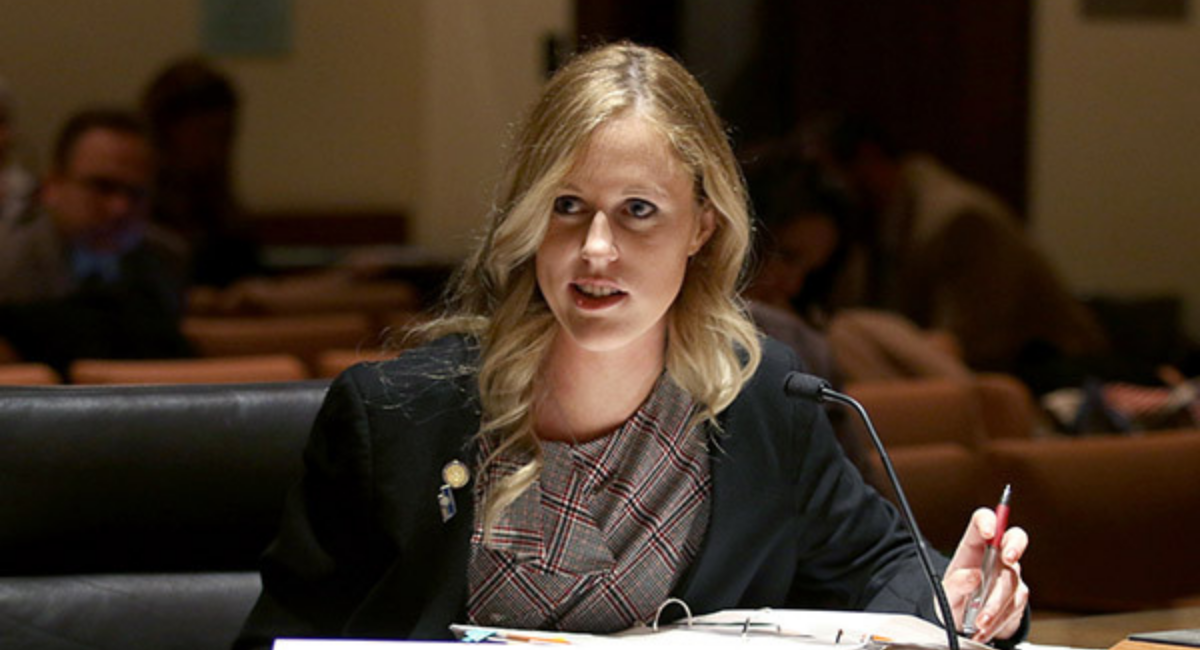 Nebraska state Senator Julie Slama, along with 20 cosponsors, introduced a bill to protect preborn children with detectable heartbeats this legislative session — and some are making their displeasure known in threatening and unacceptable ways. 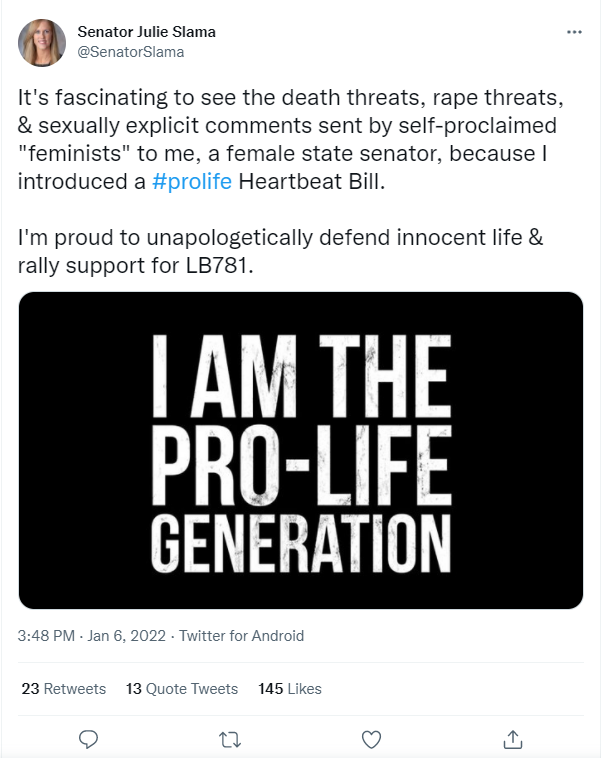 According to the Omaha World-Herald, Slama reported the threats to law enforcement, and an investigation is ongoing.

Screenshots of the threats showed a rape threat, threats of violence including saying the senator has “a great face to curb stomp,” and death threats in various forms, including emails, tweets, and direct messages on Twitter.

Sadly, the reaction to Senator Slama’s initiative is far from unusual. Many pro-life women have been the target of misogynistic and violent threats for expressing their deeply-held belief in the humanity of the preborn, and rape threats in response have become disturbingly common. In offline spaces, pro-lifers have been assaulted and villainized. When men express pro-life views, rape and death threats have been directed at their wives or family members. Frequently, as Sen. Slama stated, it is men who claim to be ‘feminists’ that are the perpetrators of sexually violent threats against pro-lifers.

Slama’s heartbeat bill – Legislative Bill 781 – is similar to bills introduceds in 15 other states. As Live Action News has reported, the bill would require a dating ultrasound prior to an abortion, and an abortion could not be committed if a fetal heartbeat is detected, which can be as early as six weeks’ gestation. According to News Channel Nebraska, Slama said that with 33 consistently pro-life senators on board – enough to break a filibuster – she feels positive about the legislation’s chance of passage.

Nebraska Right to Life, the Nebraska Family Alliance, and the Nebraska Catholic Conference condemned the threats in a joint statement:

There is no place in a civil society for the violent threats and messages sent to Senator Slama in response to the news that she introduced a pro-life bill in the Nebraska legislature. No public official, or any person regardless of their stance on any issue, deserves to have their human dignity degraded and disrespected in such a way.

We are proud to support Senator Slama and her legislation to help create a state where every unborn life is celebrated, valued, and protected. Together, our groups implore all people on both sides of the issue to civility, decency, and charity as we consider the fundamental question in front of us. It is not only the outcome that will test us, but how we treat one another.

Despite some of the horrific responses, Senator Slama said in a later tweet that she has received plenty of support as well. “Standing in stark contrast to the threats I’ve received is the positive, hopeful message of the #prolife movement. Response to Nebraska’s Heartbeat Bill has been overwhelmingly positive, and I’m excited to pass this bill. 💜”