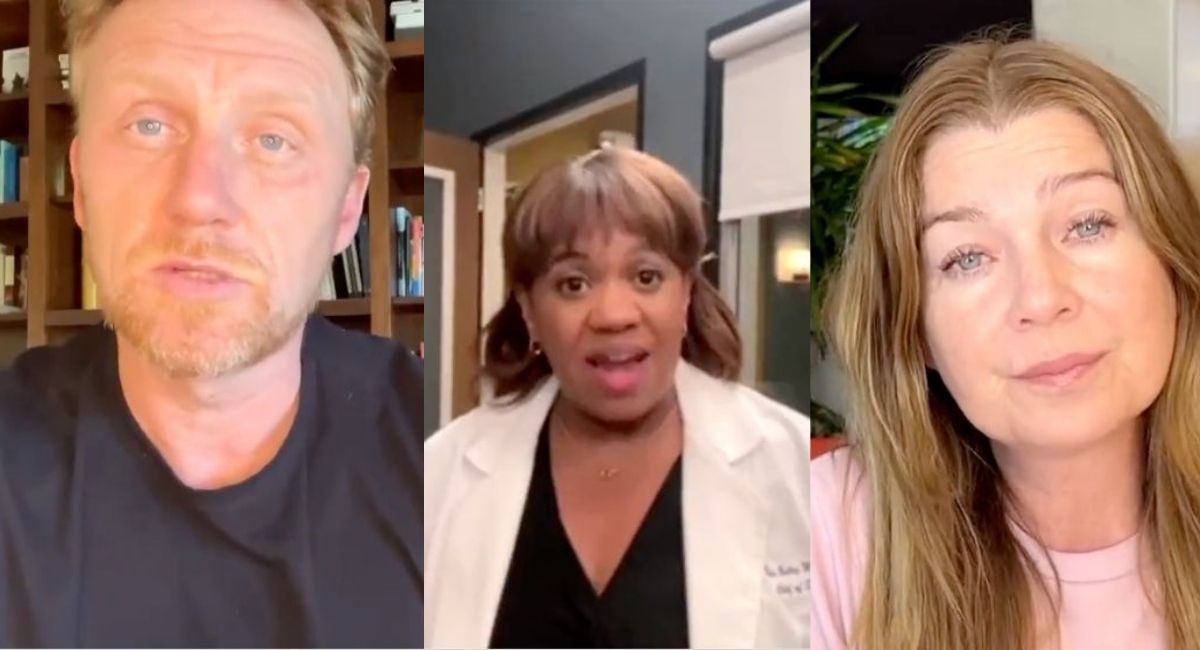 The cast of Grey’s Anatomy recorded a PSA video this week in which they urged women to “get on birth control now” in order to prevent pregnancy and to take frequent pregnancy tests so they can rush to have an abortion. The PSA mentions nothing about any life-affirming options such as adoption or parenting.

In the video, which was likely filmed in response to the leaked draft ruling in the Dobbs v. Jackson Women’s Health Organization case, a number of actors say that women need to know what options they have available to them. However, they then present a somber and panic-stricken tone while indicating that pregnancy and motherhood are the worst possible things that could happen to a woman. 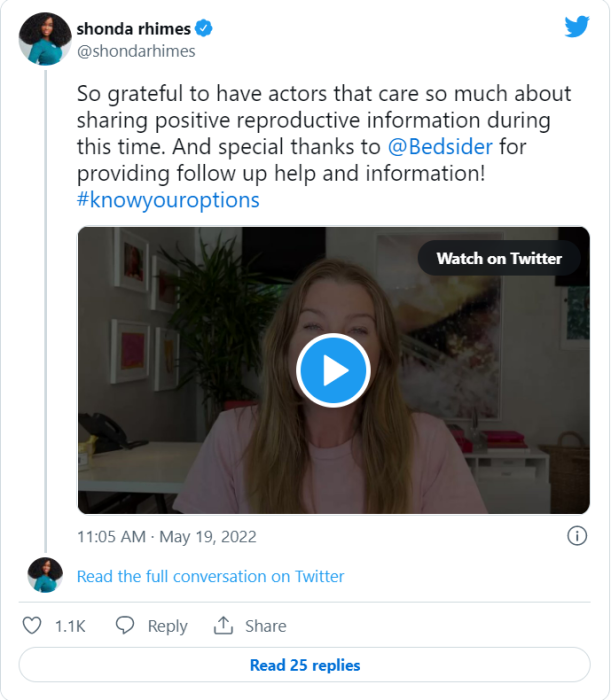 “Get on birth control, now,” Wilson adds, as the video participants then encourage women to get on “any form that is reliable.”

Hormonal birth control can be dangerous for teens and women. As Hailey Bieber recently told fans her hormonal birth control caused her to have a mini-stroke. But getting on hormonal birth control isn’t enough according to the Grey’s Anatomy cast, as the actors urge women to also use a condom every time they have sex, and to stock up on pregnancy tests so they can take them every four to five weeks in anticipation of having a rushed abortion in states like Texas which has enacted an abortion restriction beginning at six weeks — when a preborn human’s heartbeat can be detected.

“Every four to five weeks may seem like a lot, but time is of the essence with the law,” Wilson says. “If you find out you are pregnant and do not want to be, you have very little time,” McKidd adds. “This is a terrible time and everyone is afraid.” This is a plan to rush women and teens into a decision to abort which they may likely regret.

“There are ways to seek care privately, even if you need to leave your state to do it,” says Burton.

“Options keep a woman powerful,” ends Pompeo. “You are powerful.”  Yet instead of empowering women to choose life, the actors make pregnancy seem like the very worst thing that could possibly happen to a woman. Saying that women need to be on hormonal birth control now, use a condom, and regularly test for pregnancy so that they can get an abortion as soon as possible, disregards the beauty and joy of a new life, makes women believe a child would ruin their lives, and puts pressure on women to have abortions without full knowledge and understanding of the impacts of that decision.

Despite the lies perpetuated by abortion advocates, women do not need abortion to be powerful and successful. Mothers are empowered and successful every day in the United States. Abortion violently ends the life of a preborn child in an act of oppressive power over a more vulnerable, weaker human being. Furthermore, many women choose abortion because they are coerced, with studies showing that 64% of women who have had abortions admit they experienced pressure to do so. This pressure, which has been seen before in Hollywood, is apparent even in this video, as these actors perpetuate the belief that pregnancy is something to be avoided at all costs and that abortion is necessary for women to thrive. This is not empowering to women. It lies to them, saying that success can only come at the expense of their children’s lives, and turning their own children into an enemy.