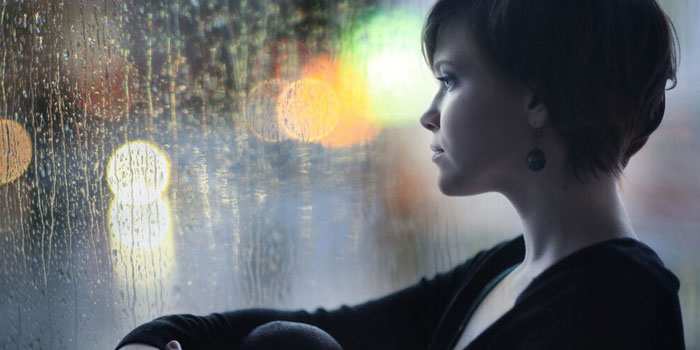 1. Increased risk of depression and suicide

While some newer birth control pills have decreased the amount of estrogen than in the past, thereby reducing the risk of blood clots, combination hormonal birth control pills that contain desogestrel or drospirenone contiue to increase the risk of blood clots. These blood clots are likely to occur in the legs or lungs. A clot in the leg can travel through the circulation system and cause a pulmonary embolism which can cause damage to the lung if it is a small clot. Death can be caused if it is a large clot.

Blood clots caused by birth control put women at an increased risk of heart disease and heart attacks. Many medical professionals say that women who smoke or are over age 35 should not take combination hormonal birth control because they are at an even higher risk for heart disease.

According to Cleveland Clinic neurologist Dr. Irene Katzan, the risk of deep vein blood clots were once the same for men and women, but thanks to hormonal birth control, women now have an increased risk. Hormonal contraceptives increase the risk of ischemic strokes caused by blood clots by 1.9 times. In addition, combination hormonal birth control pills can cause migraines — and migraines with aura increase the risk of stroke.

On a related note, abortion has also been shown by certain studies to increase a woman’s risk of breast cancer, due to the hormonal havoc abortion causes in her body. Recently, pro-choice filmmaker, Punam Kumar Gill, reported on her stunning confirmation that abortion scientifically increases a woman’s risk for breast cancer. Three specific facts Kumar Gill learned in her research for her documentary, “Hush,” are detailed here.

According to the National Cancer Institute, long-term use of hormonal contraceptives — which is defined as just five years or more — is associated with an increased risk of cervical cancer. And the longer a woman uses it, the higher the risk. The good news? When a woman stops taking the hormonal birth control, the risk can begin to decrease.

National Cancer Institute states that hormonal contraceptive use causes an increased risk of benign liver tumors which are lumps that form in different parts of the liver. These lumps carry a high risk of rupturing and bleeding. Women who take hormonal birth control for longer than five years seem to be at an increased risk.

In addition, women who used IUDs showed an increase in infertility. According to a study, 54 percent of women who attempted to become pregnant after stopping condom use had delivered a child within a year. Thirty-nine percent of IUD users delivered a child within the first year of stopping birth control. And only 32 percent of oral birth control users gave birth within that same year. Those who used an IUD for six-and-a-half years or more had the highest fertility impairment. One woman’s journey with infertility after the pill was enough to make her decide to never use the pill again — and while her story went public, she is not alone in experiencing these devastating side effects.

Hormonal birth control is supposed to primarily work by preventing ovulation and by thickening cervical mucus. However, many types, including multiple forms of IUDs (copper included), Depo-Provera, pills, the patch, the ring, and emergency contraception, also thin or strip the lining of the uterus. This information is not often freely given to women, but a search of the manufacturers’ websites or a careful reading of the product insert will reveal the truth.

What does it mean to thin or strip the lining of the uterus? This means that if a woman were to ovulate while on her method of birth control — which is proven to be possible — the newly-formed human being may fail to implant. Many women will never know that they have lost a child or children due to their use of hormonal birth control.

Women continue to risk their health and their future fertility — and the lives of their children — in order to avoid pregnancy now. Hormonal birth control alters the very nature of how women’s bodies are designed to work. Some of these women are even losing their lives in order to be readily available for commitment-free or consequence-free sex.

True empowerment comes when women know the truth about the amazing ways their bodies work. Hormonal birth control does not provide this, as it suffocates a woman’s natural cycle with chemicals that can damage her for years to come. Fertility literacy has become a popular topic for the modern woman, and every woman can benefit from learning to plan or postpone pregnancy in a natural, healthy way — free from hormonal birth control — that honors her life and the lives of her children.