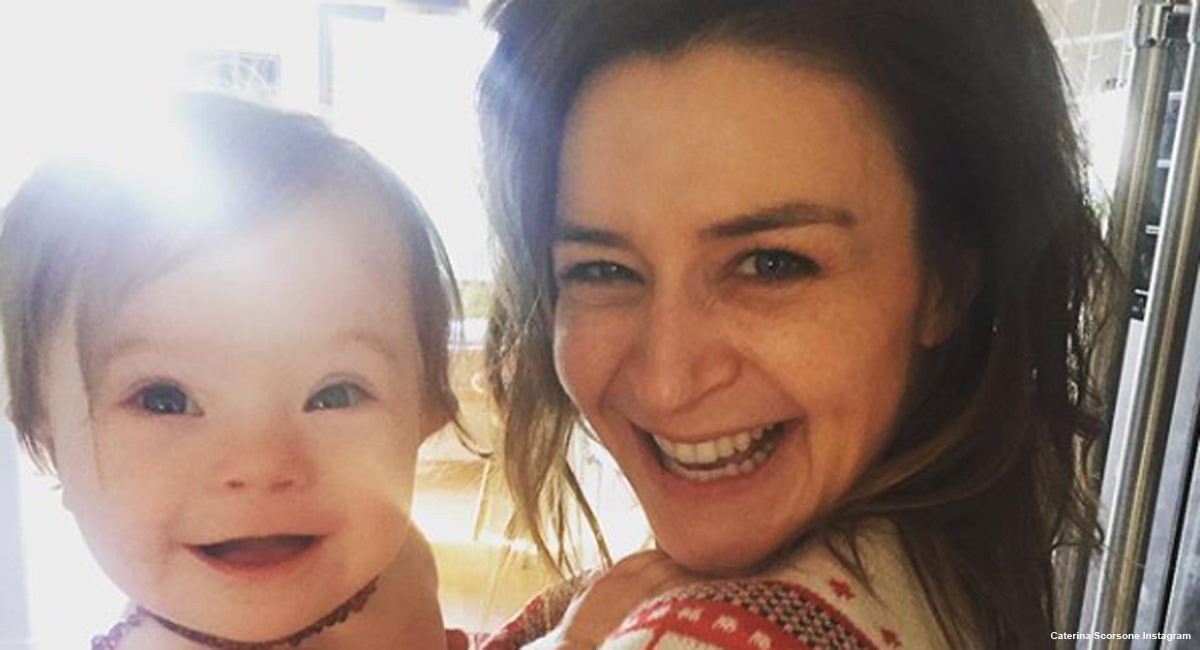 October is Down Syndrome Awareness Month, and actress Caterina Scorsone is celebrating the life of her youngest daughter, Paloma. Scorsone, who currently stars on the TV show “Grey’s Anatomy,” gave birth to Paloma in November of 2016, and took to Instagram to share some adorable pictures of Paloma.

Many advocates frequently call for an end to ableist language, such as referring to a “Downs child” or a “Down syndrome person,” using the word “retarded,” or — as Scorsone points out — portraying the condition as a risk to be avoided.

“Differences are beautiful. Language changes how people think. Words are important,” she concluded.

Scorsone frequently shares loving photos of Paloma on her Instagram account, and also approvingly shares ads from brands who feature people with Down syndrome, calling for more inclusion and acceptance — something that is sorely needed.

In the United States, over 60% of women who receive this prenatal diagnosis choose to have an abortion; in many other countries, the abortion rate is over 90%. Many women report being given the diagnosis in a negative manner, as well as being given inaccurate and out-of-date information.

Tragic: Majority of babies in womb with treatable heart defects are aborted

Some doctors have admitted to emphasizing the negative aspects of Down’s to encourage women to get an abortion, and 1 in 4 women report being pressured to have an abortion after a positive diagnosis. Meanwhile, negative stereotypes and outdated information both continue to persist.

This kind of ableism has no place in our society, and should be eradicated completely. People like Caterina Scorsone are helping to reach that goal, a little at a time.