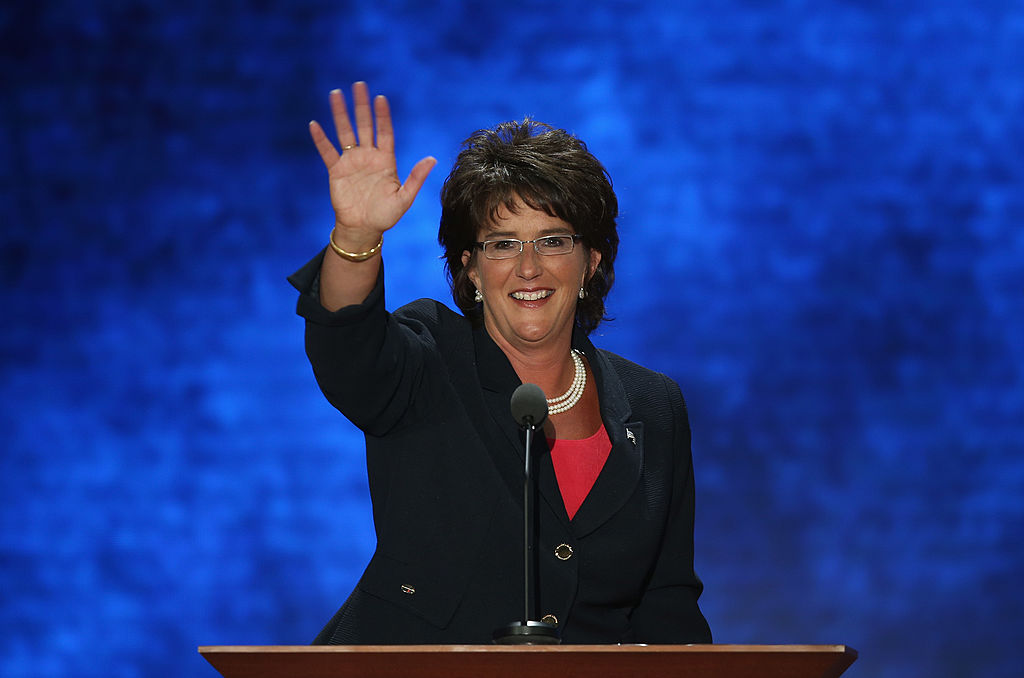 Rep. Jackie Walorski (R-IN) was praying outside of the Whole Woman’s Health of South Bend, Indiana when she and another individual were nearly run over by a car. According to Townhall, Capitol Police have opened an investigation into the incident.

“On Saturday, May 15th, I joined a group of pro-life Hoosiers in prayer while they gathered peacefully near a South Bend abortion clinic,” Walorski said in a released statement. “As I was leaving, a vehicle traveling quickly down Lincoln Way West swerved toward the group and came to an abrupt stop just a few feet away from me. Given the recent increase in threats against members of Congress, the U.S. Capitol Police are investigating this incident.”

REAL News Michiana shared a surveillance video of the near-miss. Fifteen to 20 pro-lifers can be seen standing in the grass when a Dodge Charger veers across a bike lane towards the pro-lifers before coming to a hard stop in the shoulder directly in front of Walorski. The right-hand blinker appears to be on.

House Minority Leader Kevin McCarthy (R-CA) tweeted his support for Walorski along with the video clip. 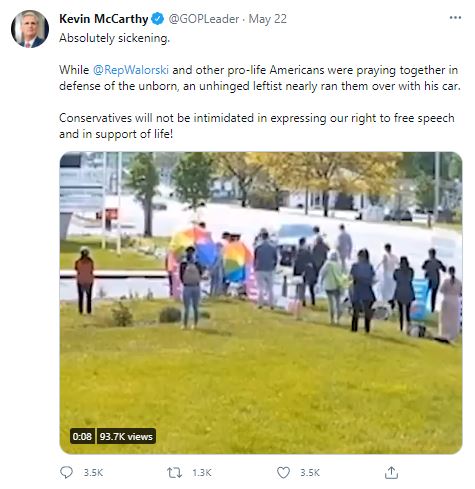 Violence against pro-lifers has been on the rise in recent years. A Virginia abortion activist pointed a loaded gun at pro-lifers in 2015, while in 2012, an elderly pro-lifer was attacked and thrown to the ground. He suffered a broken hip and had to undergo surgery. In 2018, a pro-lifer was punched in the face as he prayed outside of an abortion business, and a man roundhouse kicked a young female pro-lifer on the sidewalk. His actions were applauded by abortion advocates.

Walorski has been a strong advocate for preborn children, introducing the Dignity for Aborted Children Act after family members and police discovered the remains of more than 2,200 aborted children inside the South Bend garage of deceased abortionist Ulrich Klopfer in 2019. The Whole Women’s Health Clinic she was praying in front of belongs to a chain of clinics known for a litany of health violations that pose a danger to women.

“I stand with my fellow pro-life Hoosiers who work to defend the most vulnerable among us, the unborn,” said Walorski. “They will not be silenced or intimidated by threats or acts of violence from radical activists. As Americans, we can debate and disagree on fundamental issues, but it is absolutely unacceptable to endanger the lives of others.”