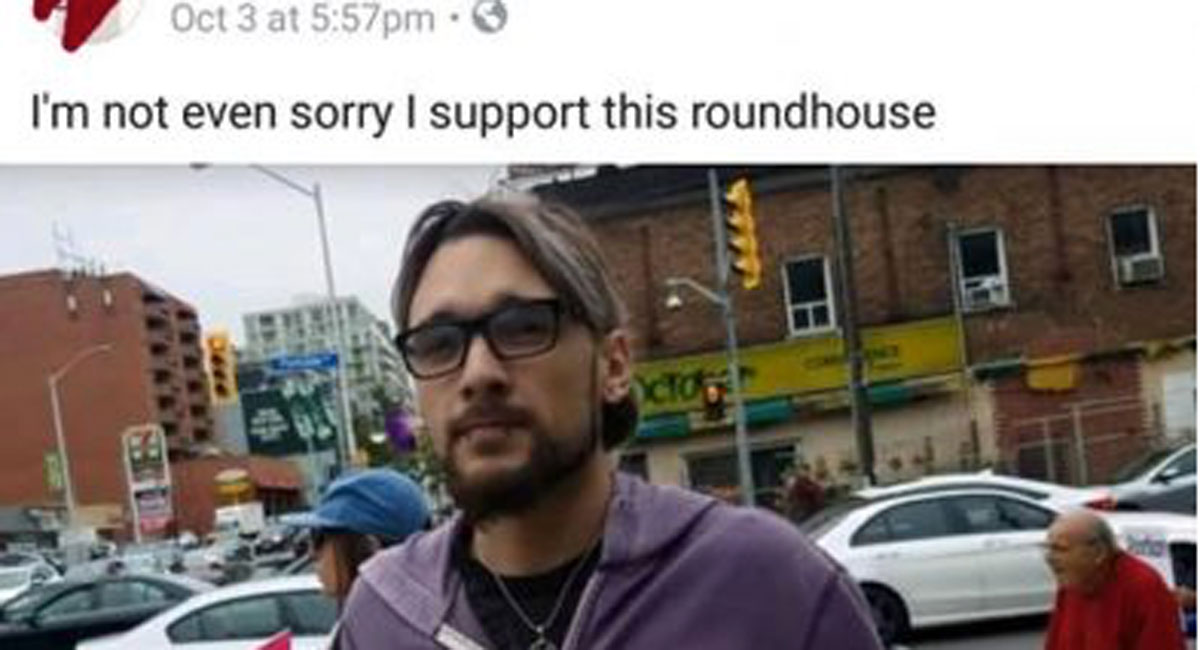 Abortion supporter Jordan Hunt recently made the news for roundhouse kicking a pro-life woman as she peacefully stood on the sidewalk.  Hunt came up to the pro-life demonstrators and vandalized their signs and clothing. He then got into a conversation with pro-lifer Marie-Claire Bissonnette, questioning her about abortion after rape. When she calmly explained that she believes all preborn children have value regardless of the circumstances of their conception, Hunt viciously kicked her, later claiming he meant to kick the victim’s phone out of her hand. Instead, he kicked her in the shoulder, causing a painful injury. Rather than condemning the violence, many pro-choicers took to Facebook and Twitter to celebrate it. 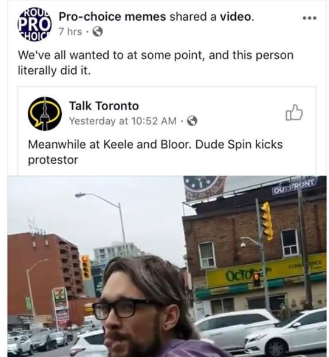 Another pro-choice Facebook user said he supported Hunt’s actions, and a commenter agreed. 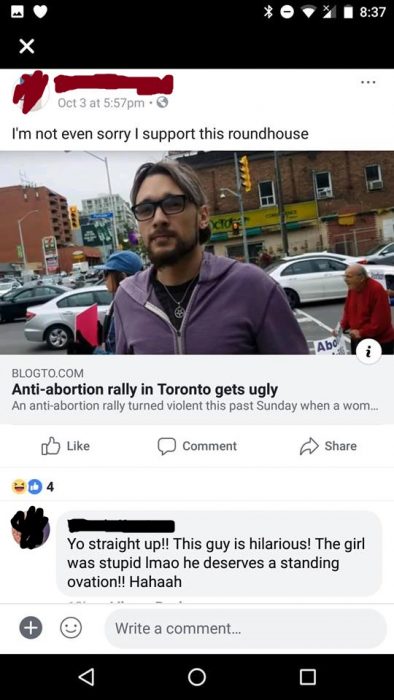 More pro-choice activists commented on the post by Pro-Choice Memes: 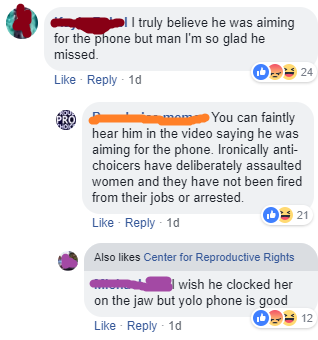 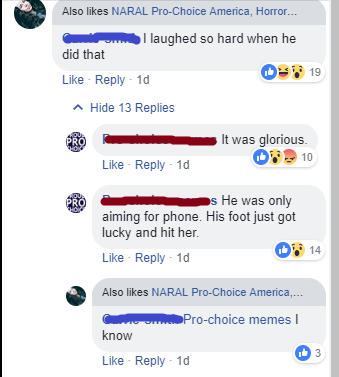 Pro-abortion activists also took to Twitter to defend the assault: 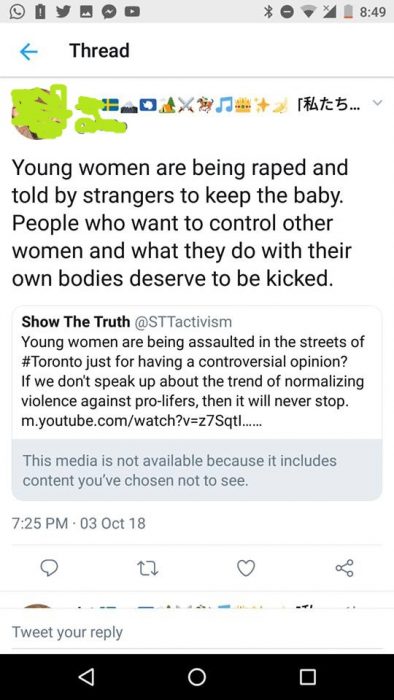 In the mind of this pro-choicer, a pro-life person who offers a pregnant rape victim support to have her baby should be physically attacked. This pro-choicer apparently believes that if you encourage a woman to choose life, you deserve to be a victim of violence.

In the thread below, one Facebook user (shown here in red) posted that he “didn’t support” Hunt’s actions, then wrote that he was angry “one of our own would do this.” Other pro-choice people on the thread disagreed and told him they supported Hunt’s actions. 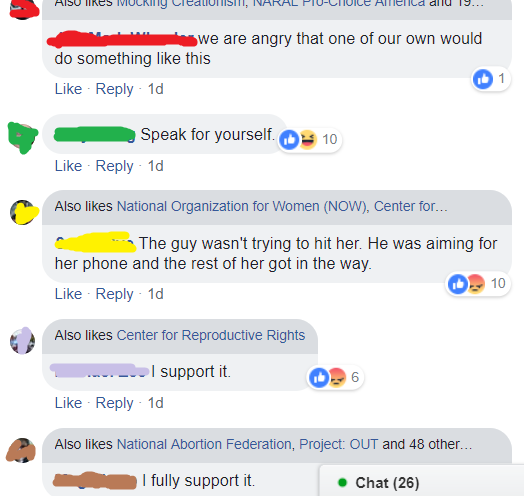 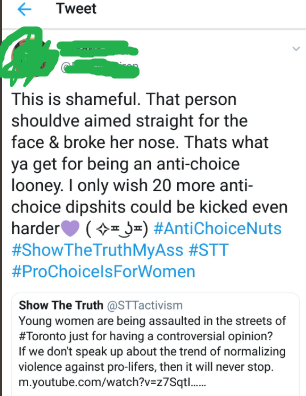 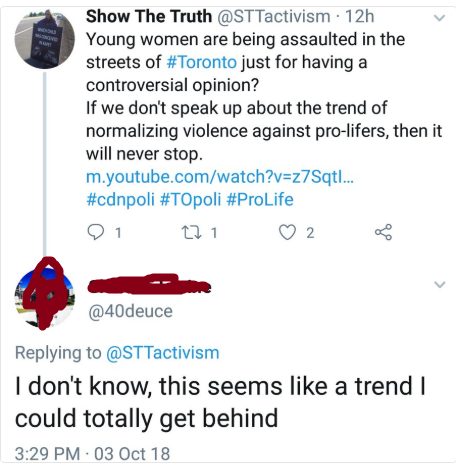 Here is another tweet supporting the attack. Note that 82,765 pro-choicers liked it. 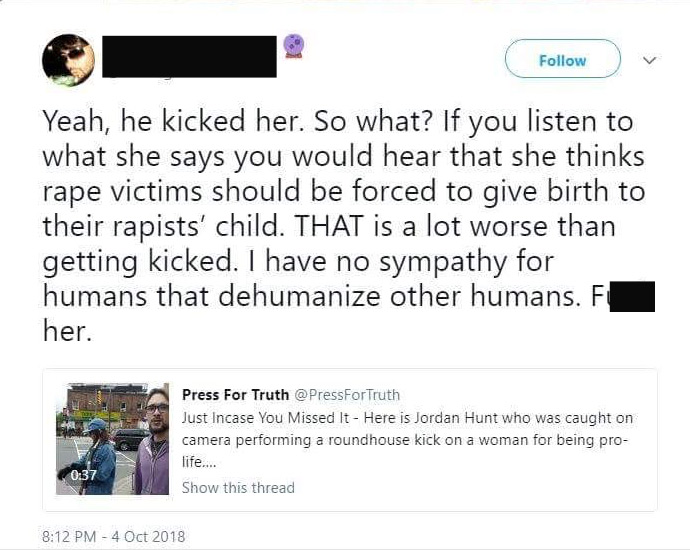 At least one prominent pro-choicer, however, did speak out to condemn Jordan Hunt’s actions. Robin Marty is a journalist who frequently writes about abortion. Soon after the incident, she tweeted: 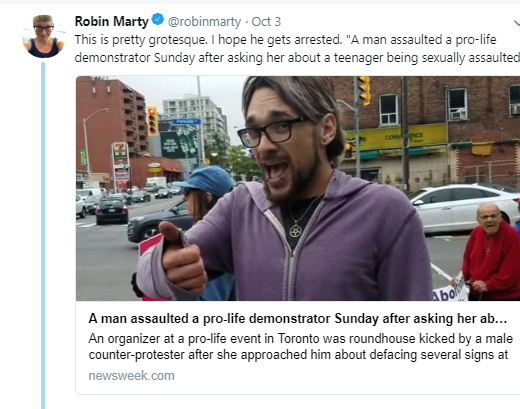 It is vitally important for everyone involved in the abortion debate to condemn violence. There can be no dialogue without respect for one another’s dignity and right to free speech. Without dialogue, there can be no conversion or changing of hearts. Violence against human beings is always wrong — whether committed by pro-choicers or by those who claim to be pro-life.

When pro-choicers champion and encourage violence, they reveal their true contempt for anyone who disagrees with them. The pro-choice mindset dehumanizes preborn babies, and, as these social media comments show, some pro-choicers dehumanize pro-lifers as well.