Despite American opposition to late-term abortions, these barbaric procedures occur more frequently in the United States than most people realize. Years of polling conducted by Gallup have found that Americans consistently oppose abortion later in pregnancy. As recently as January 2020, a Marist poll commissioned by the Knights of Columbus found that a majority of Americans want to ban abortion after 20 weeks of pregnancy. It also found that “7 in 10 Americans would limit abortion to, at most, the first three months of pregnancy. The 70% number is identical to last summer’s NPR/PBS NewsHour/Marist Poll,” KOFC.org noted. However, a 2021 Marist poll found that this number had increased to 76%. 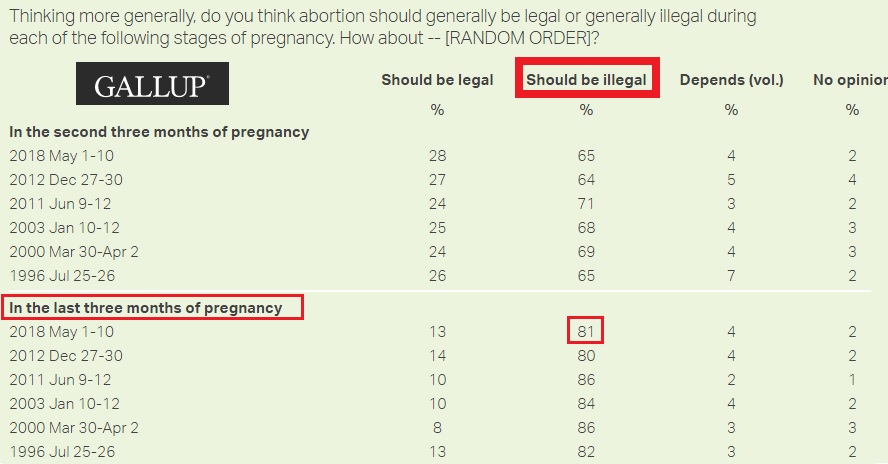 1. How many late-term abortions really happen?

Abortion procedures at this stage include D&E — a violent type of dismemberment abortion — described in the video below. Another form is called induction abortion. Read more about that gruesome procedure here.

A September 2019 analysis of states reporting by gestation, published by the Charlotte Lozier Institute, found significant numbers of late abortions. Note the overall total differs from national estimates mentioned previously because 1) the state report may have been released after the national report or 2) Guttmacher surveys each abortion provider and rely on reported data alone. 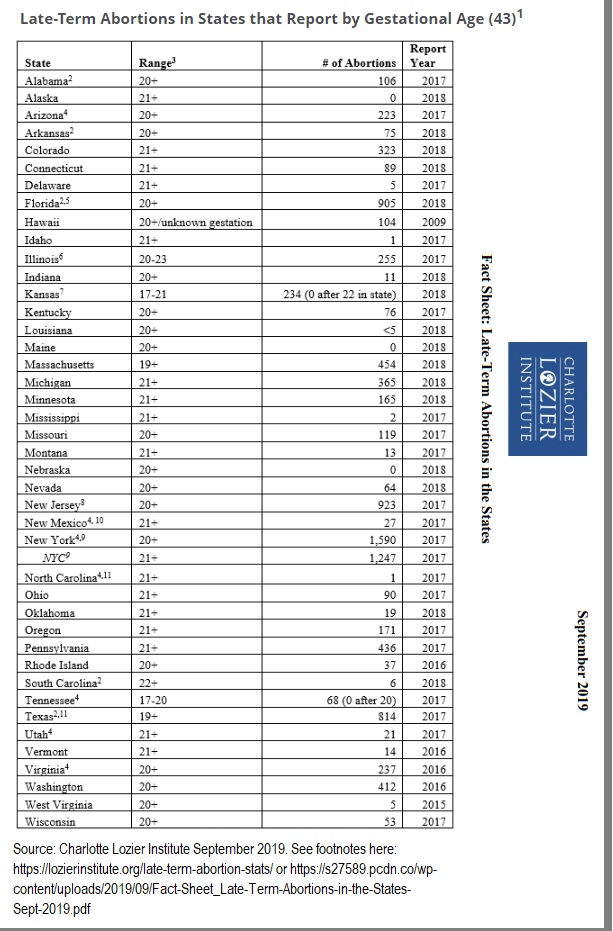 3. Which states allow abortion up to birth?

While Roe made a provision for states to limit abortion after the second trimester, abortion advocates are working tirelessly to lift any and all gestational restrictions to allow abortion at a point in pregnancy when it has been documented that a preborn child feels pain. 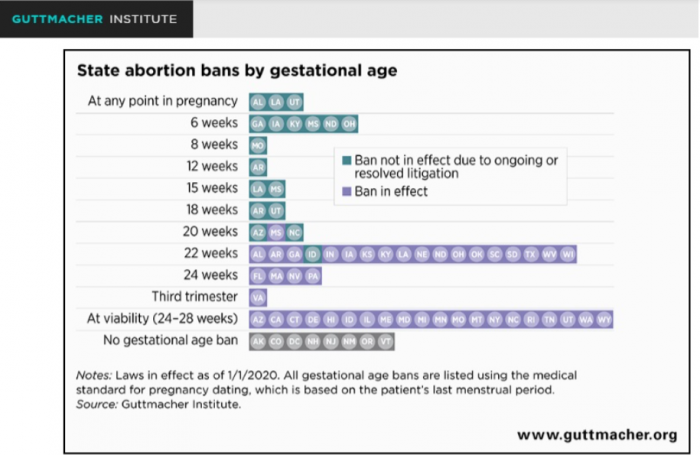 A December 2020 analysis by Guttmacher Institute found that:

Live Action News has tracked several bills that allow abortion up to birth in the following states:

4. Why do women get late-term abortions?

The abortion industry has admitted that abortion later in pregnancy is frequently committed on healthy babies. Even the late abortionist George Tiller conceded late-term abortions are legal under the Roe v. Wade and Doe v. Bolton Supreme Court decisions: “[…W]e are able to use the wide definition and the full implementation of Roe v Wade decision which allows us to do post viability terminations of pregnancy.”

Live Action News previously documented how late-term abortionist Warren Hern declared, “I say every pregnancy carries a risk of death,” and “I will certify that any pregnancy is a threat to a woman’s life and could cause grievous injury to her physical health.” Previously unearthed testimony from a 2015 court case revealed that Planned Parenthood considers all abortions to be “medically necessary.”

A teaching module published by an abortion training program at the UCSF Bixby Center for Global Reproductive Health reveals that physical health is almost never given as a reason for why a woman aborts after the first trimester. One study cited the case of a “26-year-old Latina woman in New Mexico, who had an abortion at 28 weeks’ gestation, [saying], ‘I was afraid of my boyfriend finding out, and I went [to the abortion facility] once he was in jail.’”

Despite the misplaced abortion enthusiasm of some politicians, the aforementioned Marist poll reveals, “[A] notable proportion (41%) of those who identify as pro-choice are more likely to vote for candidates who support restrictions, as are more than nine in 10 who identify as pro-life (96%).”