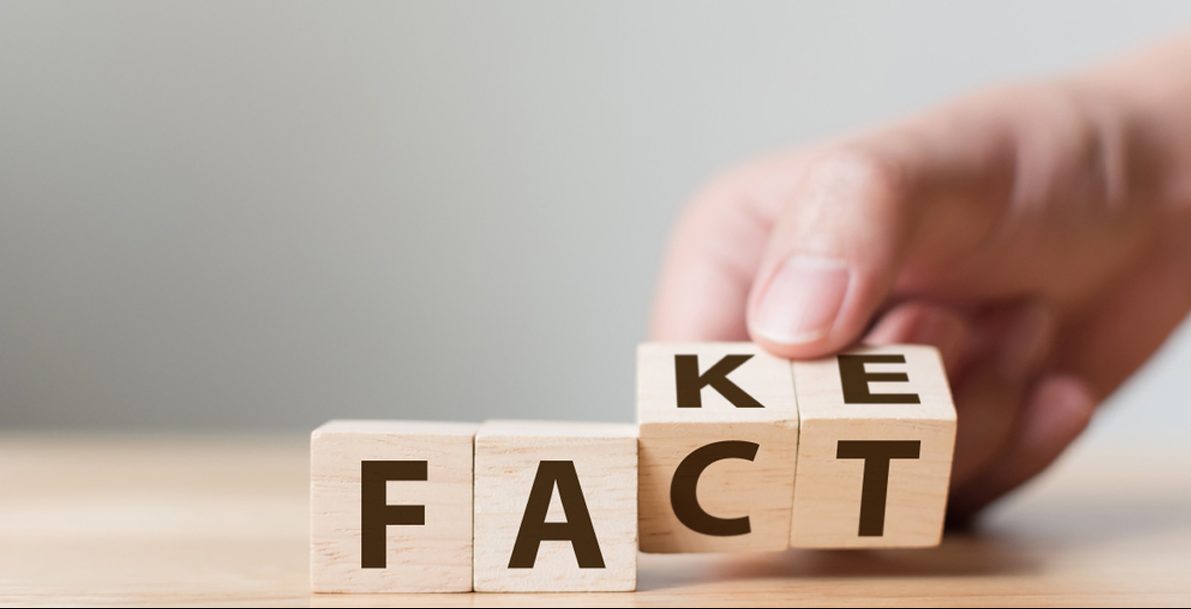 Abortion comments made during the President’s State of the Union address resulted in media “fact checkers” claiming the statements were “false.” In actuality, however, the media distorted facts and left out important information in order to claim Trump’s statements were false. The biggest offender being NBC News. Trump’s comments came on the heels of New York and Virginia’s efforts (with assistance and support from Planned Parenthood) to pass measures to expand abortion at a time in pregnancy when the child can survive outside the womb. The President said, in part, “There could be no greater contrast to the beautiful image of a mother holding her infant child than chilling displays our nation saw in recent days. Lawmakers in New York cheered with delight upon the passage of legislation that would allow a baby to be ripped from the mother’s womb moments before birth.” (See video here.) NBC News claimed “This is false.”

NBC News’ wholly inaccurate “fact check” states, “The state recently passed a law loosening restrictions on abortions in the state, allowing abortions after 24 weeks if the fetus is not viable or when it’s necessary to protect the life of the mother. The president paints the picture of a healthy mother and child, but an abortion would not be legal in that scenario after 24 weeks in New York state.” 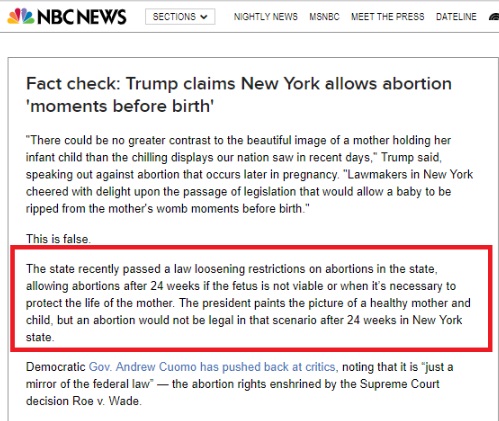 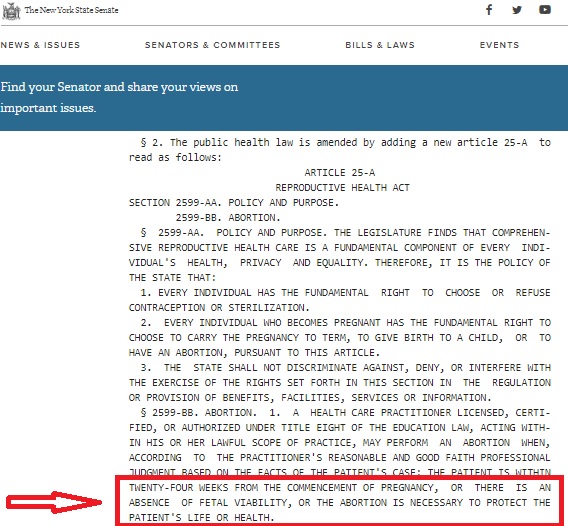 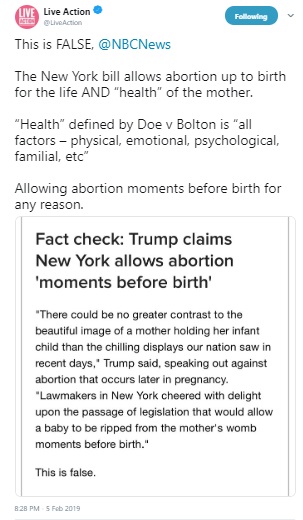 Unlike NBC News, “fact-checkers” such as Factcheck.org and New York Times included the term “health” but failed to define what it meant.

Rare doesn’t mean non-existent, and claiming something doesn’t “usually” take place doesn’t rule out what these abortionists and study from a pro-abortion source have stated. If the abortionists themselves — and the women having abortions — are admitting that YES, these abortions are happening on healthy children, then the media must have another reason for cherrypicking their information from the scripts of the abortion industry.

Virginia Delegate Kathy Tran even admitted her failed measure allowed for abortion even after a woman goes into labor.  Tran discussed her bill with VA’s House Majority Leader, and was asked if the bill would allow abortion even at 40 weeks, when the mother was already dilating and showing signs of being in labor.

Tran replied, “My bill would allow that, yes.”

As for the Washington Post’s “fact check,” well, it’s misleading, too, It…

WashPo then stated in part (image below):

WAPO part of Fact Check after SOTU on Trump and abortion

And Time’s “fact check” was inaccurate, too. It…

The media has a history of failing to accurately research abortion, citing only abortion industry data. Live Action News has documented how the media has been caught in a web of lies, spouting talking points from the largest abortion vendor in the U.S. and failing to investigate pro-life claims. Journalists who turn a blind eye to the abuses of the abortion industry — and especially Planned Parenthood — are awarded and extolled by the abortion giant, which kills 912 babies a day while receiving half a billion in taxpayer dollars every single year.