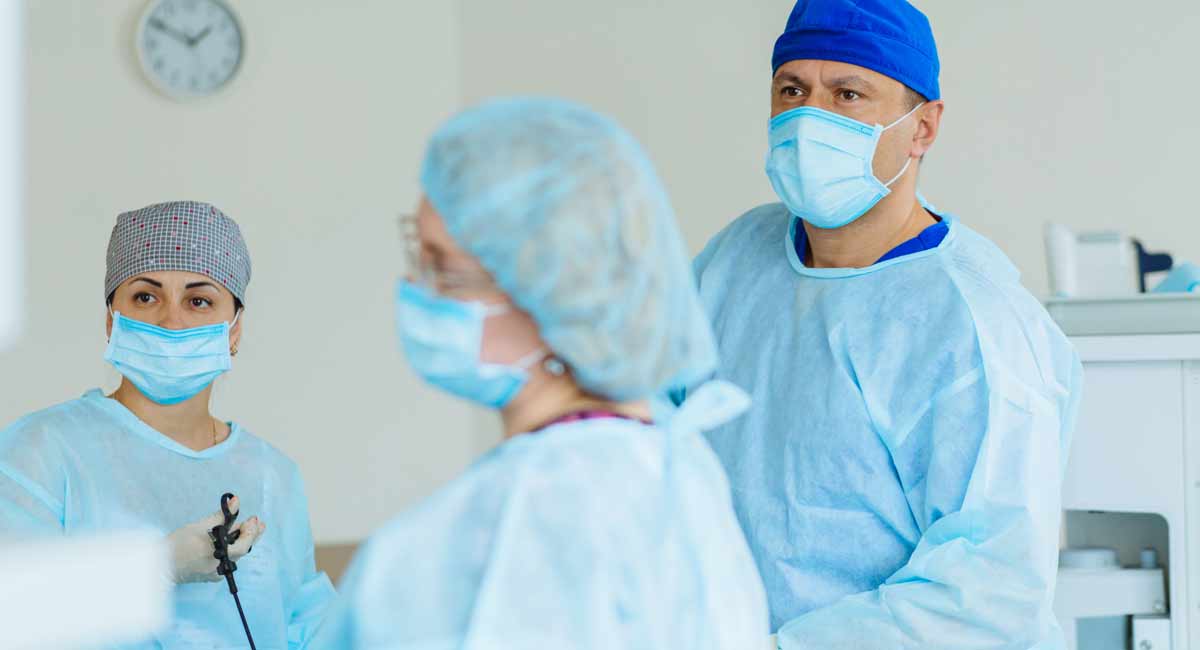 Late-term New Mexico abortionist Susan Robinson has admitted that not all women are seeking such late-term abortions for reasons of maternal health or fetal indication. She said:

Women whose fetuses have terrible abnormalities … are a lot easier for people to understand. The husband and wife want to spare their baby whatever suffering that baby would have…. Then there’s the group of women who didn’t know they were pregnant. They were told they were not pregnant for one reason or another and they are just as desperate. “I already have three children, my husband just lost his job and I can barely put food on the table. If I add a new baby to this family, we’ll all go under.”

Infamous late-term abortionist George Tiller admitted the same, telling a National Abortion Federation audience in 1995, “We have some experience with late terminations; about 10,000 patients between 24 and 36 weeks and something like 800 fetal anomalies between 26 and 36 weeks in the past 5 years.” That equates to a mere eight percent of Tiller’s late-term patients who aborted because their babies were diagnosed prenatally with a health condition.

“House of Horrors” abortionist Kermit Gosnell operated legally for years until he was caught snipping the necks of fully developed, healthy babies he was hired to abort, after he delivered them alive.

In February of 1993, legally licensed New York abortionist Abu Hayat performed a third trimester abortion on the mother of little Ana Rosa Rodriguez, who survived the abortion. Hayat’s attempt ended after he severed the arm of the 32-week victim in her mother’s womb. Hayat was eventually convicted of performing the third trimester procedure.

At that time, New York prohibited these barbaric late-term procedures because Roe v. Wade allows states to pass some abortion restrictions after viability as long as they don’t put a highly subjective “undue burden” on women. The state recently rolled back these protections, essentially allowing abortion on demand up to birth. The change in law was, according to Governor Andrew Cuomo, to “codify the law from 1973” — Roe v. Wade and its companion decision, Doe v. Bolton. The text of Doe makes it clear that abortion can be committed at any time, even for reasons of emotional or “familial” health.

Had Hayat done the same thing today, no criminal penalties would be in place for this abortionist. Ana Rodriguez is one of many babies dubbed a “dreaded complication” by the abortion industry — the “complication” of a child who survived abortion. Live Action News has detailed many cases of babies born alive after abortion attempts — babies no longer protected under New York law.

A bill similar to New York’s, introduced in Virginia, was halted in committee.

In 1997, the head of the National Coalition of Abortion Providers admitted that partial-birth abortion, a heinous and brutal type of late-term abortion, actually wasn’t being committed only in rare cases. A report by the LA Times stated (emphasis added):

The abortion rights folks know it, the anti-abortion folks know it and so, probably, does everyone else.” So spoke Ron Fitzsimmons, executive director of the National Coalition of Abortion Providers, in an interview about the facts of partial-birth abortion, whereby a living child is pulled from its mother until all but the head is delivered. A scissors is plunged into the skull, a tube inserted and the brains suctioned out. The now-dead infant is then delivered. Partial-birth abortion, Fitzsimmons now says, is performed 3,000 to 5,000 times a year, most often on the healthy mothers of healthy babies.

Fitzsimmons told Nightline, “The majority of these procedures are performed… on healthy women and healthy fetuses….Women come in at that point unfortunately, for whatever reason, seeking abortion services. We estimate that approximately 3,000 to 5,000 are performed in the United States on an annual basis.” The Rome News-Tribune from 1997 (pictured below) states that Fitzimmons “said he lied when he said that… partial-birth abortions are performed rarely and only to save the mother’s life or to abort malformed fetuses.”

If this was the case with partial-birth abortions, why should the reasons for any other type of late-term abortion be different?

In 2003, abortionist Charles Rossmann gave abortion pills to a woman who was past  30-weeks pregnant. According to Operation Rescue, he then walked out, leaving the woman in labor. Rossman spent the next ten years in hiding until his arrest in 2014.

In 2013, New Mexico abortionist Shelley Sella faced medical board sanctions after she committed an abortion on a child at 35 weeks. Sella was not sanctioned because the abortion itself was illegal, but because late-term abortions were required to be done at a hospital instead of an abortion facility.

Sella was committing abortions at Southwestern Women’s Options in Albuquerque, New Mexico, when Live Action’s undercover cameras exposed the chilling admissions of abortionists inside America’s late-term abortion industry. Although these abortionists confess to the humanity of often viable, fully developed children, they inflict inhuman and cruel abortion procedures upon them.

Advertisements published at Southwestern Women’s Options in Albuquerque prove late-term abortions occur. The website states, “[A]bortion services are available through 32 weeks. Exceptions after 32 weeks are provided on a case-by-case basis.”

The largest abortion provider in the nation, Planned Parenthood, openly admits to committing abortions later in pregnancy. Undercover footage obtained by the Center for Medical Progress (CMP) revealed Planned Parenthood abortionists discussing their expected weekly numbers of late-term, healthy “specimens” for procurement agencies and researchers – not ones with anomalies. Deborah Nucatola, Senior Director of Medical Services for Planned Parenthood Federation of America told CMP investigators that the number of babies aborted by Planned Parenthood at 20 weeks or greater is increasing. She also implied that aborting “to the legal limit” was something Planned Parenthood was in favor of:

There is no medical reason to abort a child late in pregnancy.

In 1984, Richard Hausknecht, associate professor of obstetrics at Mount Sinai Hospital, former Planned Parenthood of New York Medical Director, admitted, ”It makes us all schizophrenic. Nowadays we are asked to terminate a pregnancy that in two weeks doctors on the same floor are fighting to save.”

Years later, Planned Parenthood abortionist Stanton Goldstein resigned over an amendment which backed abortion at any time in cases of rape or incest or to protect the life or health of the mother. “I cannot support an amendment that legalizes destructive procedures of a healthy fetus in the third trimester,” he said.

“I cannot think of a single reason for aborting a healthy baby,” he added.

As far back as 1972, Planned Parenthood Medical Director Rosa R. Middleman acknowledged to the Reading Eagle, “It’s extremely rare, if nonexistent, for a physician to have a medical reason to abort a woman in the seventh or eighth month.”

Despite acknowledging late-term abortion is unnecessary, abortion enthusiasts, including Planned Parenthood, are unapologetic about their push for unfettered, taxpayer-funded, unrestricted abortion.

Recently, on FOX’s Hannity, Live Action president Lila Rose pointed out that abortionists make thousands of dollars on later abortions — which is more incentive for them to commit them at any time, on demand. In 1984, Dr. Gordon W. Douglas made this same observation, telling the New York Times, “It’s necessary to remember that these days abortion is done on request and therefore not a procedure you undertake in the interest of the fetus.”