The abortion lobby and its media friends diminish late-term abortions as “only a few” or a “small percentage” of abortions while further downplaying thousands of abortions committed at or after 21 weeks, when the preborn baby might be potentially viable. Live Action News previously documented that abortions committed into the second and third trimesters totaled over 100,000 in 2017 alone. According to both the Centers for Disease Control (CDC) and the Guttmacher Institute, abortions committed at 21 weeks or greater represent 1.3% of all reported abortions.

When the media discusses this percentage, however, they make it seem insignificant. So why isn’t that same or similar percentage insignificant when discussing other U.S. deaths, such as those from gun violence, alcohol-induced causes, or suicide?

The CDC’s National Vital Statistics Reports on deaths of born residents registered in the United States in 2017 reveal there were 2,813,503 deaths reported that year. A sample of deaths that reflect a similar range to the 1.3 percent of the total reported deaths include:

In other words, deaths from firearms, alcohol-induced causes and suicide represent a similar percentage of all deaths to that of reported abortions at or beyond twenty-one weeks.

The Centers for Disease Control (CDC) and Planned Parenthood’s former “special affiliate” the Guttmacher Institute are national reporting agencies for abortion statistics. While there is a wide variation in abortion totals between the two agencies, which Live Action News previously explained here, they fail to summarize the number of abortions committed in just the third trimester, categorizing abortions committed at or greater than 21 weeks together. Despite this flaw, what both reporting agencies tell us about abortions by gestation is that abortions committed at or beyond 21 weeks are far from insignificant. They represent:

Guttmacher’s abortion numbers are considered more comprehensive than data reported by the CDC, because Guttmacher surveys actual abortion facilities or providers; therefore, Live Action News has concluded the 1.3% of reported abortions committed at or after 21 weeks represented over 11,000 abortions (30 preborn babies aborted late in pregnancy daily) in just 2017.

Abortion procedures used at this stage include D&E — a violent dismemberment abortion — described in the video below. Another form is called induction abortion. Read more about that gruesome procedure here.

Recent research (Jama Network March 26, 2019, and Medical Express, March 26, 2019) has documented that babies delivered younger than 24 or 23 weeks are potentially able to survive. And, according to research published by the Charlotte Lozier Institute, a study in Sweden found that the survival rate among babies born prematurely has nearly doubled from 10 years ago. They claim survival rates for babies born prematurely at 22 weeks who were treated with intensive care have increased from 29% in 2004 to 58% in 2016. 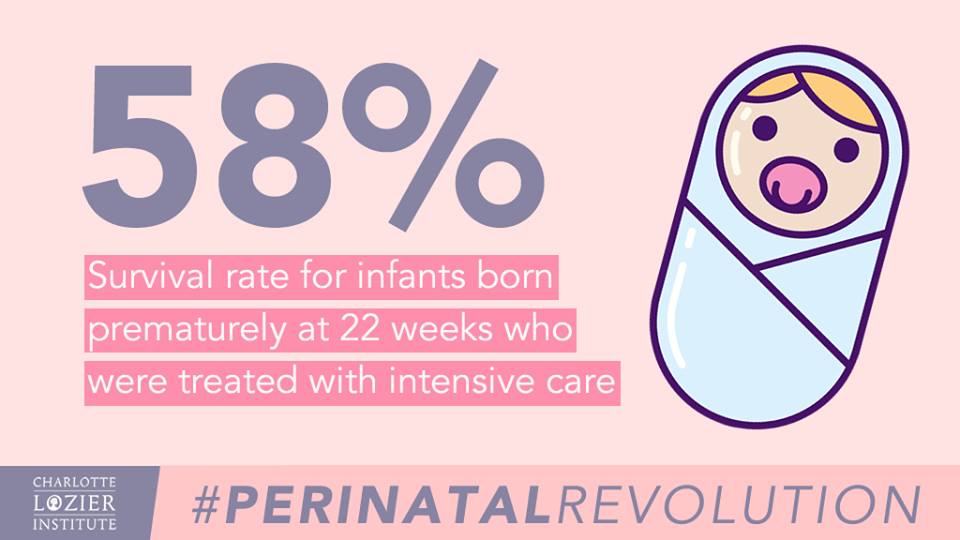 While the media continues to accept abortion advocates’ claims that babies aborted later in pregnancy are a “small percentage” and are killed mainly due to some kind of  health reason (instead of simply being delivered early) or never survive failed abortions, evidence to the contrary continues to mount.

The next time you hear someone in the media claiming that a “small number” of abortions are committed after the first trimester or an even smaller number after viability, remember that no loss of life — including the loss from abortion —  should be treated as insignificant.