Planned Parenthood, despite receiving taxpayer funds of over half a billion dollars a year, appears to be gearing up to commit more late abortion procedures than previously committed — at a time in gestation when a number of abortion providers find them uncomfortable. According to the TEACH Program (Training Early Abortion for Comprehensive Healthcare) workbook , published by an abortion training program at the University of California, San Francisco (UCSF), “The number of [abortion] providers decreases with increasing gestational age: 95% offer abortion at 8 weeks, 34% to 20 weeks, and 16% to 24 weeks.” Yet, taxpayer-funded Planned Parenthood appears comfortable committing abortions at 24 weeks, despite opposition by a majority of Americans.

Despite a developed baby being clearly depicted by Planned Parenthood at this stage, (see image below) at the “pregnancy” section of the abortion corporation’s website, Planned Parenthood openly advertises how they will end that same life in an abortion for pay. Below is a breakdown of some of their later abortion facilities listed online: 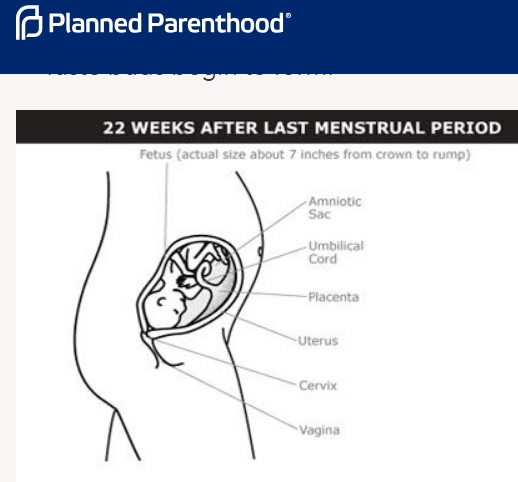 For more accurate and complete information on fetal development, visit the Endowment for Human Development. (Incidentally, EHD.org notes that taste buds are present by 11-12 weeks, but the baby begins to actually use those taste buds at 25 weeks.)

And yet, Planned Parenthood commits abortions at this stage using a dismemberment D&E procedure. The gruesome method is demonstrated by former abortionist Dr. Anthony Levatino in the video below:

The abortion vendor published this image below showing the developing child at 18 weeks. 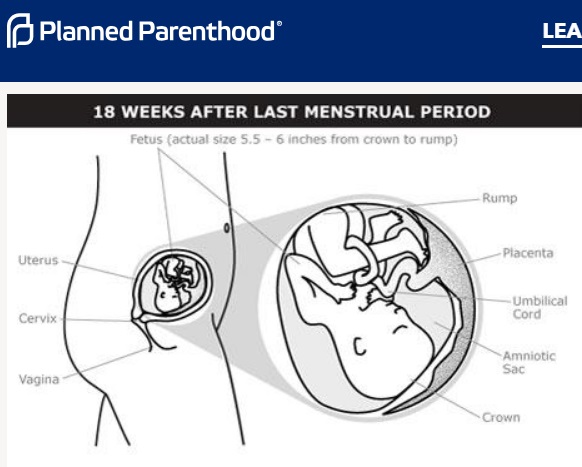 Despite this, Planned Parenthood will commit gruesome late abortion procedures at 20 weeks. Below is a small sample of where:

An analysis from Operation Rescue also noted an increase in later abortion facilities, documenting that in 2018, “There are 133 abortion clinics that conduct abortions [at 20 weeks or later gestation]…. 37 are Planned Parenthood facilities….”

There is money to be made from later abortions, not to mention the potential for additional revenue from the body parts of these children. In 2014, Guttmacher reported that the median cost for an abortion at 20 weeks was $1,195. But, according to a 2018 Congressional Research Service Report, a study published in 2014, revealed that, “The median charge for an abortion at 20 weeks’ gestation in 2011 and 2012 was $1,350 (range, $750-$5,000).” …The Turnaway study found somewhat higher average prices: $2,014 for a later abortion and $519 for a first trimester procedure; data were collected from 2008 through the end of 2010.”

Planned Parenthood’s latest annual report reveals they committed 332,757 abortions in 2017, where they failed to break these numbers down by gestational age — and the reason why is anyone’s guess.