The Centers for Disease Control and Prevention (CDC) just released its latest reported abortion data, which shows a continuing trend of decreasing abortion numbers as well as abortion rates.

According to Dr. Michael New who analyzed the data at National Review Online, the increase may be associated with relaxed label changes to the abortion pill by the FDA in 2016, allowing for chemical abortions later in pregnancy. Dr. New also pointed to policy changes at the state level, including expanding taxpayer-funded abortion, documented to increase abortions.

“It is worth noting that, while CDC statistics indicate that between 2017 and 2018, the number of abortions increased in 27 of the 46 states reporting data for both years, in many cases, these abortion increases were small. But since a majority of states did report abortion increases, it is likely that other factors in addition to public policy contributed to the overall abortion rate increase,” Dr. New wrote.

“It is certainly possible that the recent uptick in the U.S. abortion rate might simply represent a short-term, temporary increase and that the long-term downward trend of the last few decades will continue in the future. Even though the abortion rate has fallen fairly consistently since 1980, there have been a few years when there it increased slightly,” he also added. 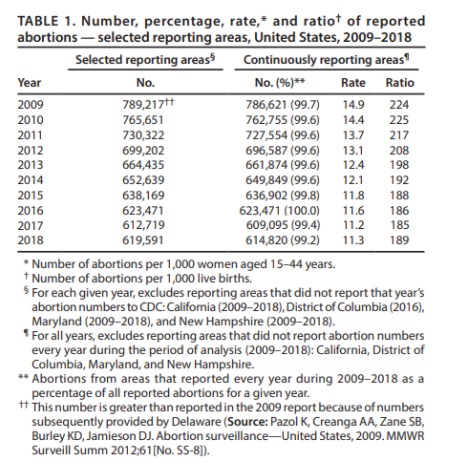 The Charlotte Lozier Institute’s Dr. Michael New published a tweet about the data, noting that among continuously reporting areas between 2016 and 2018, there was:

“The main reason why abortion rates are falling is not because there are fewer unintended pregnancies. In fact, the unintended pregnancy rate has fluctuated since 1981. An important reason is that a higher percentage of unintended pregnancies are being carried to term. This shows the pro-life educational, service, and yes, legislative efforts have all been effective at reducing the incidence of abortion,” Dr. New previously stated.

The CDC defines an abortion-related death as a “death resulting from a direct complication of an abortion (legal or illegal), an indirect complication caused by a chain of events initiated by an abortion, or an aggravation of a preexisting condition by the physiologic or psychologic effects of abortion.” While the CDC has not finalized the number of abortion-related deaths for 2018, the report indicates that two abortion-related deaths occurred in 2017 and eight in 2016 (this includes one categorized as an illegal abortion and another as unknown). The CDC report acknowledges that between 1998 and 2017, “eight states did not report abortion data every year during this period.” 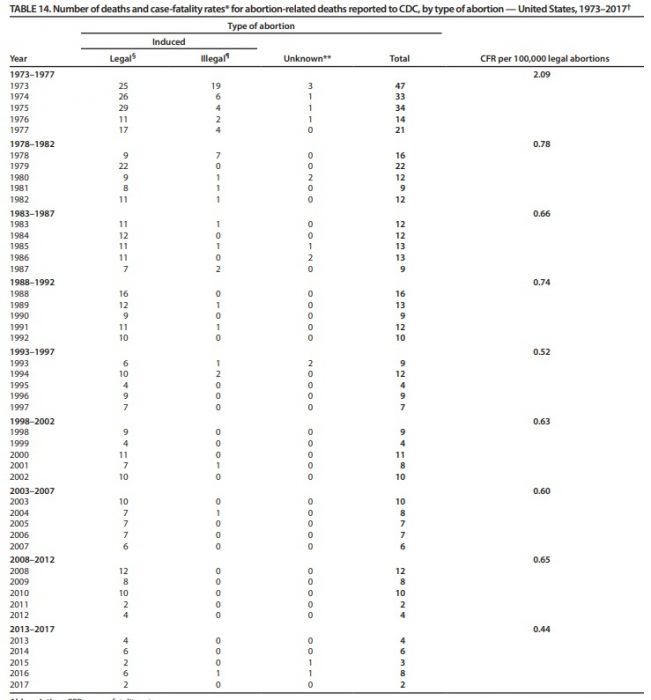 White and Black women still accounted for the largest percentage of abortions among the 31 reporting areas which sent data on race and ethnicity to the CDC. Using these percentages against the total of 619,591 abortions reported to the CDC for 2018, Live Action News estimates the following:

Live Action News plans to publish a more comprehensive analysis for this category in the coming days. 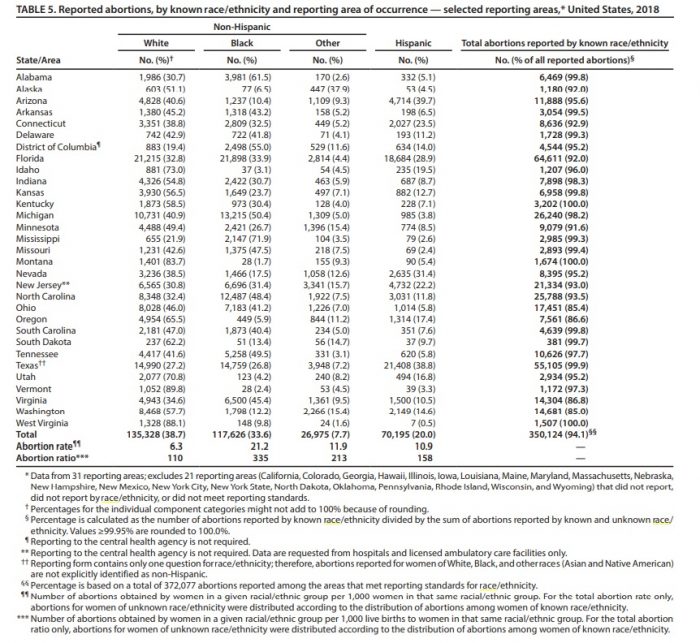 In 2018, nearly 6,200 babies (estimated) were aborted at or past the 21st week of pregnancy, according to CDC data. (Babies have survived when born prematurely as early as 21 weeks.) Gestational data was estimated below by calculating the total of 619,591 abortions and percentages reported from 42 reporting areas as follows: 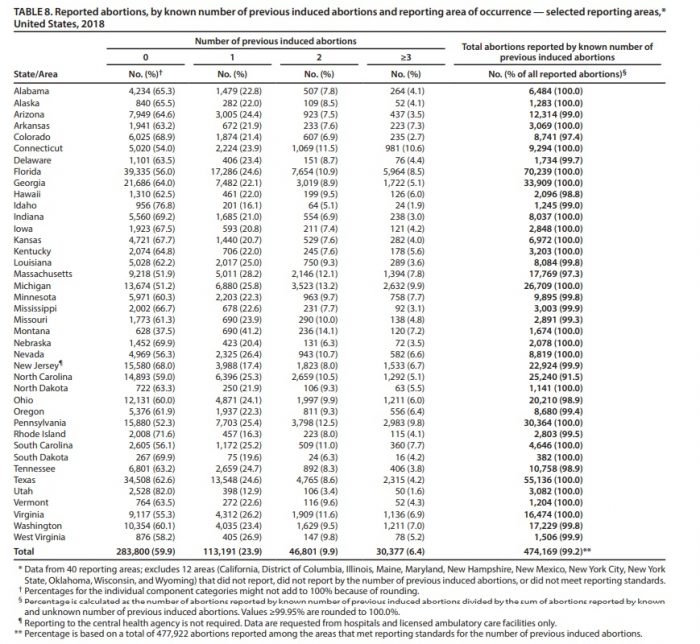 Dr. Michael New credits the decline in abortions to the dedication of pro-life prayer and sidewalk counseling outside abortion facilities, as well as the powerful impact of pregnancy resource centers. According to an analysis published by the Charlotte Lozier Institute, in 2019, an estimated 2,700 pro-life pregnancy centers provided nearly two million people in the United States with free services, for an estimated total value of services at over $266 million. Out of that number of PRCs, the CLI report indicated that medical pregnancy centers have increased over 4000%, from 50 in 1998 to 2,132 in 2019.

Editor’s Note, 1/21/21: This post has been updated with further information.