Live Action News has previously documented that later abortions are much more common than the public is led to believe. Now, a Live Action News review of the most recent state abortion data reveals that later-term abortions in some states were as high as 15 to 17 percent of all abortions reported. National abortion data reveals that over 100,000 abortions occur in the second and third trimesters in just one year, according to the latest numbers reported by the Guttmacher Institute (2014). Polls show that the American public is uneasy with aborting a child beyond the first trimester (13 weeks and up) and believe it should be restricted after this point.

It is clear from previous Live Action News reports that late-term abortions are not being committed solely for health reasons. In several states, including New Mexico, taxpayers are actually forced to fund late-term procedures (after the 20th week) done for any reason the woman desires.

In January of 2017, Planned Parenthood’s former “special affiliate,” the Guttmacher Institute, which tracks abortion statistics, published abortion statistics showing that 926,200 abortions were reported to them in 2014. And although abortions after 20 weeks have been a legislative issue for years, Guttmacher did not break these numbers down by specific gestation. Instead, the organization published a graph which shows that over 100,000 abortions are committed in the second and third trimesters of pregnancy in one year: 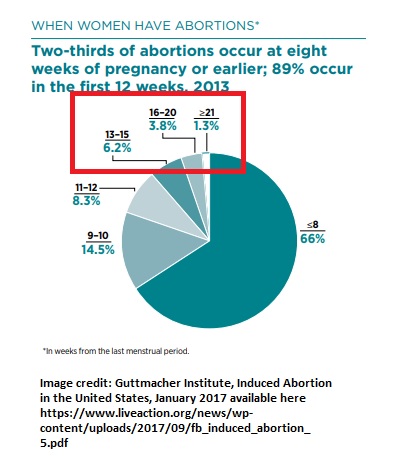 A 2015 analysis of national abortions by gestation for years 1998-2010, published by Obstetrics and Gynecology, which did not separate procedures at 13 weeks, reported the following numbers:

More recent data published by individual states according to gestational age was even more shocking.

Live Action News reviewed data from 36 states and the District of Columbia plus data from New York City, but data by gestational weeks was unavailable for 15 states plus D.C. The published abortion data ranged in years as follows:

Of the states that published abortion data by gestational weeks, with few exceptions, later-term abortion percentages ranged from 6-17 percent:

In three states, 2nd and 3rd trimester abortions accounted for 13-17 percent of all abortions

In 12 states, 2nd and 3rd trimester abortions accounted for 11-13 percent of all abortions 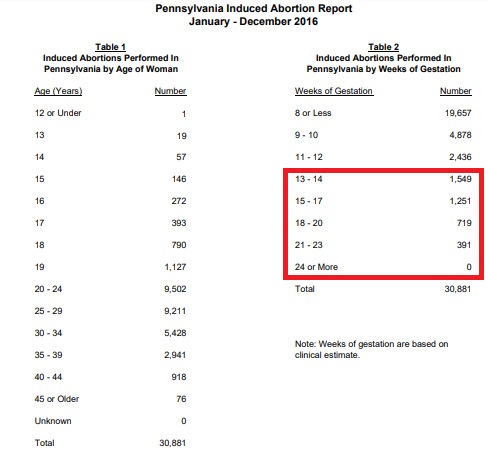 In 19 states, 2nd and 3rd trimester abortions accounted for 6-10 percent of all abortions 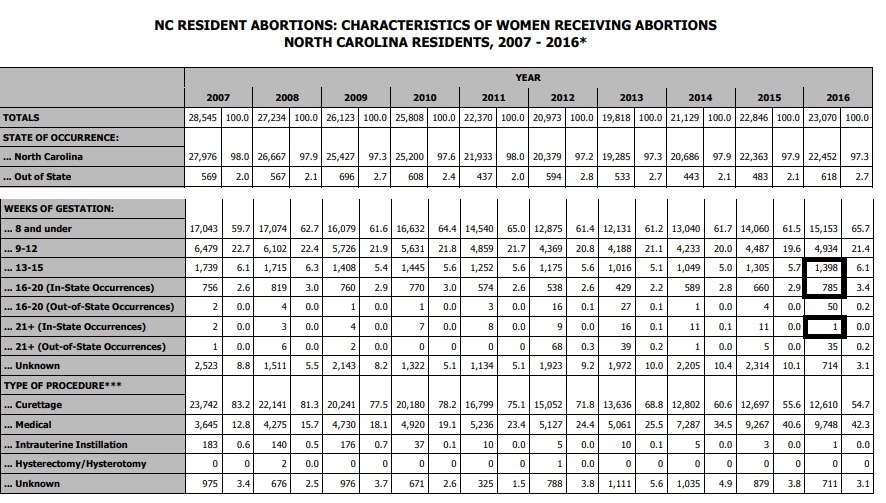 North Carolina abortions for residents by gestation 2007 to 2016

Live Action News also found that in some cases, the later-term abortion percentages would have been higher, had data by gestational age been available for nonresidents as well as residents of the state. In addition, some states did not break down procedures at 13 weeks, grouping them with those from the first trimester. Had this data been available, it is likely that later term percentages in those states would have been higher. This was most noticeable in Indiana and South Carolina. 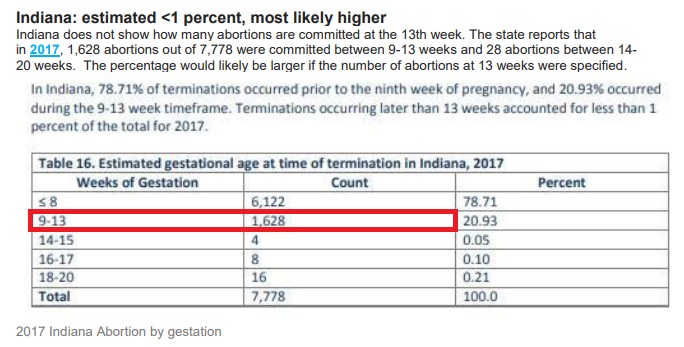 Third trimester abortions were not grouped in their own category

The majority of states did not break down third trimester procedures, but rather categorized, for example, all of those under the column of “21 weeks and up.” 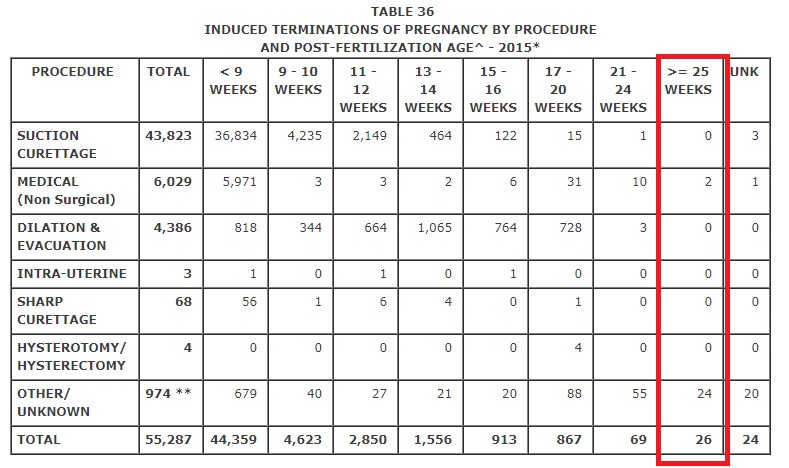 Data was unavailable for locations typically known for late third trimester procedures, such as California and the District of Columbia. While Colorado is another state which has an active third trimester abortionist, that state did not break down procedures past 21 weeks, openly admitting that published abortion numbers are “believed to be significantly underestimated.”

For more than 20 years, Gallup has found that abortion support plummets after the first trimester. According to a June 2018 Gallup Poll, out of 60 percent of adults who believe abortion should be legal in the first 12 weeks of pregnancy, “support drops by about half, to 28%, for abortions conducted in the second three months, and by half again, to 13%, in the final three months.” 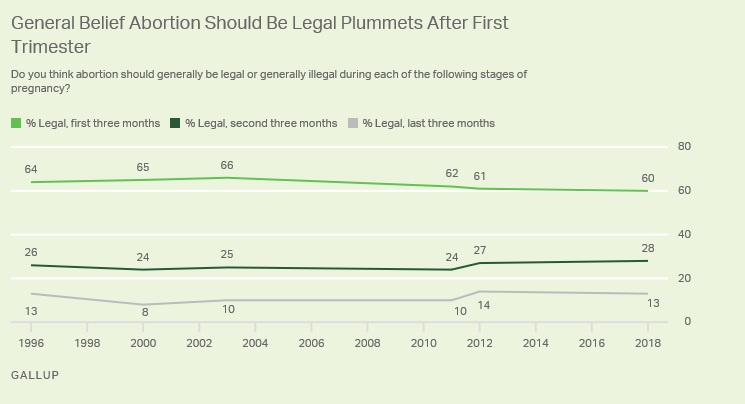