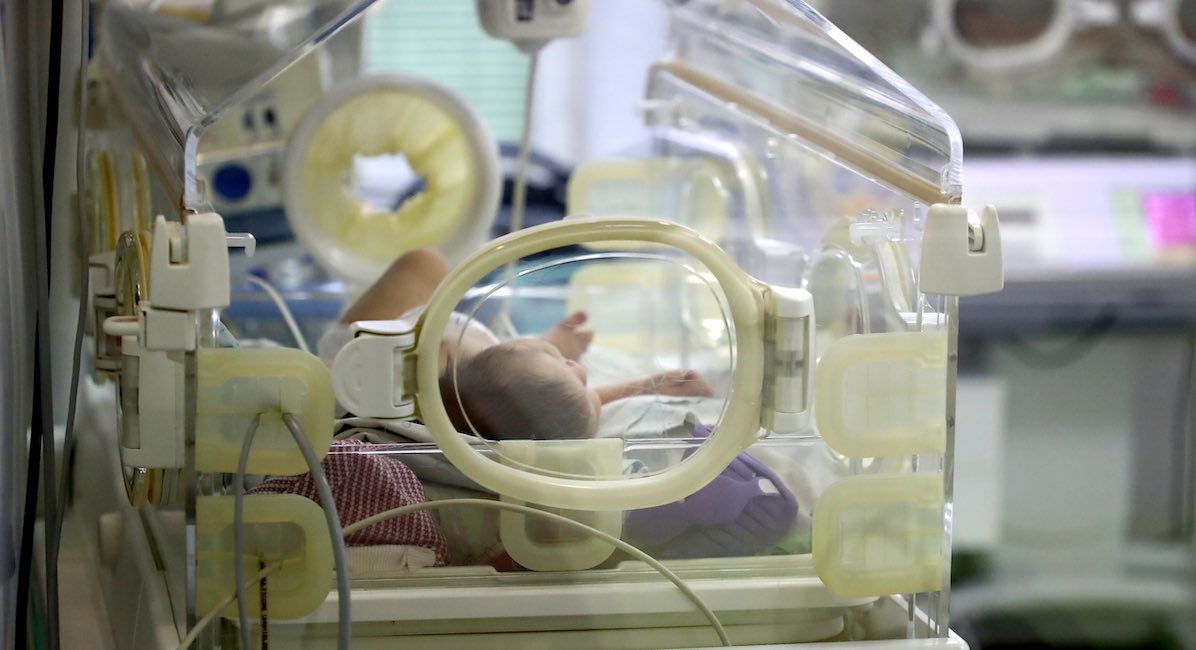 Jay had just learned that her newborn daughter Cali had Edwards Syndrome — Trisomy 18 — and one of the first things her doctor said was that it would be “inappropriate” to resuscitate her daughter at any point. In blog posts chronicling life with a child who has Edwards Syndrome, Jay shares how this became one of the defining moments of discrimination that her child would face. This and many other moments led to her distrust for doctors.

“Until I had a child with Edwards Syndrome I had a high level of confidence in medical professionals,” she wrote. “This trust started to corrode on Cali’s eighth day of life when we were told by a Consultant that any type of resuscitation was inappropriate for our daughter. This announcement was made in spite of the fact that Cali had needed nothing more than an NG tube and some UV lights to ready her for discharge. She was functioning well, breathing and feeding and at that point only her heart condition had been detected.”

The truth was, Cali wasn’t knocking on death’s door as the doctors had predicted. Therefore, for the doctor to not only tell her parents that resuscitation was pointless but to influence them to sign do not resuscitate (DNR) paperwork, showed blatant disregard for the life of a baby with a genetic condition. Even the nurse chimed in that day that “resuscitation can be very invasive,” as if that same “invasive” action wouldn’t be used for countless newborns without disabilities – those who were deemed worth fighting for.

Armed with the belief that their daughter would not survive, the new parents brought their baby girl home to spend precious time with her before she died — but she didn’t die. Against the data and the odds, Cali lived. At three months of age, she needed to have a Nasal Pharyngeal Airway placed — but the doctor who had advised letting Cali die took it upon himself to walk across two hospitals to search out her family. He then informed them that they should not be seeking medical care for their daughter.

It may seem shocking, but parents of children with Edwards Syndrome face this attitude with regularity.

Brad and Jesi Smith have seen this repeated discrimination regarding their daughter Faith, who has Edwards Syndrome. Because the Smiths refused amniocentesis, Faith was not diagnosed prenatally nor immediately at birth, so the doctor told them of his plans to fix the hole in her heart. But two weeks later, the Smiths were told Faith had Edwards syndrome, and suddenly that changed everything: that same doctor suggested not doing the surgery, telling the Smiths that children with Edwards Syndrome don’t do well with heart surgery. What the Smiths learned, however, completely contradicted the doctor’s claims.

While it is considered a higher risk to operate on a child with Trisomy 18, Faith still had an excellent chance of survival. This wouldn’t be the last time doctors discriminated against Faith, but it was the beginning of her parents’ complete determination to fight against it. Thankfully, with the help of former U.S. Senator Rick Santorum, whose daughter Bella also has Edwards Syndrome, the Smiths were able to identify instances when their daughter wasn’t receiving medical treatment that would otherwise be given to her if she were a “typical” child.

Society is conditioned to believe that doctors know best and that they have their patients’ best interest at heart. Jay, however, noted that if the parent of a “typical” child were to refuse that child’s treatment, hospital staff would call child protective services. Yet a doctor can deny treatment for a child against the parents’ wishes simply because that child has been diagnosed with a genetic condition deemed “incompatible with life.” Many parents are led to believe their child has no chance, and their child dies.

How many babies with Edwards Syndrome (Trisomy 18) are dying not from the condition itself, but because doctors are refusing to treat them?

“All of this leads to more babies with Edwards and Patau Syndrome dying, a vicious cycle of self-fulfilling prophecy,” said Jay. “Their deaths are easily absorbed into the high mortality rates of Edwards and Patau Syndrome, as often it’s impossible to say how much of a difference more medical support would have made. But I am convinced that some of those babies could have become surviving children.”