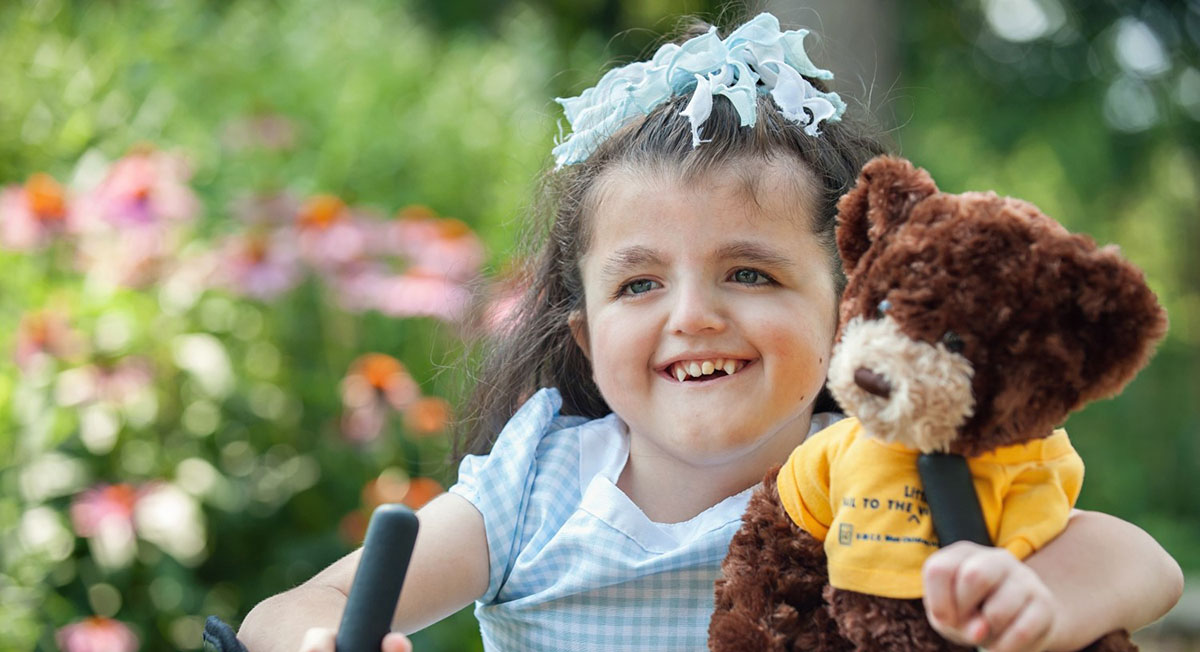 Children diagnosed prenatally with disabilities and conditions like Trisomy 18, or Edward’s syndrome, are marked for death by abortion. Misinformation has been the cause of the mass execution of these children before they are born, but now it’s become clear to parents like Brad and Jesi Smith that these children are targeted for death after birth as well.

When doctors suspected the Smiths’ daughter Faith had Trisomy 18, they pushed the couple several times to get an amniocentesis to confirm, and abort. Doctors offered no hope for Faith’s survival and told the Smiths their daughter would devastate their finances, ruin their marriage, make life difficult for their other children, and then die anyway. They stayed firm in their decision to choose life but didn’t realize that after Faith’s birth, they would have to continue to fight for her right to life against doctors who thought their daughter was better off dead. 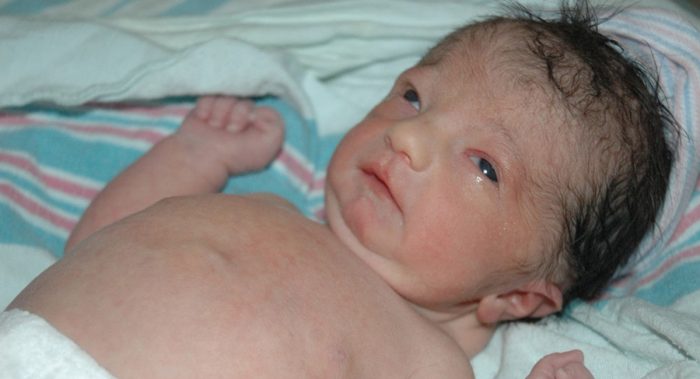 Faith was diagnosed with Trisomy 18 and targeted for abortion. Photo courtesy of Smith family.

Because the Smiths refused the amniocentesis, Faith didn’t have an official diagnosis at birth. Doctors heard an atypical murmur in her heart and after some testing, a cardiologist found a giant and a small hole. Until he learned of her Trisomy 18 diagnosis, he was hopeful.

“He came in on Christmas Day to look at her and after just looking at her, not having a diagnosis, he said, ‘Look, she’s got a big, huge hole in her heart, but we can fix this. This is the kind you want to have. It’s just one and done. We go in and fix it and you never have to do anything again,'” Brad told Live Action News. “Two weeks later, now we have a diagnosis of Trisomy 18 and he starts telling us, ‘Well, you may not want to do anything, and she may not do well with a vent and a lot of these kids don’t do well with heart surgery.'”

READ: Persons with disabilities speak out against assisted suicide: We are treated as ‘burdens or costs’…

However, the Smiths learned that 90 percent of children with Trisomy 18 survive heart surgery, vs. 99 percent of typical children. So while it is a bigger risk to operate on a child with Trisomy 18, 90 percent still survive it. According to a Pediatrics study, patients with Trisomy 18 who underwent heart surgery had a “significant decrease in mortality,” and “the impact lasted for the next two years.” The study found that because infants with Trisomy 18 have short life expectancies, their heart conditions are treated, but not fixed. Doctors didn’t think surgery would have an impact on survival rates, but it increases the odds of survival and hospital discharge from 33 percent to 67 percent. 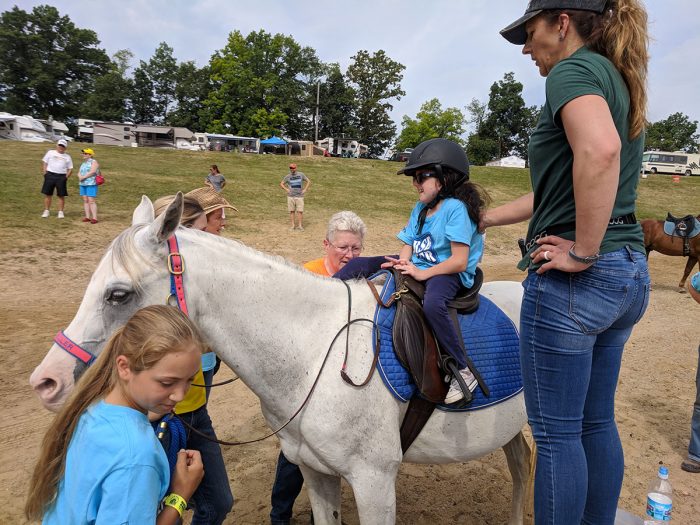 Faith’s doctor was reluctant, saying Faith could go into heart failure and pneumonia. But, he said if they were adamant about the surgery, he was willing, as long as an ethics committee approved.

The Smiths were shocked. This doctor thought Faith’s heart could be fixed until her Trisomy 18 diagnosis. Now, it would take an ethics committee to decide if it was worth it? Eventually, the Smiths would discover the name for this stalling and denial of medical treatment: Slow Code.

“It would have been easier if doctors had just said they don’t treat kids like Faith,” said Jessi. Instead, doctors acted like it was a lost cause and would find excuses not to provide certain treatments. It happens with the elderly as well. Doctors avoid giving medical treatment until it’s too late — so it appears they’re trying to help, but actually, they aren’t.

The Smiths began to hear stories of discrimination from other parents of children with medical conditions. One mother had newborn twins — one with a health condition and one without. Doctors wouldn’t even give the twin with the disability eye drops. Another mother battled medical staff that denied her son’s pneumonia treatment because he had Trisomy 18. When a nurse overheard her telling another mother the staff was discriminating against her child, suddenly the child’s hospital room was full of people willing to help.

After Faith was sick four times in less than three months and nearly died twice, Slow Code hit home for the Smiths. During this time, hospital staff gave Faith enough care to help her overcome the illnesses, but never attempted to find a solution to their cause. Then Brad met Rick Santorum, a U.S. Senator whose daughter, 10-year-old Bella, has Trisomy 18. 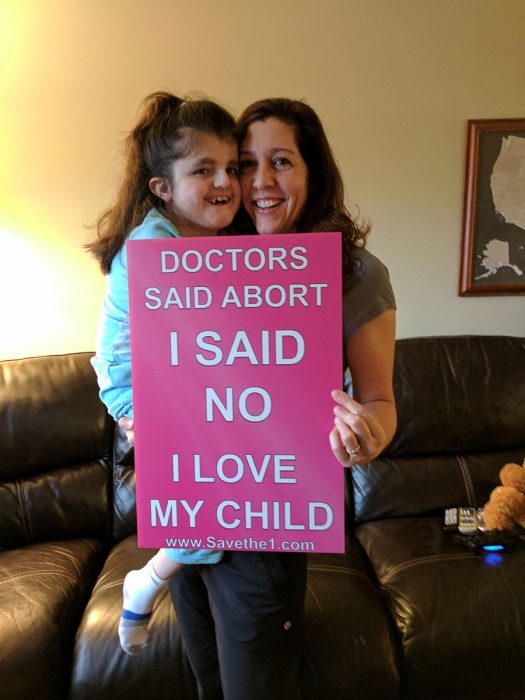 Faith’s mother said no to abortion despite the possibility of Trisomy 18. Photo courtesy of Smith family.

Santorum advised the Smiths on what needed to be done to help Faith, including the use of a CPAP or BiPAP machine – things doctors had never mentioned. Santorum also made a list of all the treatments Bella was receiving that Faith should also get. With this knowledge, Brad confronted a doctor who said they should go to a different hospital, because he could not help Faith.

“It was the first time that anyone was honest with us about what they were willing to do for Faith,” said Brad.

One of the reasons the Smiths believe Slow Code is used on children with Trisomy 18 is because they’ve been labeled as “incompatible with life” for so long, that when one of them has trouble with sleep apnea or with eating, the parents are told there’s nothing to be done — when actually, there are options.

The Smiths found Dr. Glen Green, a Pediatric Otolaryngology specialist, after changing hospitals. He was willing to help, and everything seemed to improve.

Around age eight, Faith had heart surgery. Though the original cardiologist had said it would be too dangerous, Faith was down to just Tylenol for pain control within 48 hours of surgery, and was walking in her gait trainer a day later. She recovered quickly, and the surgery also helped alleviate another major problem she had: heavy bleeding from her colon. 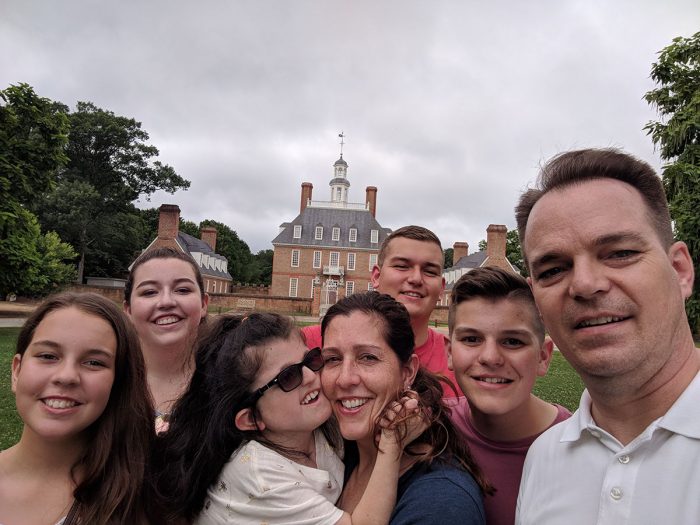 Faith, pictured with her family, was targeted for abortion because of Trisomy 18. Photo courtesy of Smith family.

“She had seven transfusions,” said Brad. “They were struggling to figure it out. Some doctors gave up, but we had two, in particular, that wouldn’t give up. Finally, one guy did a cauterization of her colon and he was an adult doctor and he came back and said that he thought her heart was causing the problem.”

The heart surgery was scheduled for spring, but the Smiths moved it to January hoping it would help with Faith’s colon issues. The heart surgeon was skeptical, but the GI doctor said he had seen it in older patients whose hearts aren’t working well and can’t pump enough pressure to the bowels, causing blood to pool and arteries to fill up and burst. Since the heart surgery, Faith’s colon hasn’t bled. She also gained 10 pounds after struggling to gain weight.

Over the years, Faith has undergone additional surgeries. She now has no sleep apnea. She smiles, laughs, and sings. She loves swimming, horseback riding, and playing with other kids, especially her siblings.

“People are always amazed at how much her siblings love her,” said Jesi. “It’s part of the human condition to care for one another.”

Faith is now nine and is doing well. Now that her parents know about Slow Code and have found a team of doctors willing to treat Faith, they want parents of other children with disabilities to know that their children are capable of living. Trisomy 18 isn’t always a death sentence if you find the right medical team.