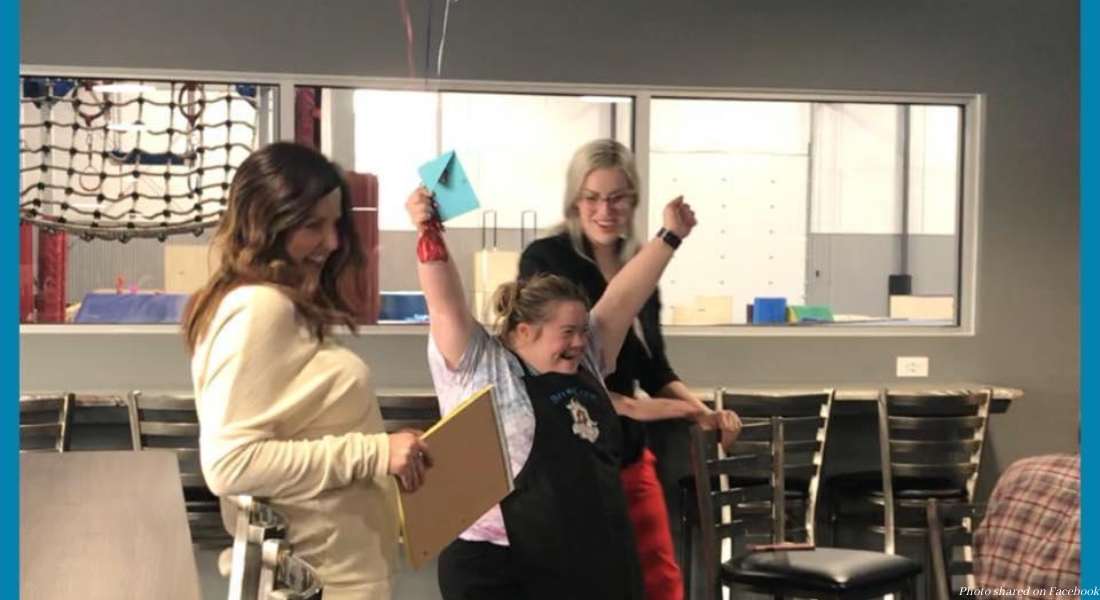 The first coffee shop in Sioux Falls, South Dakota, to employ people with disabilities has just opened its doors. Yakkity Yak Coffee Shack is staffed by people with intellectual and developmental disabilities, and its mission is to ensure that people of all abilities are seen as respected and appreciated members of their community.

Earlier this year, the new venture was announced, with its grand opening delayed due to the COVID-19 pandemic. But today, the coffee shop is open, serving food and drinks, and is staffed by employees with various disabilities — some are blind, some have Down syndrome, some are autistic, and so on. “This helps to break the stereotype that people with different abilities can’t do anything they want and that they can’t support themselves,” manager Meredith Molseed told the Argus Leader. “If you give people a chance to do what they want, anything is possible.”

READ: ‘No limits’: New Jersey restaurant to train and employ adults with disabilities

Molseed’s own personal experiences influenced her views on disability; her aunt had learning delays, so she grew up around people with disabilities and saw them as a normal part of life. But she knows not everyone had the same experience, and grew into adults who are not as accepting of people with disabilities. She hopes Yakkity Yak changes that. “There’s just a stigma that they can’t do anything or can’t do it without help,” she said. “But the amount of independence they have here is unreal. They’re not seen as a person with different abilities. They’re just seen as a person.”

Kathy Luke is the executive director of Yaks Give Back, a disability-focused non-profit, and described it as her “passion project” to KELO. “You are just so full of joy… seeing somebody have something they didn’t think they’d have,” she said.

Lindsey Janklow, vice president of the Yaks Give Back Foundation, added that their employees are more than just your typical baristas. “We had a girl here last night and this is going to be her first job in ten years,” Janklow explained. “It’s providing opportunities for people in the community who typically aren’t able to walk into any old place and get a job.”

Yakkity Yak is the latest in a new trend of inclusive businesses, meant to give people with intellectual and developmental disabilities the opportunity to find meaningful employment. From doggy daycares and bakeries to snow cones and socks, more and more people in the disability community are taking control of their futures. Not only does it give them the chance to have a job, it proves that people with disabilities are more capable than many people view them to be.

Long-term, Luke is hoping to expand on Yakkity Yak’s inclusive environment to create more opportunities for people with disabilities, such as playgrounds and programs in a local gymnastics program that will bring neurotypical children and those with disabilities together on a regular basis. “We made a point going forward that we’ll build this building and provide something to show people that it’s not a disability — these people have abilities, and they can find a way to flourish and a way to feel part of something even when society has taught them otherwise,” she said, adding, “We hear about change and acceptance and inclusion, but we struggle to find out where that can happen. So we’re going to be that change.”