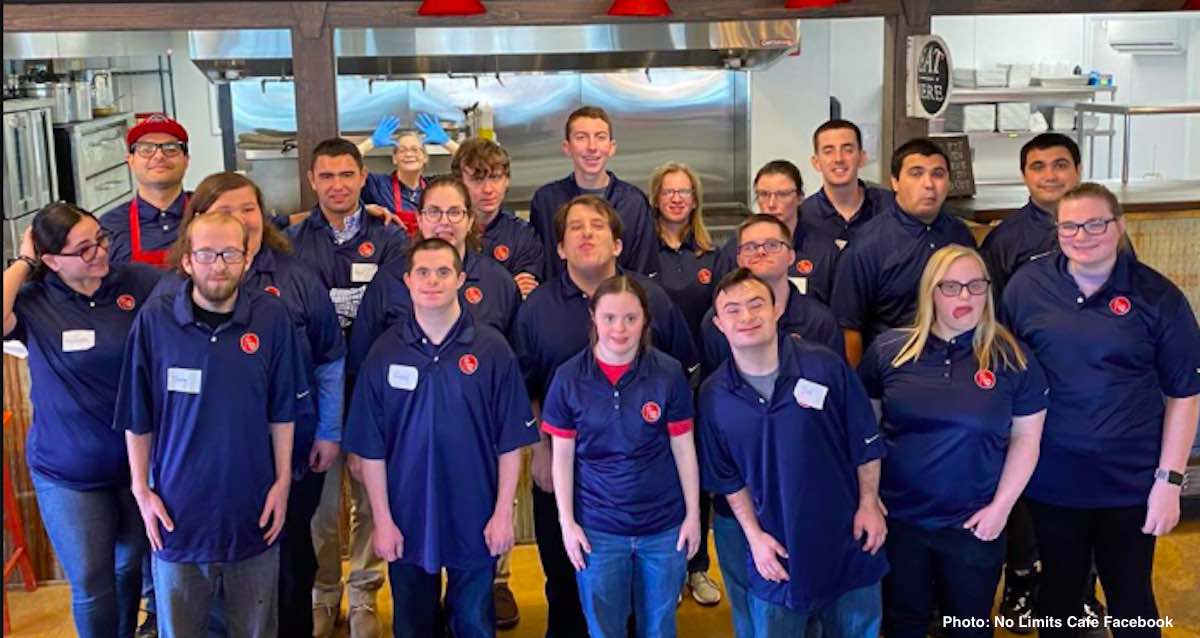 This week, a New Jersey restaurant was busily preparing to open its doors. While a new restaurant is not unusual, this one is different than most. No Limits Cafe in Middletown has a focus on hiring almost exclusively adults who have developmental disabilities.

While adults with intellectual and/or developmental disabilities (I/DD) often are willing and able to work, a majority of them are underemployed or unemployed. The Arc, an organization that is dedicated to promoting and protecting the rights of the intellectually and developmentally disabled, asserts that adults with I/DD comprise “one of the most overlooked talent pools in today’s labor force.”

According to PIX11, the restaurant has hired numerous employees who will prepare and serve meals to paying customers. The employees are trained by professional chefs and volunteers. The cafe plans to serve lunch daily from 11 a.m. to 3 p.m.

Reservations for the No Limits Cafe, which had its soft opening on February 5th, can be made through their website. Other information on the cafe is available on their Facebook page. Watch a special WABC 7 News report on the cafe below:

Stephanie Cartier, one of the co-founders, has a 21-year-old daughter who has Down syndrome. Cartier told PIX11 that the concept for the cafe arose after her daughter graduated from high school.

READ: One manager hired a man with disabilities 30 years ago… and ‘started a movement’

“When you turn 21, it’s called falling off the cliff,” said Cartier. “And there’s not a lot of meaningful employment for people with intellectual disabilities, not a lot of college programs. So we decided, let’s figure out something to do.”

Joan Minnuies, one of the volunteers, stated that they are “hoping that community businesses look at this and give these kids an opportunity.”

Businesses such as No Limits Cafe seem to represent a growing and uplifting trend. For example, Special Kneads Bakery was founded by a mother who wanted to help her own son and others with disabilities to find employment. Amy Wright, a mother of two children with Down syndrome, was named CNN’s Hero of the Year in 2017 for her work in founding Bitty and Beau’s, a coffee shop staffed by people with disabilities. Bitty and Beau’s original shop expanded quickly, and the brand now boasts several locations.

This rising trend hopefully will continue to grow and spread the understanding that those with disabilities can be valued and productive members of the communities in which they live, if only they are given the chance.