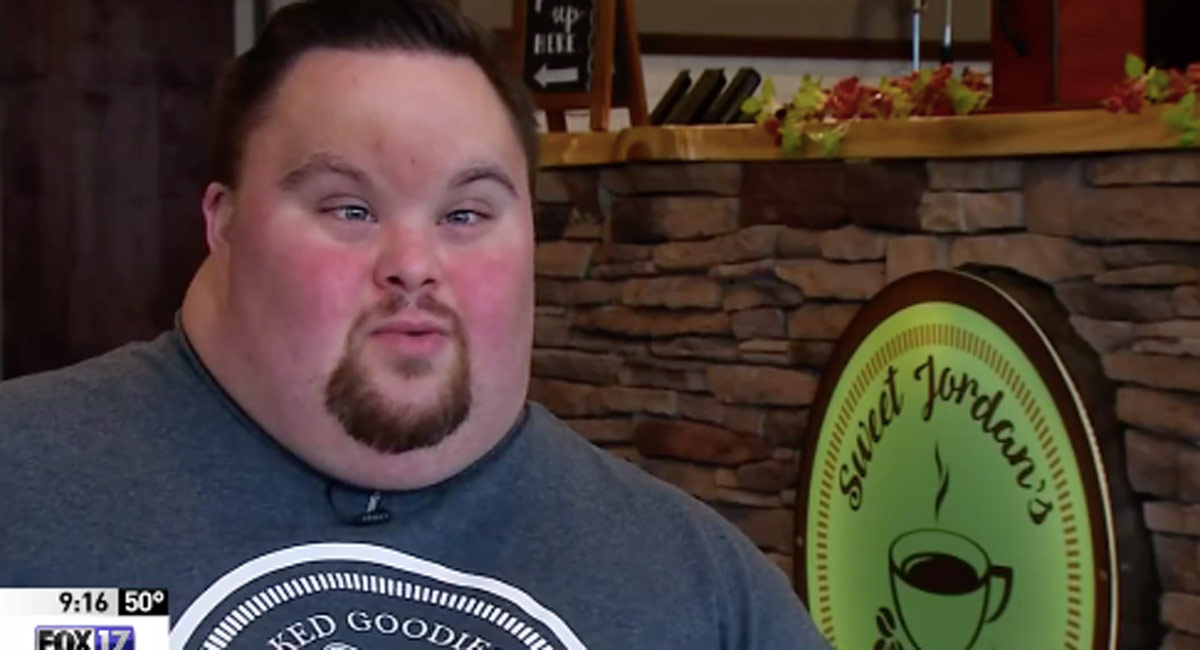 When Brad and Tommie St. John were pregnant with their son, Jordan, they were told that he had less than a 5% chance of living. Jordan, it turned out, had Down syndrome. Multiple people recommended they have an abortion, but the St. Johns, as Jordan says on his business’s website, knew better. “They knew that God has a special plan for ALL His children… even me,” Jordan said, writing on the official website for Sweet Jordan’s, the bakery and ice cream shop he opened with his parents.

“God used my life to change their minds and hearts and I believe that 26 years later, He is using my life again to change something else… my community. I believe I and others like me can do anything if given the chance.” And through Sweet Jordan’s, this family is proving it.

Thirty-two adults with disabilities run Sweet Jordan’s in Paris, Tennessee. Some of them have autism, some have Down syndrome, and one of their bakers is blind. And while the St. Johns had no retail experience before opening Sweet Jordan’s just 17 months ago, they’re already enjoying some sweet success: they’re expanding to open a coffee house as well. And it was all to help Jordan, and people like him, have the opportunity to get a decent job. “There’s really nothing for them,” Jordan’s mother Tommie said. “So we decided to do something about it.”

Locally, customers have loved not only the baked goods at Sweet Jordan’s, but the staff as well. And those warm feelings are returned. “[I love them] with all my heart,” Jordan said.

While originally, the plan was for the bakery to open as a non-profit organization, the St. Johns said there was too much red tape for that — but that didn’t stop the local community from showing overwhelming support. “[T]hat wall of thanks represents $80,000 in cash donations, and it blows us away. We have wept so many times out of joy,” Brad said. It’s little wonder, then, that so many people have found such love inside Sweet Jordan’s doors.

“I say it’s the happiest place in Paris, and I truly mean that,” Tommie said. “If you’re having a bad day, you come in here, it’s turned completely upside down. You leave here a totally different person.”

Special needs families are increasingly pursuing the creation of businesses that allow adults with disabilities to find a vocation — something that is sorely lacking in the United States today. Tim Harris, for example, was the first person with Down syndrome to own his own business, something that he loved, because he loved working. “I am so excited to go to work, so I do a dance off in the parking lot. It’s a dance of magic,” he said.

READ: Pizzeria in Rome highlights dedicated employees with Down syndrome

“We have something to contribute to society and our lives have value and meaning, just like everybody else,” Jordan says on Sweet Jordan’s website. “So that’s what we’re going to be doing at Sweet Jordan’s, ’cause, you see, ‘sweetness’ comes in all forms and fashions and shapes and sizes.”