In its “Abortion Incidence and Service Availability in the United States, 2017” report, Guttmacher, a former “special affiliate” of Planned Parenthood, also reported that in 2017, the majority of medication abortions were “provided by specialized clinics and at high volume facilities.” However, Guttmacher found that “a higher proportion of nonspecialized clinics (41%) than specialized abortion clinics (4%) offered only early medication abortion.” 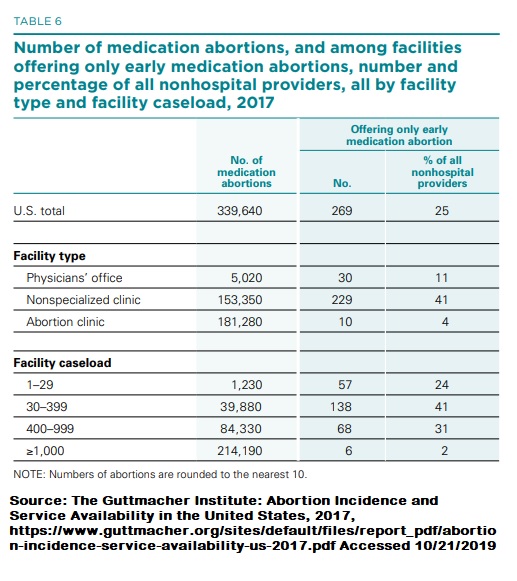 Medication abortion data has been relatively easy to track in past years due in part to regulations (still in effect) put in place by the FDA, which requires a strict accounting of who is dispensing the drugs. The FDA currently requires all those who dispense the abortion pill regimen — made up of two drugs Mifeprex (formerly called RU486) and Misoprostol — to become approved prescribers with the manufacturer, DANCO Laboratories. Under a safety system called REMS, the abortion pill can currently only be dispensed in a hospital, clinic, or office that can handle medical emergencies and properly diagnose ectopic pregnancies. 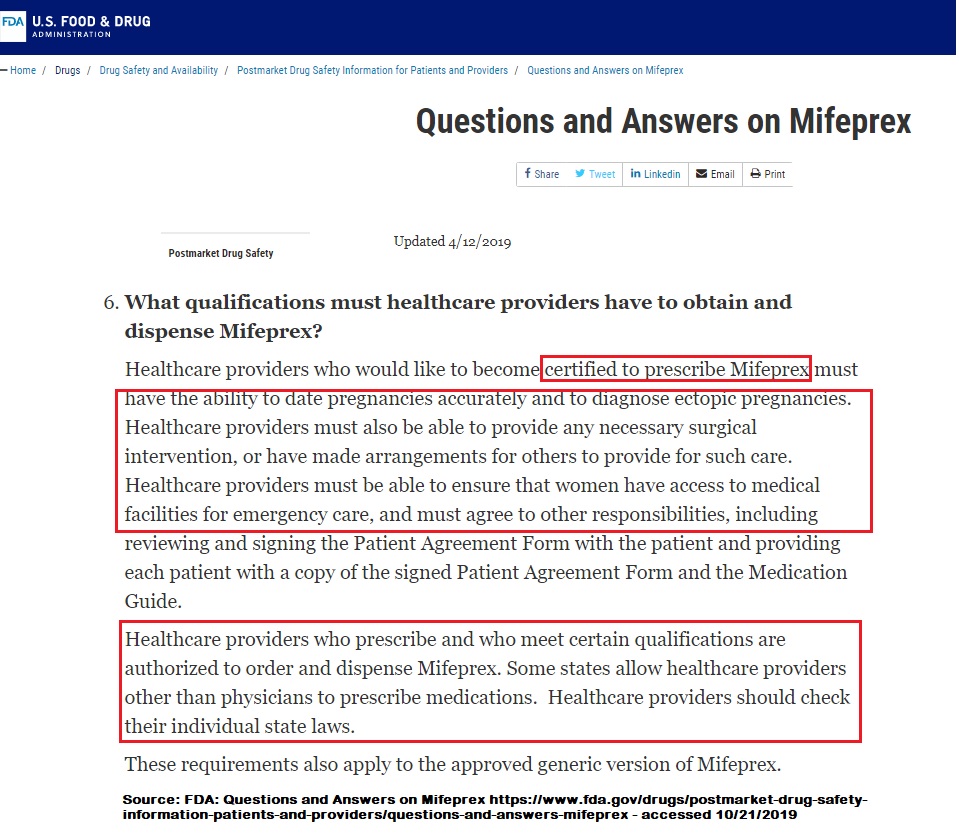 According to the FDA, “The estimated number of women who have used mifepristone in the U.S. for the medical termination of pregnancy through the end of December 2018 is approximately 3.7 million women, an increase of approximately 179,000 since June 2018.”

In its report, Guttmacher suggested that the drop in total abortion numbers may be attributed to unreported self-managed abortions, which occur “outside of clinical settings…” but later suggested the opposite. 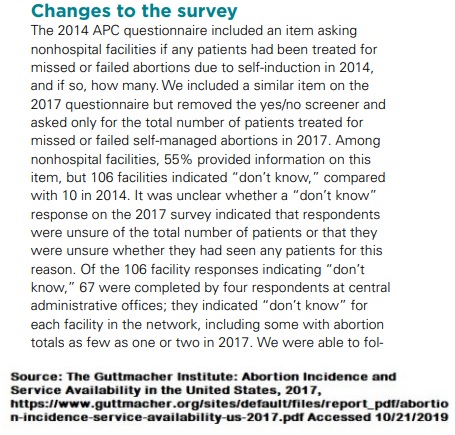 A self-managed abortion is one which occurs outside the current FDA safety protocol (REMS) where pills are often obtained online illegally. Live Action News has previously documented the sale of illegal abortion pills by groups such as Aid Access who are defying the FDA’s warnings to “immediately cease” dispension of the drugs, reportedly filling 2,500 prescriptions in 2018, according to a letter from Aid Access to the FDA. However, a lawsuit later filed by the group noted they had shipped 7,131 abortion pills to women in the U.S. between March 30, 2018 and August 27, 2019. Charlotte Lozier Institute experts have previously criticized flawed research purporting to show that self-administered, self-reported chemical abortions are not dangerous to women.

Aid Access recently filed a lawsuit against the FDA after they confiscated some of the illegally dispensed drugs. Guttmacher and others like Planned Parenthood and Tara Health Foundation have published plans to expand abortion, some of which involve a push for the FDA to abandon REMS and approve the use of “self-managed” abortions. Live Action News has documented several clinical trials and TelAbortion trials being conducted outside of REMS in an effort to legalize “self-managed” abortion:

Live Action News has also documented how abortion advocates are advising women who obtain an illegal “self-managed” abortion and later suffer a complication, to present to the ER and claim they experienced a natural miscarriage, rather than an abortion. 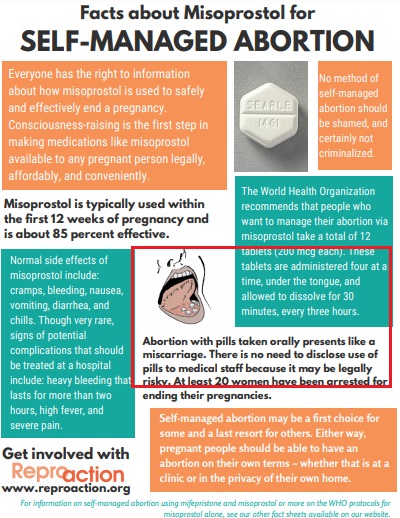 ReproAction tells women to report self abortions as miscarriages

On one hand, Guttmacher appears to be pointing to an alleged increase in “self-managed” or “illegal” abortions – which are not being reported – to account for the decline in the total number of abortions for 2017. Yet further down in their document, Guttmacher states, “it is nonetheless unlikely that even a substantial increase in self-managed abortion can account for the majority of the decline in abortion incidence nationally during the study period.” 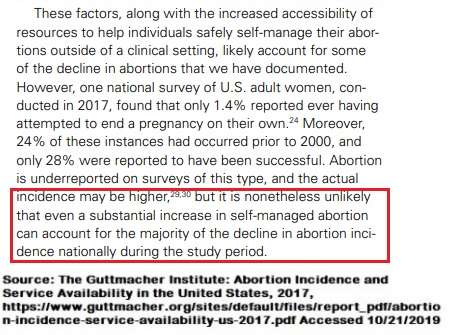 In the years leading up to Roe v. Wade, abortion advocates acknowledged a majority of “illegal abortions” were performed by “reputable physicians.” Past Planned Parenthood president Alan Guttmacher admitted to the Harvard Crimson in 1967 that “Seventy per cent of the illegal abortions in the country are performed by reputable physicians, each thinking himself a knight in white armor.” Today, underground groups are being formed to help commit “cheap, safe” abortions at home. And legal groups are now dedicated to “liberating” women who commit self-induced abortions. The ACOG, which has shown itself to be pro-abortion, has also called for women to not be prosecuted for any self-induced abortions.

Recently, the state of California passed a measure to force public universities to provide medication abortion on campus. The FDA reports that two dozen women who obtained pills from medical facilities have died, and thousands have been hospitalized. As of 2016, adverse effects of the pills are no longer required to be reported so we have no idea what the true number of serious complications are. The fact remains that the safety of women has never been the true motive behind abortion legalization.

“Abortion advocates claimed that legalized abortion would eliminate “do it yourself” abortions! Now they want to return to the days of “back-alleys,” this time with “chemical coat-hangers,” wrote Patrina Mosley, Director of Life, Culture and Women’s Advocacy at the Family Research Council.

“This business model places the heavy burden and liability of abortion on the women and not on the abortion industry themselves…. No matter what the abortion industry’s propaganda might say, the real reason abortion rates are in decline is that women are choosing life, and pregnancy resource centers providing life-affirming care—often at no cost to the women—are prevailing.”

For more information on the abortion pill visit AbortionDrugFacts.com.