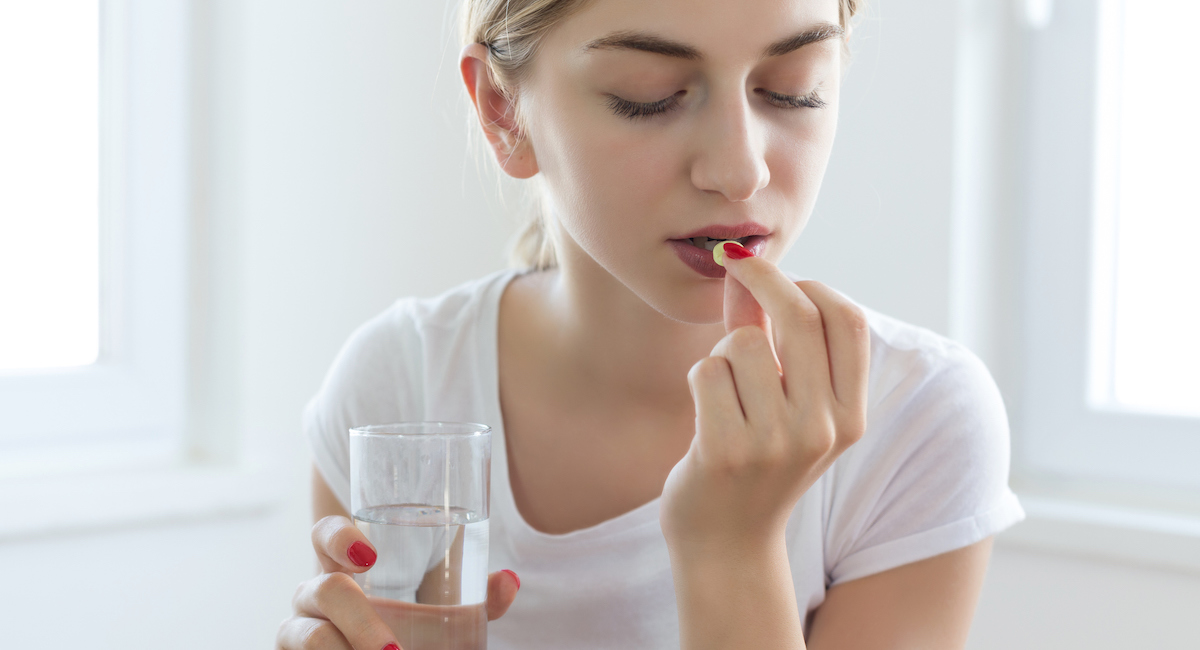 A measure to force public universities to offer dangerous abortion pills on college campus, recently signed into law by California Governor Gavin Newsom, will initially be set up using funds from pro-abortion groups. However, pro-life student group Students for Life of America (SFLA) notes that student fees will also be used to fund on-campus abortions, since those fees underwrite the costs of campus healthcare centers. SFLA also pointed out how the conscience rights of students and healthcare workers will be violated if forced to participate with abortions. “This law includes funds that can go to Planned Parenthood for ‘consulting’ and new funds for ‘security’, allowing the nation’s number one abortion vendor to sit back and cash checks, enjoying the chaos of abortions taking place at schools without any of the risk,” said SFLA president Kristin Hawkins.

The bill requires student health care services centers at the state’s 34 University of California (UC) and California State University (CSU) campuses to offer medication abortion on and after January 1, 2023. According to a Department of Financial Bill Analysis, SB 24 “establishes the College Student Health Center Sexual and Reproductive Health Preparation Fund under the administration of the Commission on the Status of Women and Girls.” It requires the Commission, whose current chair Alisha Wilkins previously worked for Planned Parenthood of the Pacific Southwest in Riverside, “to provide grants of $200,000 to each student health center, and a grant of $200,000 to both the UC and CSU system to become prepared to offer abortion by medication techniques and develop associated back-up medical supports.”

The abortion pill was brought into the U.S. by the Population Council, a eugenics organization which sought out investors to set up a highly secretive company — DANCO Laboratories — to manufacture the drug.

At CSU, the initial costs were “unknown” but raised concerns it could likely range in the millions to low tens of millions of dollars. 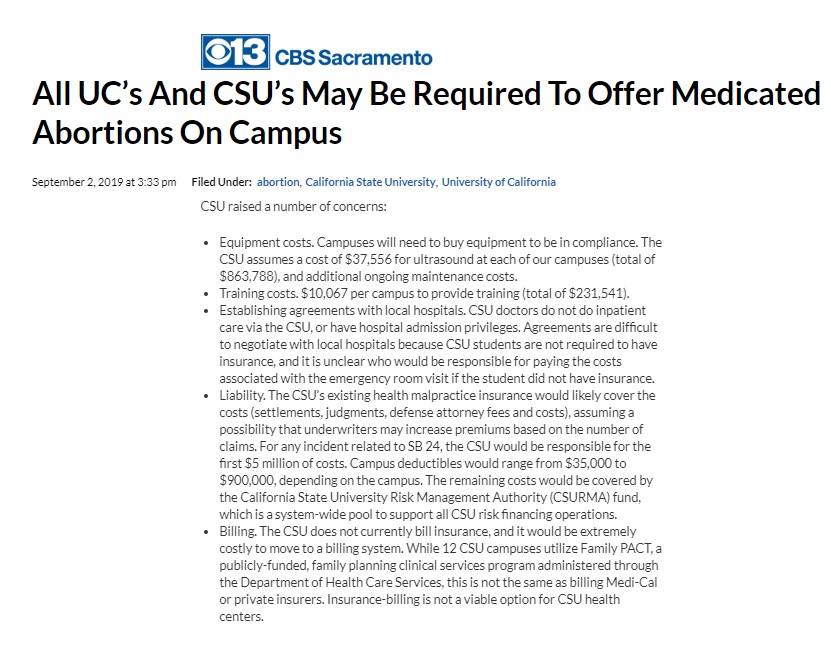 “While this bill and its sponsors indicate that private financing would cover all the costs associated with this bill, Finance notes this bill could create future General Fund cost pressures to the extent sufficient private funding cannot be raised to support readiness grants, the costs to comply with this bill’s requirements exceed the proposed grant funding, or to the extent the UC and CSU incur ongoing costs after January 1, 2023,” the analysis said.

According to a statement by the ACLU, a “[C]onsortium of funders, including the Women’s Foundation of California and Tara Health Foundation,” has raised the initial funds.

The Women’s Foundation of California:

According to the Guttmacher Institute there were 132,680 abortions committed in California in 2017. A previous analysis by Live Action News revealed that taxpayers in the state paid over half a billion dollars (nearly $700 million) for abortions from 1989 to 2014. In 2017, the pro-abortion Advancing New Standards in Reproductive Health (ANSIRH) — a research group at the University of California, San Francisco (UCSF)’s Bixby Center for Global Reproductive Health, which trains abortion providers — estimated, “Approximately 23% of CSU students and 12% of UC students are enrolled in Medi-Cal.”

SFLA claims there was no need for the law because abortion facilities are less than 6 miles from every California public university and college campus. The group also claims there are no safeguards are in place to protect women who may be dosed with the drugs without their consent. Live Action News previously documented how many of those behind the push for these dangerous pills to be readily available on campus are also pushing for FDA safety requirements to be lifted. To date, at least 24 women have died from the abortion pill and literally thousands have been hospitalized with serious complications.