UPDATE, 6/20/19: Live Action News learned today that this study has now been withdrawn and is “not proceeding at this time.” No reasons were given.

3/4/19: An abortion pill study which seeks to provide the deadly drugs to women who are not even pregnant yet has begun in California. The “experimental” study, published at the FDA’s Clinical Trials website for participants who are “not currently pregnant and not desiring to be pregnant in the next year,” appears to be in its beginning stages. It will be conducted under the direction of abortionist Daniel Grossman by the University of California, San Francisco (UCSF) and is expected to be completed in April of 2020. Study participants will receive:

Currently, under the FDA’s REMS system, the pill (Mifeprex) is only permitted to be “dispensed in clinics, medical offices, and hospitals by or under the supervision of a certified healthcare provider,” which have the ability to (1) date pregnancies accurately and to diagnose ectopic pregnancies, and (2) provide any necessary surgical intervention, or have made arrangements for others to provide for such care.

However, this abortion study’s participants will not be examined for pregnancy, but will receive a mere “over the phone” consultation, with pregnancy to be estimated based on the date of the last recalled menstrual period.

What could possibly go wrong? Well, a lot, actually.

In this model, patients at risk of unintended pregnancy and with a desire to avoid pregnancy will be assessed by a clinician and provided counseling on pregnancy recognition and testing, as well as how to administer MAB at home. For this pilot study, only patients who have previously had a MAB will be included, since this population has reported the highest interest in the model, and they are also already familiar with how to use the medications.

But in this trial, abortion inducing pills will be given to women before becoming pregnant:

The clinician will provide Mifeprex® and misoprostol to the patient at the time of counseling in case the patient becomes pregnant and wants to terminate the pregnancy using the medications up to 10 weeks gestation. Patients will contact a study clinician for an over-the-phone assessment of eligibility for MAB, including assessment of gestational age, before self-administration of Mifeprex® and misoprostol, and then attend a follow-up visit with the clinician.

Despite the potentially risky possibility of miscalculating the pregnancy and then taking the pills past the gestational limit of 10 weeks — or an ectopic pregnancy, which often requires ultrasound to determine — the posted “secondary outcome” states, “Gestational age will be calculated by last menstrual period during the over-the-phone clinical evaluation with a study clinician. Ultrasound data will be analyzed if obtained.”

“Participants will be given clear instructions on study participation and returning unused medications in an appropriate time frame,” the study claims.

Who is conducting the study? 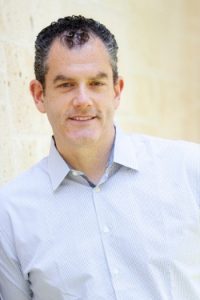 If the name ‘Daniel Grossman’ sounds familiar, it might be because he has been leading the push for so-called “self-managed” abortion. He has sponsored another study which involves pharmacy dispensing of the abortion pills.

Grossman has a previous association with manufacturer of the abortion pill, DANCO, and is deeply entrenched in the abortion industry. Grossman:

Barar has written casually about her own abortion, one that she claims she does not regret. “I was 40 years old, my family was complete, and my husband and I made the decision easily and without angst,” she said.

I told my son, who was 13 at the time, that I was having an abortion a few days before the procedure. I explained to him that contraception can fail and even someone who knows a lot about reproduction can get pregnant unexpectedly. I told him that while I was sure I would grow to love a new baby just as much as I loved him and his sister, I also feared I would resent the havoc it would wreak on all our lives, and the attention it would take away from them. He wanted to know if I would be OK, if it would hurt.

If these abortion extremists have their way, ending the life of a living human baby in the womb will become even more casual and common than it already is. This study to provide abortion pills to women who are not even pregnant yet is another clear indication of how fanatical true abortion supporters have become.