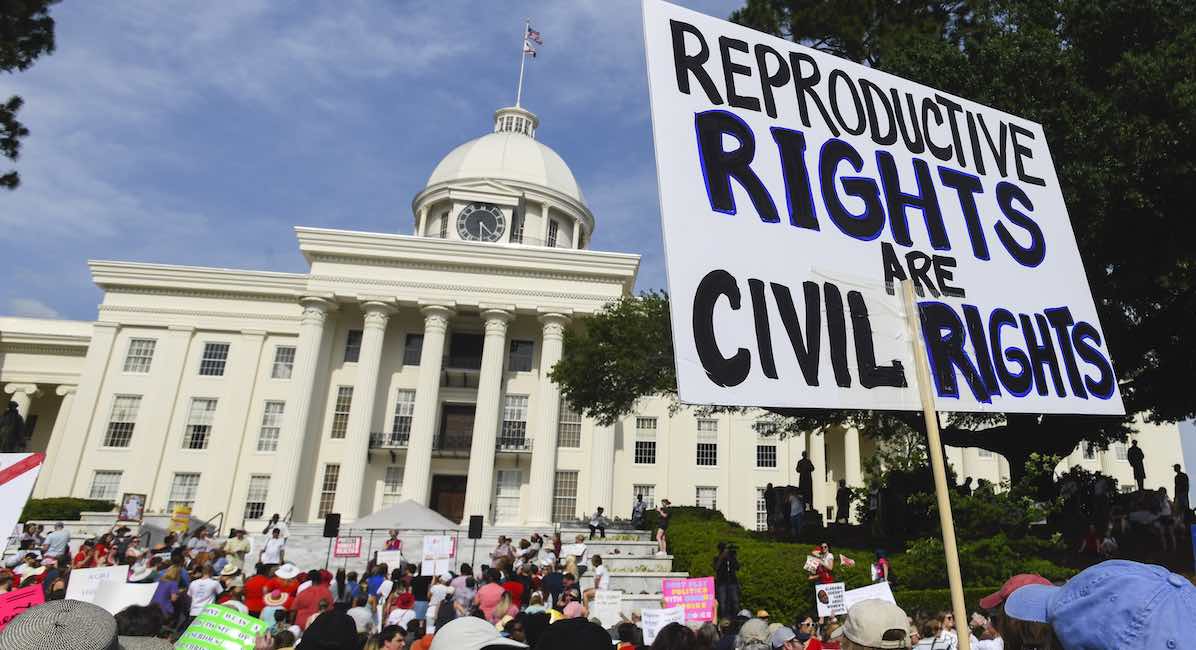 As the debate over abortion rages, the abortion industry continues to switch its marketing strategies in order to win support. From “pro-choice” to “reproductive health care” to “reproductive rights,” pro-abortion organizations have always found a way to desensitize people to abortion in an attempt to not only normalize it but make it appear to be a “right” and a necessity. Now, a major pro-abortion organization has announced its new marketing term in hopes of winning moderate voters.

According to VICE News, NARAL Pro-Choice America has said that in order to win over voters who consider themselves “personally” pro-life, they will begin using the term “reproductive freedom” more consistently in their communications with the media.

Earlier this month, Live Action News reported that this change was likely on the way, as a leaked email to volunteers seemed to indicate a messaging shift in the organization. As Live Action News noted at that time, “This revised messaging was reinforced by an op-ed penned by NARAL President, Ilyse Hogue and published at CNN, where Hogue states in part, ‘When I’m asked whether abortion is more about politics or health care… I turn to this truth: We need to talk about reproductive rights and health care in a way that acknowledges the complexities and profound implications for the freedom all Americans cherish….'”

The update to their messaging strategy comes after research from consulting firm Avalanche Strategy determined that “72 percent of American voters support the right to the procedure.” (This statistic is not accurate, by the way.)

“[…] Avalanche’s researchers pinpointed a specific subset of those supporters whom they call the ‘freedom first’ segment, a group that is personally opposed to abortion, but believes in other people’s right to access it free from government intervention,” reported VICE News. “That group made up 29 percent of respondents.”

According to the Avalanche report, “freedom first” voters are personally pro-life but don’t agree with abortion laws when the industry describes them as “restrictions” or “attacks on personal freedom.” That specific wording matters because these Americans could vote either way and have no strong affiliation with the Republican or Democratic parties. By framing abortion restrictions as an attack on “reproductive freedom,” NARAL hopes to pull these moderate voters to the pro-abortion side.

The problem, of course, with those who consider themselves to be “personally pro-life” is that they contradict themselves. When a person knows that abortion kills a human being and says that it’s not okay for them but it’s okay for someone else, they really can’t have it both ways. Either abortion kills or it doesn’t. And science continuously proves that it does. Live Action president Lila Rose explains in the Pro-Life Replies video below:

Another problem is that, as Amy Hagstrom Miller, president and CEO of Whole Woman’s Health says, “No one has ever come into one of our clinics and said, ‘I’m coming in to exercise my civil right to an abortion.’ That doesn’t resonate with my patients, and most pro-choice language doesn’t.” (emphasis added)

The truth is that most post-abortive women – about 73 percent – say they were pressured into abortion. That isn’t “freedom,” it’s oppression. Disguising the oppression of abortion as an act of freedom is a move that shows the abortion industry is running scared. If abortion were good, it wouldn’t need to be named anything but what it is. The abortion industry wouldn’t need strategically planned wording in order to win voters.

When an industry has to change its game plan, it’s an indication that something isn’t going well in the marketing of that industry. As we edge closer to the 2020 election, it is becoming clear that in order to be pro-choice, Americans now must be pro-abortion through all nine months of pregnancy.