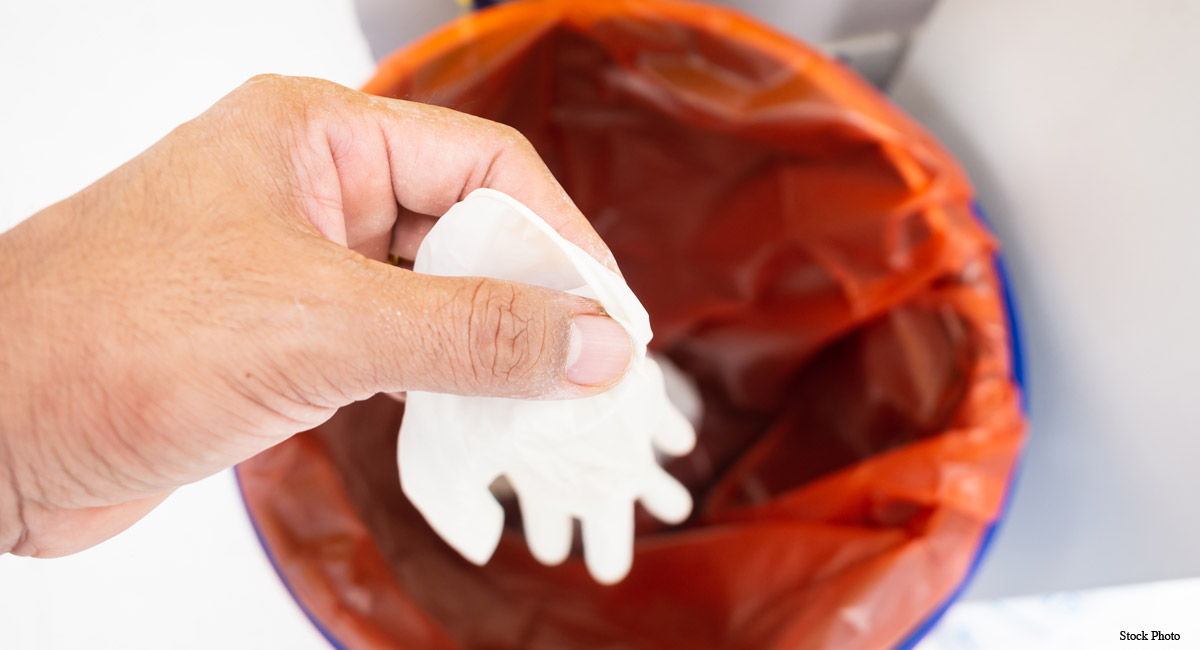 NARAL Pro-Choice America, the largest pro-abortion lobby group in the U.S., is reportedly advising volunteers to alter their messaging by instructing them to move away from the “Abortion is Health Care” talking point. The messaging reversal was contained in a leaked e-mail obtained by Splinter News’ Libby Watson who broke the story. “An email sent to NARAL Pro-Choice America field staff and volunteers… instructed them to refrain from using language like ‘abortion should be legal’ and ‘abortion is normal’ in their work and messaging for the organization,” Watson wrote. “The email appears to have initially been sent by the organization’s deputy field director, Travis Ballie, to the field department, before he forwarded it to NARAL’s “Volunteer Leaders….”

According to Splinter News, the e-mail (seen in the image below) states in part:

Our Comms Dept has done extensive poll and focus group testing of messaging to voters and the general public…. [T]he research is compelling enough that we have already been instructed to not use the following terms in any external communications:

– Do not say/write “Abortion should be/is safe and legal”

– Do not say/write “Abortion is healthcare”

– Do not say/write “Abortion is normal”

– Do not say/write “Abortion rights are human rights.”

1). SHOW UNDERSTANDING FOR WOMEN AND FAMILIES
Value: Empathy
Key message: We cannot make a woman’s decisions because we don’t know her heart.

2). CALL OUT RIGHT-WING POLITICIANS
Value: Freedom from Political Interference
Key message: Politicians are restricting women’s freedom by pushing through harsh regulations to serve their own agenda.

3). EMBOLDEN THE MAJORITY / REASSURE SOFT SUPPORTERS
Value: Safety in Affiliation
Key message: Most Americans believe that personal decisions about pregnancy should be made by a woman and the people she loves and trusts.

While Live Action News cannot verify that the e-mail originated from NARAL, Watson indicated NARAL has verified the email even while describing it as “a ‘mischaracterization’ of NARAL policy and ‘not entirely accurate.'” Splinter News quoted a NARAL spokesperson who admitted, “We’ve been conducting this research for a number of years, and this is the latest and greatest in terms of our findings.” 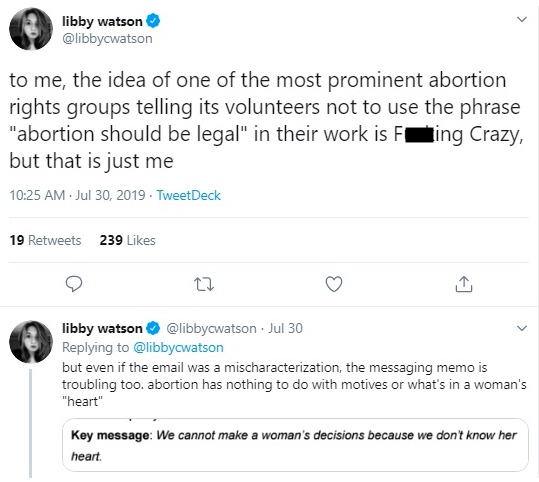 This revised messaging was reinforced by an op-ed penned by NARAL President, Ilyse Hogue and published at CNN, where Hogue states in part, “When I’m asked whether abortion is more about politics or health care… I turn to this truth: We need to talk about reproductive rights and health care in a way that acknowledges the complexities and profound implications for the freedom all Americans cherish….” 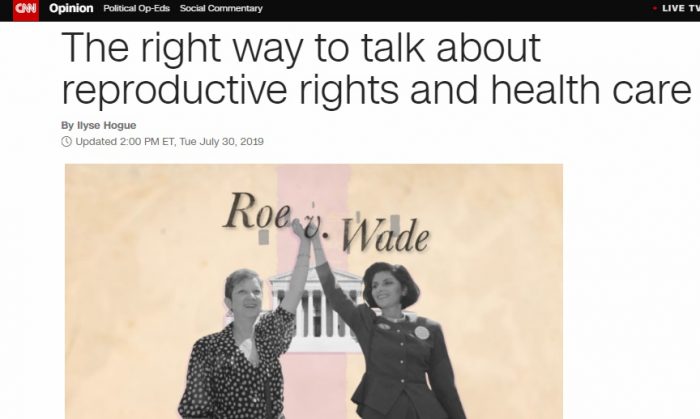 NARAL prez how to talk about abortion CNN

She then appears to focus on each NARAL “value.”

“For millions of American families, abortion is one of the most personal issues that will be addressed…No one knows another person’s situation, but we can all sympathize with the hard choices life throws our way…” 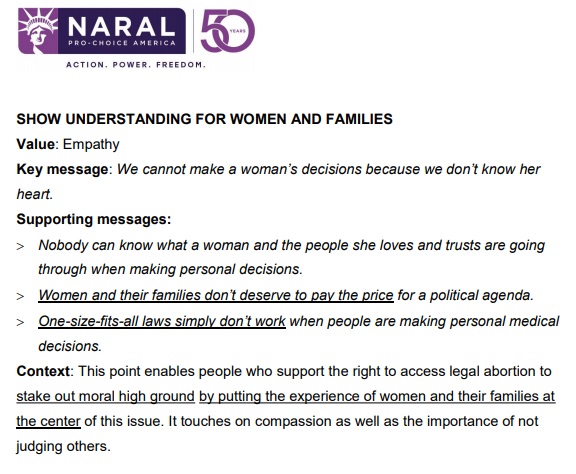 “Republican state legislatures have passed dangerous and restrictive anti-abortion laws…. This debate is about freedom — freedom for more than half of Americans to make the best decisions for themselves, their families, and their futures without political interference…. there’s no justification for politicians to curtail the personal freedoms of women and families by passing abortion bans.” 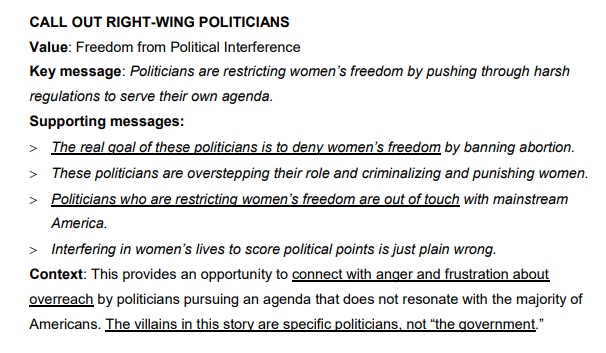 “[O]verwhelming majorities of Americans think it is not the place of politicians to make that choice for others…. securing the right to abortion requires political will and political power. But for women and families facing the decision to continue or end a pregnancy, their decisions are deeply personal ones that rarely include politics and almost always go beyond health care…. A powerful majority holds the commonsense perspective that these decisions belong to women and those they trust most….” 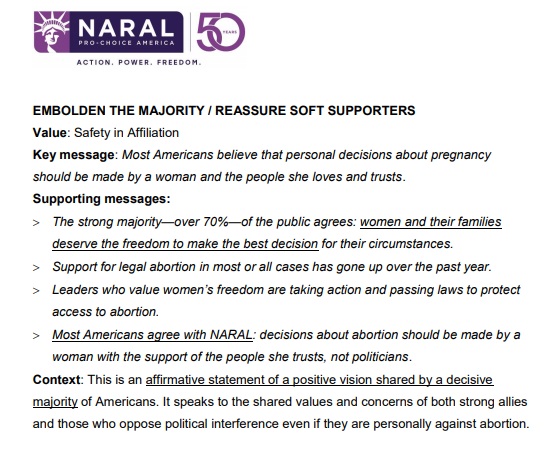 It can be difficult to decide upon the right fit for abortion propaganda. Only a few years ago, the term “pro-choice” fell out of vogue with Planned Parenthood leading the charge, only to later be replaced by the false “Abortion is Healthcare” mantra. 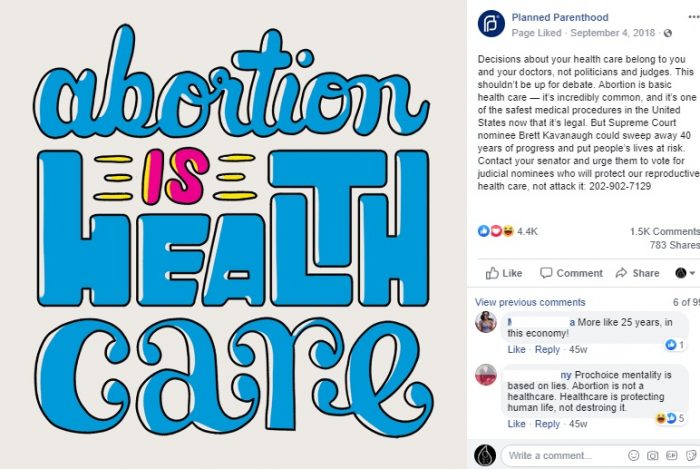 Hogue acknowledged joy over her recent pregnancy with twin babies but tragically expressed gratitude over the right to abort the life of their sibling, writing, “Five years ago, when I learned with excitement and joy that my husband and I were expecting twins, it made me even more grateful that my earlier decision to have an abortion was free from political interference.” 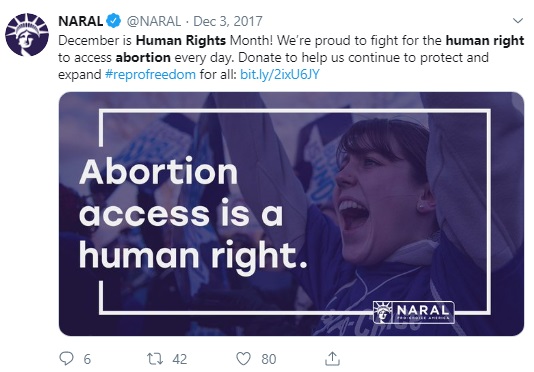 The bottom line is that no matter how often the talking points are “updated,” abortion advocates will never be able to mask the reality that it violently ends the life of a preborn child in the womb. No matter what euphemisms or catch phrases they use, that sad fact remains the same.

Author’s note: Live Action News reached out to NARAL for a statement but as of the writing of this piece has not received a response.