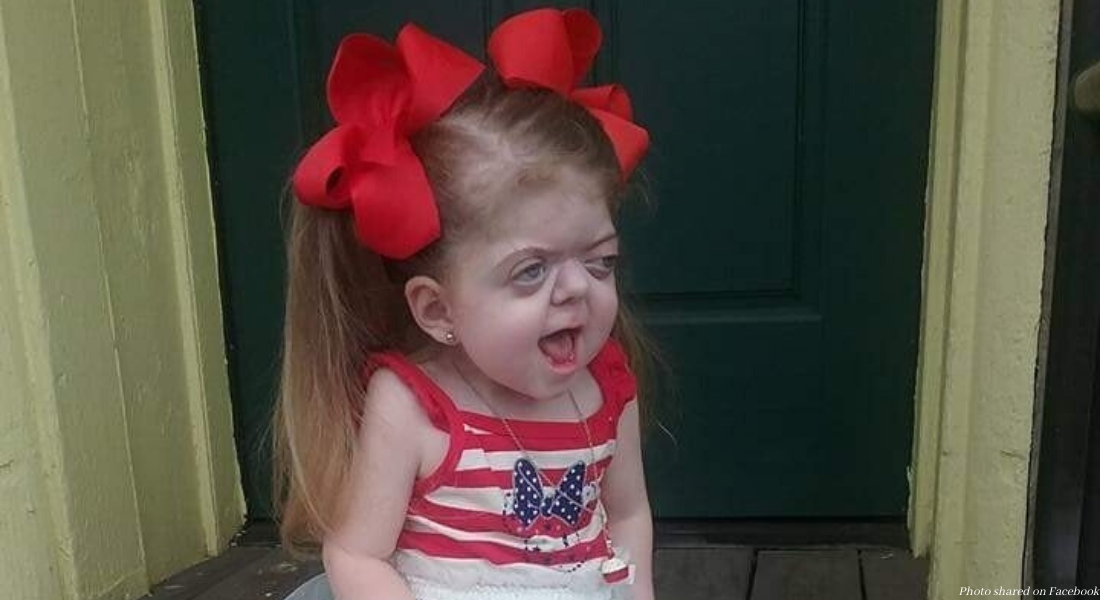 A doctor who specializes in craniofacial surgery was able to save the life of a little girl with a genetic disorder that was previously seen as fatal. Layla Shook has Apert syndrome, a congenital disorder that affects the skull, face, hands, and feet. But with the help of Dr. Larry Sargent, who pioneered a new groundbreaking procedure, Layla was given a second chance at life.

According to the Chattanooga Times Free Press, Layla’s parents originally realized something was wrong during their four-month ultrasound. “You could see her skull wasn’t a round shape,” Lisa Shook, Layla’s mother, said. “It was actually more like a clover.” While they knew their daughter would need surgery after she was born, it wasn’t until Layla was in the NICU and Dr. Sargent came to visit that they realized just how serious her condition was.

“She had a very unusual and rare deformity,” Sargent told the Chattanooga Times Free Press. “Left untreated, it results in death.” Because Layla’s condition was so severe, Sargent would need to come up with surgical techniques that had never been used before. And their success put Sargent on the front page of a peer-reviewed medical journal, as well as on the TV show “The Doctors.”

Sargent began by using Layla’s cranial scans and a 3D printer to make a to-scale model of her skull. With Apert’s syndrome, the bones in the skull fuse together too early, causing the brain to bulge out in three lobes — like a cloverleaf — and pressure builds as the baby grows. At just 24 days old, Layla went into her first surgery, during which Sargent created a new forehead and brow for her. He also created a way for Layla’s parents to continue gently stretching her skull, using tiny metal rods outside of her skull. The Shooks would use the rods to stretch her skull one millimeter each day. The surgery and stretching worked so well that Layla went from not speaking to speaking sentences.

After the surgery, Layla was nearly unrecognizable. “I loved Layla the way she looked before, for those 24 days I got to know her,” Shook said. “But I knew there was no way to keep her like that.” With the rods used to stretch Layla’s skull, she was able to avoid some additional surgeries. Now eight, Layla has undergone 58 surgeries, and there are still more to come. Yet Shook said she surprises everyone. “She’s so good and happy all the time,” she told News Channel 9. “You never know she’s in pain or anything. She’s a good baby.”

READ: Easton’s parents refused to abort him after mom’s water broke at 19 weeks… and look at him now

Originally unsure about airing their story for a national audience, the Shook family eventually realized how important it was for people to see how far they’ve come. “At first, we didn’t want anybody to be with us – to see the fear we had,” Shook said. “But now we want to share her and her story. We want parents who are in this kind of situation to see that they can hang in there. We love Layla the way she is. She is beautiful.”