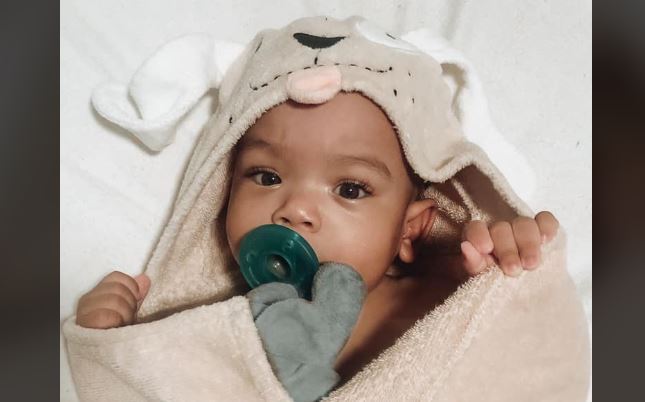 After her water broke at 19 weeks in February 2019, Tatyana Ramjohn and her husband Timothy Ramjohn were advised by doctors to abort their baby boy, Easton. But the couple, who had lost their first baby to miscarriage, refused and did everything in their power to help their son.

“Doctors told us to get an abortion because Easton wouldn’t survive without any fluid, or be crippled or have severe disabilities and added that my wife could die of infection,” Timothy wrote on Facebook. “My wife said she would rather die than kill her child and laid on her back in the hospital for 65 days to keep him alive and doctors kept insisting she abort during her bedrest in the hospital but my wife didn’t budge. To be honest we were terrified but couldn’t kill our child.”

Hey everyone, please join us in welcoming our little miracle, Easton River Ramjohn into the world. Today he was born premature at 27 weeks today at 11:34 AM weighing 2 lbs 8 oz. and 13 inches long. @tatyramjohn is finally getting rest and Easton is now being cared for by one of the best NICU teams and will be monitored closely in the NICU until he reaches his original due date of July 10th. We have a long road ahead but we are more than confident that God will see us all the way through. What a gift!!!!! Thank you everyone for your prayers and support we really felt it. #EastonRiverRamjohn #Psalm1-3blessing 🌊

Doctors gave Easton a 20% chance of survival, so for two months, Tatyana stayed on bedrest in the hospital so her son could have that fighting chance. She had a tear in her uterus and own health was in danger, but she put her son first. Easton was born three months early at 27 weeks gestation, weighing just two pounds and eight ounces. He had beaten the odds but had a long road ahead of him.

We’re going home!! No one can tell me that our God isn’t a miracle worker! When @tatyramjohn water broke in February at 19 weeks, per protocol, we were given a list of abortion clinics because at 19 weeks the chance of survival is 0% if she went into labor, in addition, an infection or hemorrhage can put her life at risk. Despite all the risks and advice, Taty decided to trust God and remain pregnant on bedrest without any fluid in the womb. All we had was faith. Well… 61 days later, with no fluid, the same doctor that handed us that abortion clinic list delivered Easton via C-section at 27 weeks. That was not a coincidence if you ask me because as soon as the doctor took Easton out and heard him crying,(I’ll never forget this moment)he held Easton up in the air, then smiled and looked at me in awe and said “Look daddy, look at your miracle boy!” and immediately handed Easton off to the greatest NICU team ever at @jdchospital(many of them not pictured). 123 restless days of around the clock care, prayers and love in the NICU we finally get to bring him home. We’re also extremely grateful for the doctors and nurses at Memorial Regional Hospital who cared for my wife and Easton in utero and for so those of you that has supported us. Words cannot express our gratitude. This journey is far from over, but we’re glad to be home and grateful to have so many of you walking with us along the way. Thank you Jesus for this miracle and thank you Taty for your sacrifice. And lastly, to our unborn child in heaven, you’re always in our hearts and today as a family, we all celebrate as your little brother comes home!❤️🙌🏾🏠 #welcomehomeEaston

It wasn’t until two weeks after his birth that Tatyana was finally able to hold Easton for the first time. Easton stayed in the Neonatal Intensive Care Unit for four months, overcoming obstacles including two brain bleeds, and proving the doctors wrong.

“We have unspeakable joy for this miracle because today he is now one month old and doing very well given the circumstances. It really hits us hard when he is crying or in pain we are not able to comfort him due to necessary restrictions,” said Timothy a month after Easton’s birth. “There is no philosophical or theological comprehension that can adequately describe the heartbreak radiating from our soul when we have to stand by helplessly and watch our son cry for us through a piece of glass for over a month now. It takes its toll, especially for a new mother. We’d give anything to be able to comfort him and tell him everything will be ok but until we can, we know the Holy Spirit will.”

The joy, the peace, and the love we feel today wouldn’t have been possible without the prayers and support from so many of you. We couldn’t have done it alone and we didn’t, so many of you helped us and we’re eternally grateful. But most of all, Thank you Jesus! From our hearts to yours, Merry Christmas everyone!🎄

Easton’s original due date of July 10, 2019, came and went, and he was still in the NICU. But on August 15, 2019, Easton underwent surgery to place a gastrostomy feeding tube. That was his last step to graduating the NICU and finally going home on August 16. Now 15 months old, Easton continues to thrive and his parents are grateful to the medical team that worked so hard to care for him in the most fragile months of his life.

Abortion is the intentional killing of a preborn child and is never the answer to a medical problem. Easton’s life — and joyous smile — are proof that life is always worth fighting for.