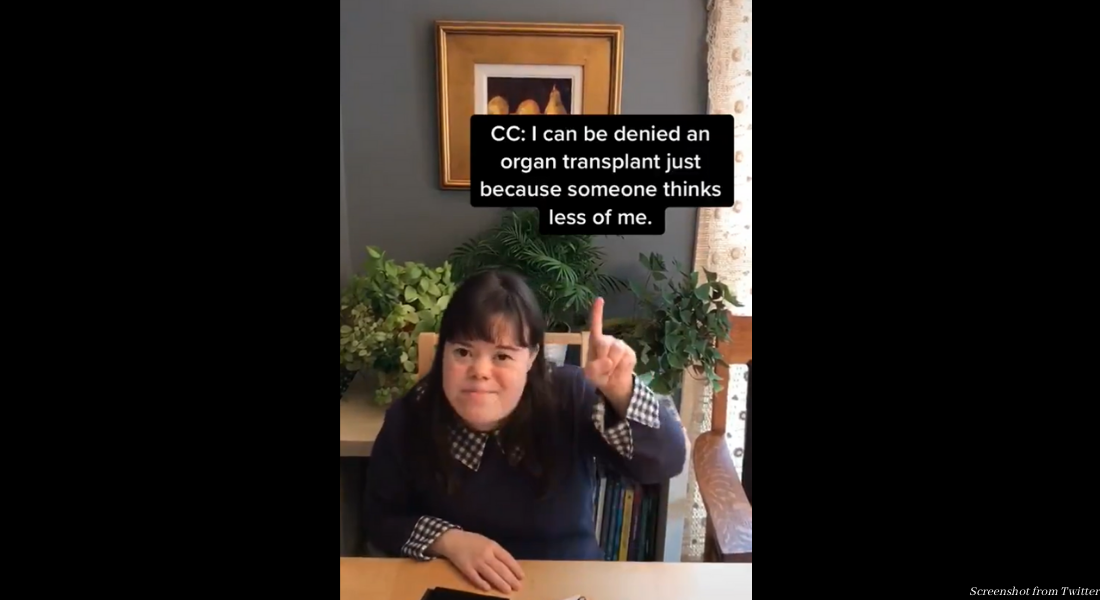 A video from the National Down Syndrome Society (NDSS) has racked up over four million views on TikTok and Twitter for pointing out common (and legal) discrimination faced by people with Down syndrome on a daily basis. In the video, a young woman with Down syndrome rattles off a list of disturbing facts.

“Things about Down syndrome that don’t make sense,” the woman begins. “Being paid sub-minimum wage. I can’t get married, or I’ll lose my health care and supports. I can be denied an organ transplant just because someone thinks less of me. Tragedies like the death of Ethan Saylor, who died because most law enforcement officers aren’t trained to work with people with Down syndrome or other disabilities.”

this is super informative pic.twitter.com/4kFVxLKpmK

It is indeed legal for people with Down syndrome or other intellectual disabilities to be paid less than the minimum wage, which can lead to exploitation. While a small handful of cities and states have passed laws banning this kind of discrimination, it’s by and large ignored outside of the disability community.

Discrimination in organ transplantation is also a serious problem; only a handful of states have passed laws against it. A 2008 study from the Autistic Self Advocacy Network found that 85% of pediatric transplant centers take neurodevelopmental status into consideration for approving or denying transplants, even though people with disabilities have success rates for transplants on par with the general public.

Standing up for their own rights

People with Down syndrome have been speaking out more and more to advocate for their rights, and to dispel stereotypes. A video released on World Down Syndrome Day in 2017 featured people with Down syndrome arguing against the notion of special needs. They instead argued that what they need is the same as what everyone needs: breathing, food and water, sleep, love, education.

Another video from the National Down Syndrome Society, titled “No Limitations,” features a doctor listing things that people with Down syndrome supposedly “can’t” do, followed by persons with Down syndrome dispelling these myths by noting their successes and achievements, saying, “Your limitations. Not mine!”

People with Down syndrome face discrimination, beginning in the womb and lasting through their entire lives. Yet they lead valuable, fulfilling lives, and are capable human beings.

Editor’s Note: Read more here about what happens financially and health benefit-wise when persons with disabilities choose to get married.