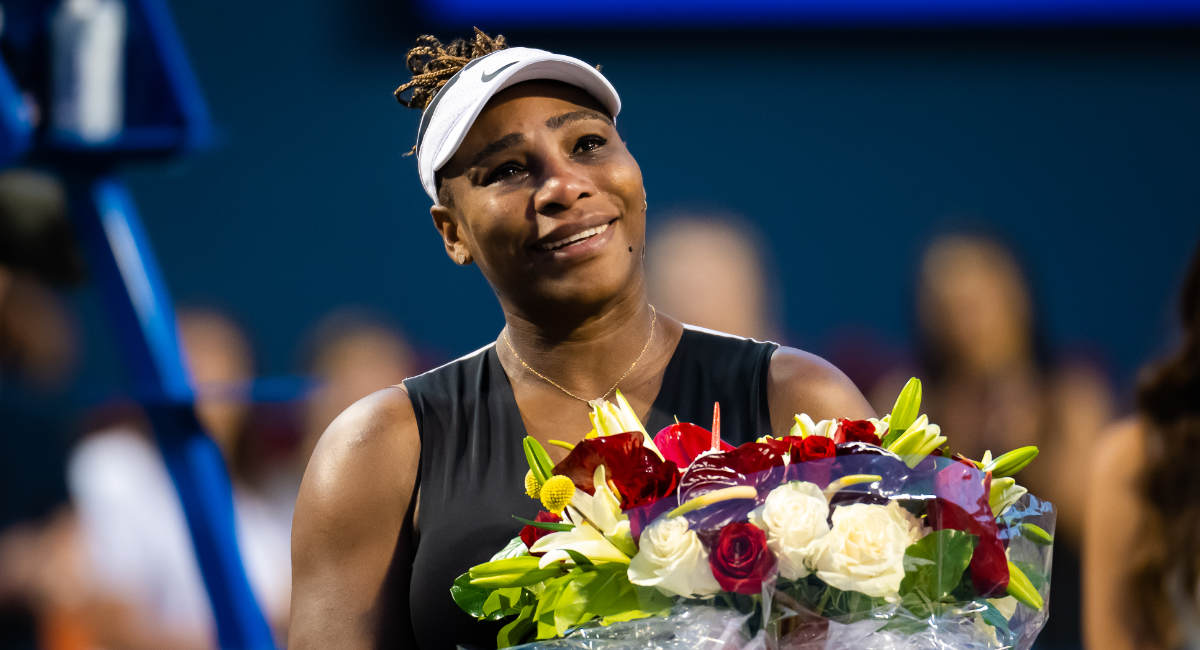 Serena Williams, one of the biggest tennis superstars of all time, has announced her retirement from competitive sports. Williams, who stunned the world by winning a major tennis tournament while pregnant, said this is partly due to her plan to grow her family.

In an article for Vogue, Williams began by writing about a recent interaction she had with her five-year-old daughter, Olympia. “What do you want to be when you grow up?” Williams recalled, as Olympia played on a phone. “She doesn’t know I’m listening, but I can hear the answer she whispers into the phone. She says, ‘I want to be a big sister.’ Olympia says this a lot, even when she knows I’m listening. Sometimes before bed, she prays to Jehovah to bring her a baby sister.”

As the youngest of five sisters, who Williams said are her heroes, this was a serious sign for her that something needed to change, even though she said she didn’t want to have to choose between tennis and a bigger family. “I don’t think it’s fair,” she said. “If I were a guy, I wouldn’t be writing this because I’d be out there playing and winning while my wife was doing the physical labor of expanding our family. Maybe I’d be more of a Tom Brady if I had that opportunity.”

READ: Female athletes say they faced pressure to abort: ‘It seemed like no choice at all’

Many female athletes have struggled with balancing their careers and motherhood, particularly due to misogyny in the athletic world. Allyson Felix, for example, is a nine-time Olympic medal winner and the most decorated female Track and Field Olympian of all time — yet her sponsorship company, Nike, was not supportive when she became a mother, and tried to force her to take a 70% pay cut when she was pregnant.

Runner Phoebe Wright had similar experiences, and was also discriminated against for being pregnant. “Getting pregnant is the kiss of death for a female athlete,” Wright, who had also been sponsored by Nike, said. “There’s no way I’d tell Nike if I were pregnant.”

Olympian Kara Goucher lost her health insurance when she couldn’t compete at the top of her game due to pregnancy, and refused to pay her unless she was running 120 hours each week — meaning she would not be able to breastfeed her son. When her son became seriously ill and was in the hospital, Goucher was still made to leave the hospital to compete. “I’ll never forgive myself for that,” she said.

Williams’ difficulty balancing her athletic career and motherhood is a valid concern, though so far, she seems to have done a spectacular job of it. “I almost did do the impossible: A lot of people don’t realize that I was two months pregnant when I won the Australian Open in 2017,” she said. “But I’m turning 41 this month, and something’s got to give.”

Still, rather than use the word “retire,” Williams said she prefers words like “transition” and “evolve,” to show that she isn’t quitting so much as changing her priorities. “I’m here to tell you that I’m evolving away from tennis, toward other things that are important to me,” she said. “A few years ago I quietly started Serena Ventures, a venture capital firm. Soon after that, I started a family. I want to grow that family.”

That doesn’t mean it was an easy decision for Williams; she still loves tennis, and the choice to walk away from it is painful. And she could continue to break records as a mother the way she already has, and could break even more if she kept going. “I went from a C-section to a second pulmonary embolism to a grand slam final. I played while breastfeeding. I played through postpartum depression,” she said, adding, “I didn’t show up the way I should have or could have. But I showed up 23 times, and that’s fine. Actually it’s extraordinary. But these days, if I have to choose between building my tennis résumé and building my family, I choose the latter.”