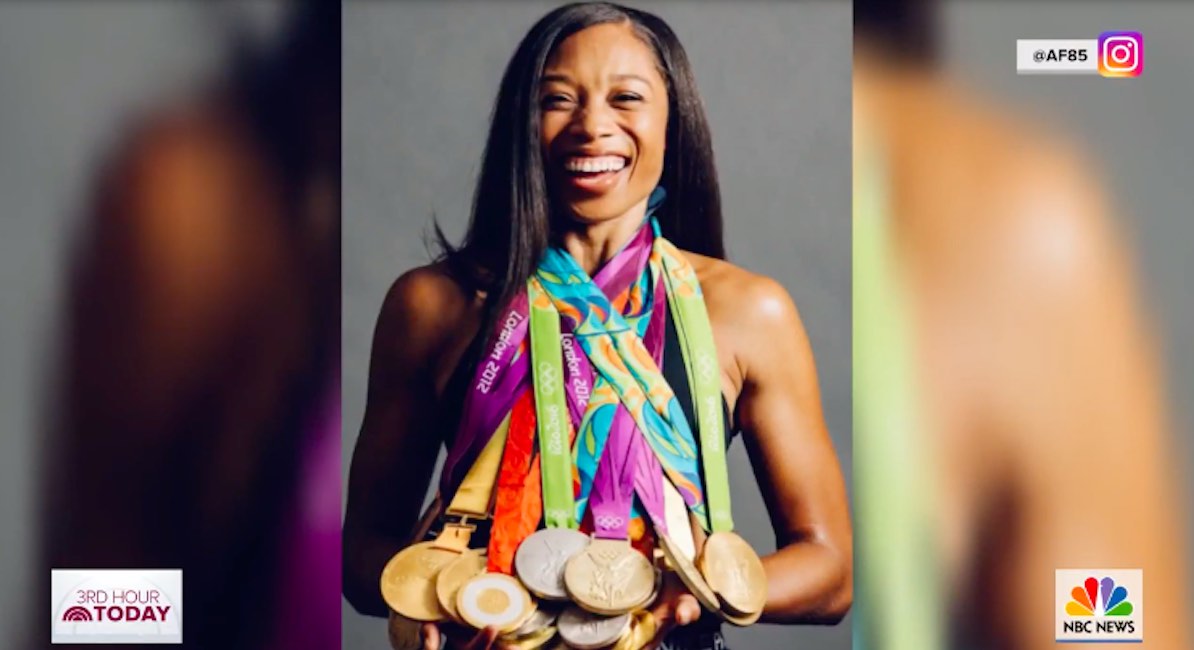 As a nine-time Olympic medal winner and the most decorated female Track and Field Olympian of all time, Allyson Felix had a top-tier sponsorship deal with Nike. But in 2018 Felix came close to taking a 70% pay cut — all for her decision to have a child.

“Having a child felt like I’d be risking my career and disappointing everyone who expected me to always put running first,” Felix wrote in an ESPN piece last December in which she opened up about her decision to become a mother. In fact, the Olympian initially tried to hide her pregnancy from everyone in her life. But over time, it became clear she didn’t want to do that. “Why was I trying to do all this without anyone noticing I was gone? I was so excited to be pregnant. I’ve always wanted to be a mother. I feel so incredibly blessed. This shouldn’t be a secret.”

After facing severe preeclampsia which led to an early delivery by c-section at 32 weeks, Felix decided to share her experiences through the media. “I hoped my experiences could help other women who were worried — like I’d been for so many years — of what starting a family would mean to their careers. To let them know that I too have those anxious feelings about sharing the news with my employer, and the repercussions I could possibly face.”

When Felix’s contract came up for negotiation in December 2017, she asked Nike to guarantee that she wouldn’t be punished if she became pregnant. Nike refused. That’s when Felix penned an opinion piece in the New York Times. “I’ve been one of Nike’s most widely marketed athletes,” read her byline. “If I can’t secure maternity protections, who can?”

In August of that year, thanks to her effort and the effort of other athletes who raised their voices before her, Nike sent out an email announcing its new policy, which Felix shared on her Instagram. “If ATHLETE becomes pregnant, NIKE may not apply any performance-related reductions (if any) for a consecutive period of 18 months, beginning eight months prior to ATHLETE’S due date. During such period NIKE may not apply any right of termination (if any) as a result of ATHLETE not competing due to pregnancy.”

Our voices have power. NIKE has joined in officially and contractually providing maternal protection to the female athletes they sponsor. This means that female athletes will no longer be financially penalized for having a child. I’m grateful to John Slusher and Mark Parker for their leadership and their desire to guide NIKE as a company who believes that we are all more than athletes. And THANK YOU to the brands who have already made this commitment. Who is next?

“Our voices have power,” she wrote in the post. “NIKE has joined in officially and contractually providing maternal protection to the female athletes they sponsor. This means that female athletes will no longer be financially penalized for having a child.” Nike also said that this approach was standardized across all sports.

With this major achievement behind her, Felix ultimately decided to move on, and she recently signed a contract with Athleta. But her victory over discrimination remains a significant milestone for other women athletes who choose motherhood. As she said in an interview with Shape, “[I]t’s about the power of the collective and empowering women to speak up and speak their truth as they do amazing things in all different fields.”