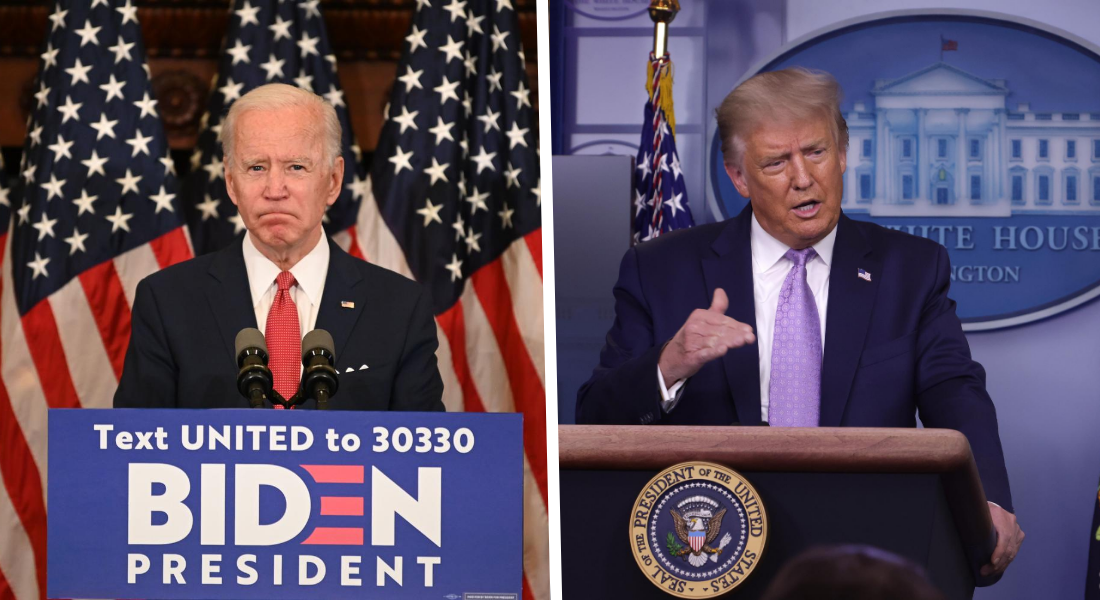 Earlier this week, President Donald Trump traveled to Ohio, where he stated that his likely opponent, presumed Democratic presidential nominee Joe Biden, is “following the radical left agenda, take away your guns, destroy your 2nd Amendment, no religion, no anything, hurt the Bible, hurt God. He’s against God. He’s against guns. He’s against energy, our kind of energy….”

While Biden has publicly supported pro-abortion policies, he responded to Trump’s statements by pointing to his personal Catholic faith. In an email to media outlets like the Washington Post and the Hill, Biden called Catholicism “the bedrock foundation of my life,” adding that his faith helped him through difficult times, such as the losses of his wife and daughter in a car accident, and of his son to cancer. Faith, he said, “provided me comfort in moments of loss and tragedy” and “kept me grounded and humbled in times of triumph and joy.”

READ: Joe Biden says if elected, he will force religious organizations to pay for birth control

“Joe Biden’s faith is at the core of who he is; he’s lived it with dignity his entire life…” Biden campaign spokesman Andrew Bates told the Washington Post.

Biden’s “Agenda for Women,” recently released by his campaign, puts forth multiple policies in support of abortion. Yet, the Catechism of the Catholic Church states, “Since the first century the Church has affirmed the moral evil of every procured abortion. This teaching has not changed and remains unchangeable. Direct abortion, that is to say, abortion willed either as an end or a means, is gravely contrary to the moral law.”

Since running for president, Biden has promised to repeal the Hyde Amendment, has called abortion “essential health care,” and has been endorsed by both Planned Parenthood and NARAL Pro-Choice America, the latter of which has given him a 100% rating on his legislative support for pro-abortion policies. Biden has also vowed to force religious organizations – including Catholic organizations – to pay for birth control if he is elected.