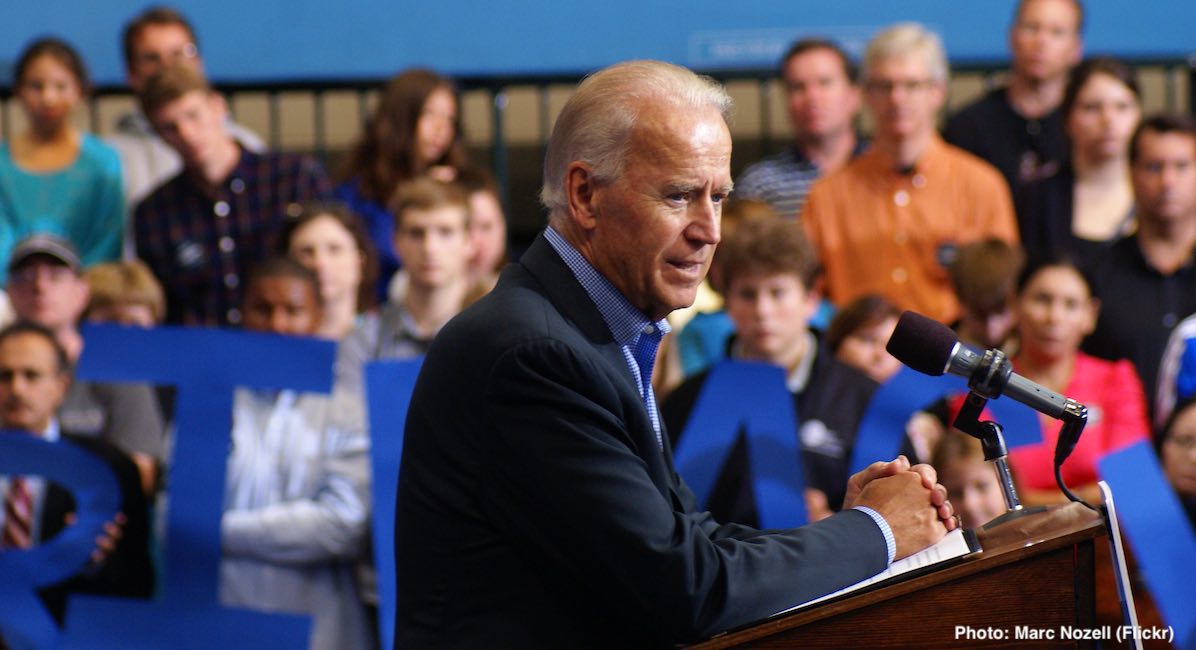 Democrat Joe Biden recently unveiled his healthcare plan for his 2020 election campaign. The former Vice President, who once presented himself as a moderate on abortion, has now emerged as one of the most radically pro-abortion candidates running for the 2020 Democrat nomination.

Biden, who once described himself as a Catholic “personally opposed” to abortion, wants to push abortion on the American people from almost every front, starting withcodifying it into law.  According to Biden’s official campaign site, the Democratic candidate for president intends to push for the codification of “the constitutional right to abortion” into federal law, removing it from the purview of the Supreme Court. Abortion activists have been pushing for federal abortion legislation as a way to keep abortion legal in the event that a pro-life Supreme Court reverses course.

.@joebiden just learned that in today’s Democratic Party, it’s not nearly enough to say abortion should be safe, rare & legal.

The new standard is *taxpayer-funded* abortion on demand, at any stage of pregnancy, for any reason.

So he abandoned his long-held views. Again. https://t.co/Q56IM4ep14

Also present in Biden’s plan was his newfound opposition to the Hyde Amendment, an issue on which he flip-flopped early last month after decades of support for the amendment. Repeating his words from two months earlier, he calls this a priority “because health care is a right that should not be dependent on one’s zip code or income.” Even though Biden shies away from the “Medicare for all” option offered by some of  the other Democratic candidates like Bernie Sanders, calling them “radical” in an attempt to look moderate, Biden’s option includes a Medicare-style “public option” that would explicitly fund abortion with taxpayer money.

The effective assault on pro-life policies would not end on the federal level. His new healthcare plan indicates he would direct the Justice Department to “do everything in its power” to overturn pro-life state laws protecting women, minors, and preborn babies, including “TRAP laws, parental notification requirements, mandatory waiting periods, and ultrasound requirements.” Included in the cross-hairs are protections for minors seeking abortions, including parental consent laws which have been shown to reduce the overall abortion rate. Additionally, the Trump administration’s Title X rule would be overturned, restoring $60 million annually to Planned Parenthood, and the Mexico City Policy, which prevent federal funds from being used for abortions abroad, would be done away with as well.

READ: Joe Biden dumps any illusion of being a ‘moderate’ on abortion, fawns over Planned Parenthood

Health policy experts have posited Biden’s plan would be more politically feasible than Sanders’s plan. However, the overall cost of the plan, sometimes called Obamacare 2.0 or “Obamacare on steroids,” is a concern to most who might otherwise support the plan. Biden appears to bank on the fact that voters would be more comfortable expanding current health care coverage rather than scrapping and replacing the whole system.

Biden’s health care plan would decimate existing pro-life protections. It would make abortion less safe by removing regulatory laws that require certain safety protocols at abortion facilities, and it would increase the availability of abortions both at home and abroad, making unsafe abortions more frequent. Biden, once a moderate, has kowtowed to the Democratic party platform’s radical support for taxpayer-funded abortions, on demand, at any stage, and for any reason.