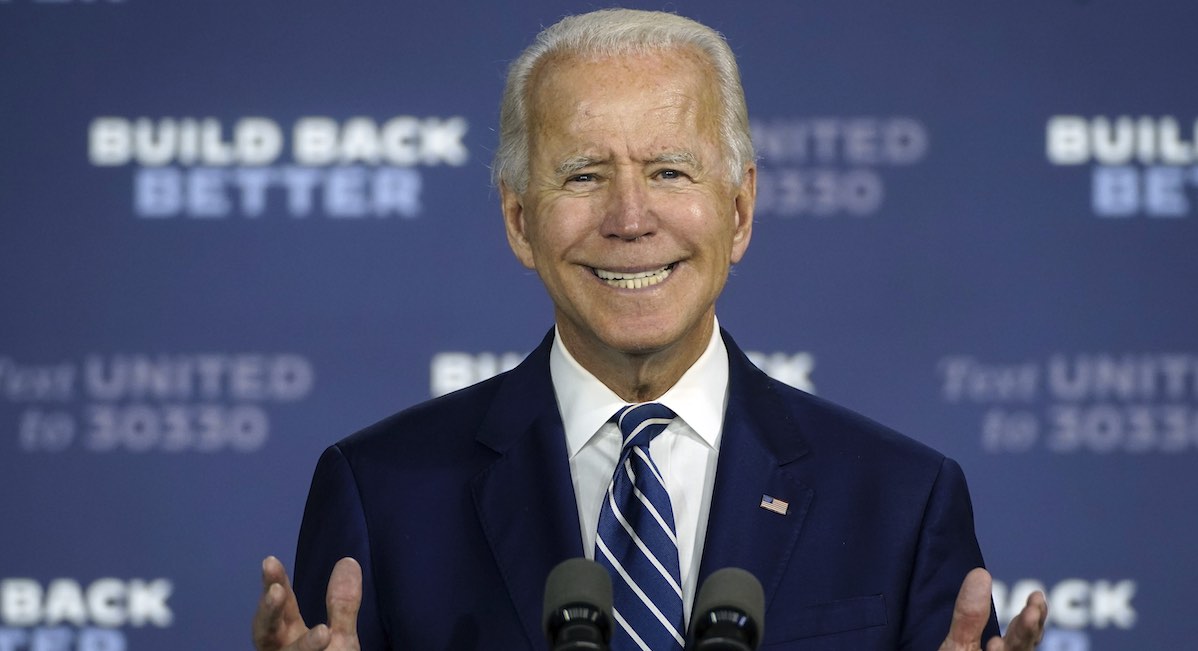 Former Vice President and presumptive Democratic Presidential Nominee Joe Biden has released his “Agenda for Women.” One of his priorities is ensuring that abortion businesses stay open by blocking restrictions on abortion and providing government funding to the industry both domestically and internationally.

“Vice President Biden supports repealing the Hyde Amendment because health care is a right that should not be dependent on one’s zip code or income.”

Up until last year, Biden supported the Hyde Amendment, which prevents federal taxpayer funding of elective abortions through Medicaid and other government programs. The Hyde Amendment, which is supported by a significant majority of Americans, is a pro-life rider that has been added to a Department of Health and Human Services appropriations bill every year since 1976. It saves about 60,000 children from abortion annually. Government funding of abortion is government-sanctioned killing that would make abortion free only for disadvantaged women.

Whether or not a woman undergoes an abortion should not be determined by her income and a child’s life should not be devalued and targeted for abortion based on the financial status of his parents. Abortion is not health care; the deliberate killing of a preborn child is never medically necessary.

“Biden will work to codify Roe v. Wade, and his Justice Department will do everything in its power to stop the rash of state laws that so blatantly violate Roe v. Wade.”

Thanks to the 1973 sister Supreme Court rulings of Roe v. Wade and Doe v. Bolton, abortion is legal in the United States with essentially no restrictions. However, states are allowed to pass laws on abortion after the age of viability, which currently stands at 24 weeks even though babies born at 21 weeks can and do survive with proper medical care.

To codify Roe v. Wade would mean that legal abortion would no longer be a decision of the courts or state legislators, but would be a federal right, allowing abortion to remain legal even if Roe v. Wade were to be eventually overturned. States would no longer have any power over abortion laws within their borders.

“As President, Biden will reissue guidance specifying that states cannot refuse Medicaid funding for Planned Parenthood and other providers and reverse the Trump Administration’s rule preventing these organizations from obtaining Title X funds.”

Title X provides federal funding to family planning clinics. The Trump administration made changes to the Title X funding program that ensured abortion businesses kept abortion separate from birth control/family planning services. Planned Parenthood, rather than follow this rule, opted to withdraw from Title X funding and forfeit the $60 million it received annually from this provision. The abortion corporation could have kept those federal funds if it had complied with the rule.

Biden said he would also force states to give Medicaid funding to Planned Parenthood and other abortion businesses, whether the state legislators or citizens wanted to or not.

“Just as the Obama-Biden Administration did, rescind the Mexico City Policy (also referred to as the global gag rule) that President Trump reinstated and expanded.”

The Mexico City Policy bans the federal funding of any international organization that either commits or promotes abortion. It was first implemented by President Ronald Reagan in 1984 and was rescinded by President Bill Clinton in 1993. In 2001, President George W. Bush reinstated the policy by executive order but it was then rescinded by President Barack Obama in 2009. President Trump reinstated the policy and in 2019, the Trump administration expanded it to prevent the funding of any foreign non-governmental organization that in turn funds foreign groups participating in abortion.

“Biden will restore the Obama-Biden policy that existed before the Hobby Lobby ruling: providing an exemption for houses of worship and an accommodation for nonprofit organizations with religious missions. The accommodation will allow women at these organizations to access contraceptive coverage, not through their employer-provided plan, but instead through their insurance company or a third-party administrator.”

The Supreme Court ruled in July that the Trump administration had the authority to exempt the Little Sisters of the Poor and other religious organizations from the contraceptive mandate of the Affordable Care Act. Biden almost immediately announced that he would restore the contraception mandate so that contraceptives would be provided to women “through their insurance company or a third-party administrator.”

However, the Little Sisters of the Poor have stated that using a third-party administrator would still put them in violation of their religious belief that contraception use is immoral. There are several types of hormonal contraception that can act as abortifacients, causing the death of newly-conceived preborn human beings.