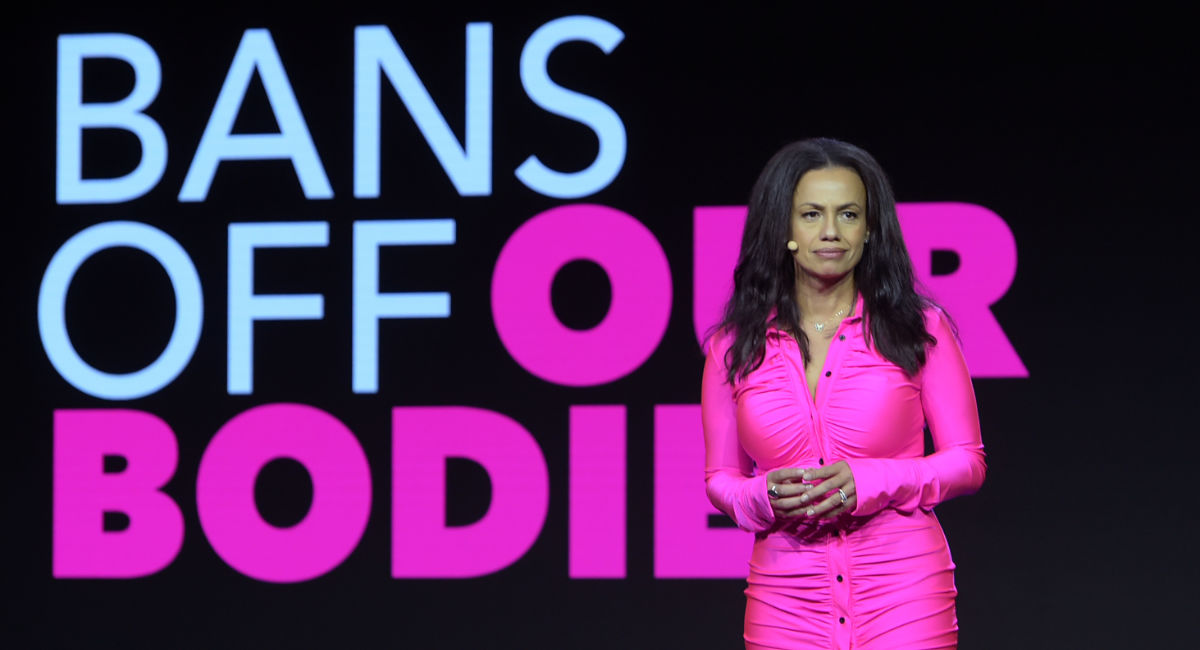 While Planned Parenthood presents itself as a health care provider, doctors who have attempted to lead the organization to shift away from an emphasis on abortion toward offering actual, comprehensive health care have met with untimely ends to their Planned Parenthood careers. Though the corporation has for years claimed that abortion comprises only 3-4% of its total annual services, the means for arriving at such a claim appeared dubious even to the Washington Post, which once fact checked the claim, calling it “misleading.”

In reality, Planned Parenthood needs abortions to continue at its facilities in order to remain open.

Since 2000, Planned Parenthood alone has reported having committed 6.4 million abortions — and during that same time, American taxpayers were forced to send over $9.3 billion to the abortion corporation. And though Planned Parenthood has lost nearly a million donors in recent years, it still managed to raise over $7.2 billion in private contributions since 2000.

Since 2000, nearly 23 million abortions were committed overall nationally; during that same time, Planned Parenthood’s share of those abortions rose to nearly 6.4 million — comprising nearly a fourth of the nation’s total abortions.

In addition, Planned Parenthood abortions have skyrocketed over 197% from the 129,000 the organization recorded in 1991 to a whopping 383,460 abortions recorded in its 2020-2021 annual report — the highest number of abortions ever committed by the corporation in one year. 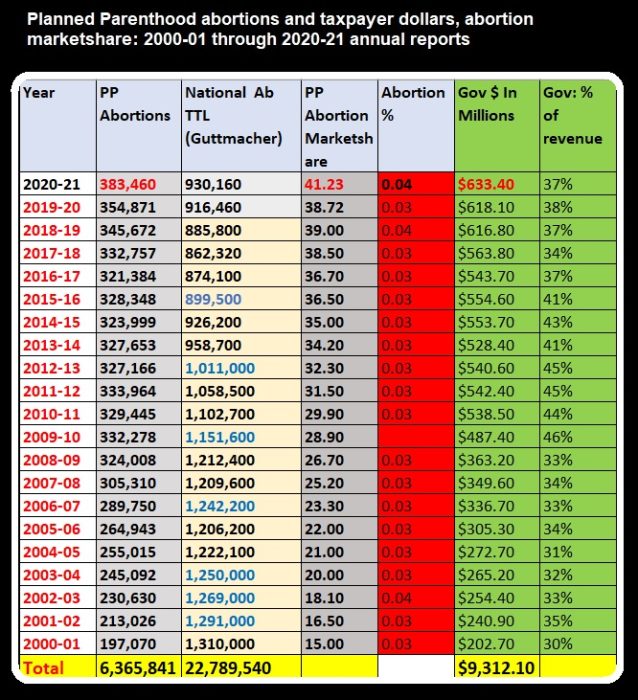 Since 2000, Planned Parenthood has received over $9.3 billion from the American taxpayer — yet while government funding to the organization has increased year after year, actual health services, clients, and facilities have been on the decrease.

And as Live Action News previously documented, Planned Parenthood’s most recent report reveals that the organization pocketed nearly $134 million ($133.7) in excess revenue while its net assets have risen to over $2.5 billion.

While Planned Parenthood continues to receive increased government dollars, a new report has found that 36% of all U.S. counties are “maternity care deserts.” 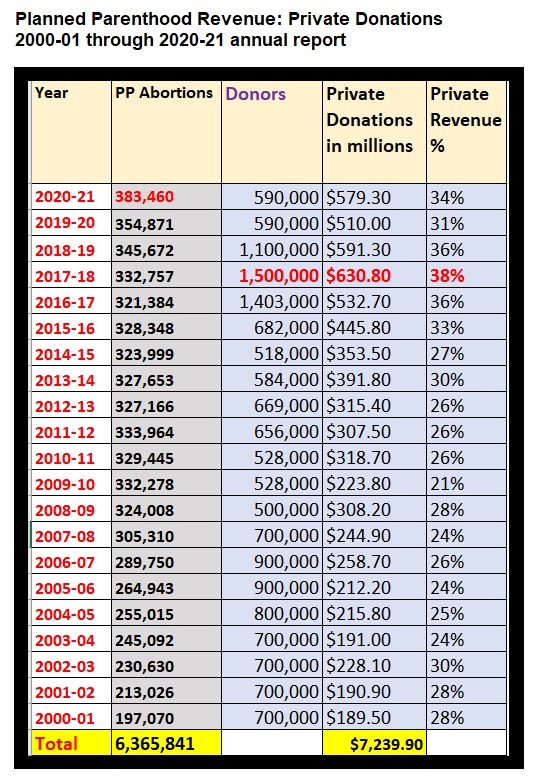 The abortion organization rarely publishes the names of its donors, but in the few occasions where it did, it revealed that the abortion corporation was being undergirded by a handful of pro-abortion philanthropists.

According to Capital Research, the Buffett Foundation “paid about $675 million to the Planned Parenthood Federation of America and its international and state-level affiliates from 2000 to 2018.”

A report published by the Media Research Center says that Open Society founder George Soros has “dumped at least $21.2 million into Planned Parenthood’s national and regional branches, not counting an additional $1.5 million he gave in 2015 to cover up Planned Parenthood’s fetal tissue sale scandal.”

Planned Parenthood has an egregious record of abuses, scandals, fraud, racism, pregnancy discrimination, privacy breaches, and Medicaid fraud. The corporation has been shown to disseminate unscientific, fabricated and misleading medical information to women considering abortions, while former staffers have revealed how Planned Parenthood misinforms women about the development of their preborn babies, how they have a poor standard of care for clients (with former managers accusing them of “treating women like cattle”), and how they utilize ultrasound only for abortions and not for informed consent.