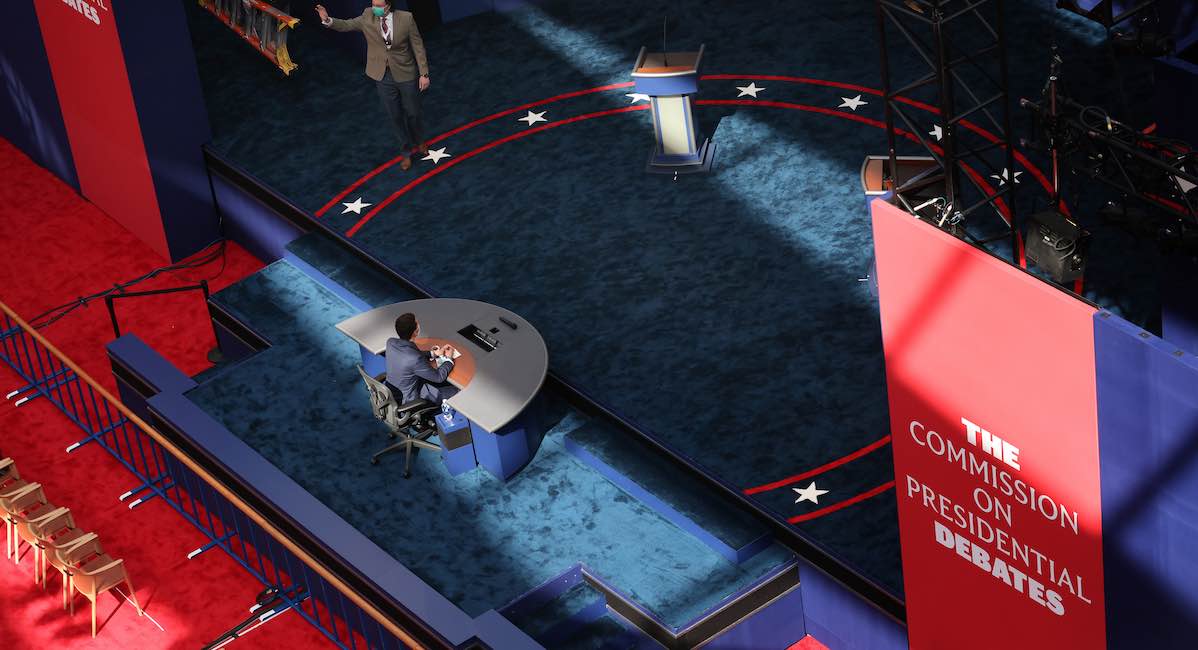 Just ahead of the upcoming presidential debates, Planned Parenthood is leading a coalition of groups demanding that debate moderators fact-check the candidates’ statements on abortion during the debates.

The coalition expressed disappointment that moderator Chris Wallace did not meet the abortion industry’s approval in a 2016 debate because he “used the medically inaccurate and stigmatizing rhetoric of the anti-abortion movement” when asking questions on the topic of abortion.

Planned Parenthood’s concern about misinformation rings hollow when the abortion corporation still refuses to address its own lies.

The letter continued by complaining — yet again — that political debates aren’t mentioning abortion enough. “We are asking you two important things: One, moderators question the candidates about access ‘to sexual and reproductive health care, including birth control and abortion,” the letter read. “Two, we demand that the questions be based on medically accurate information and that moderators be prepared to fact-check in real-time when candidates mislead or spread inaccurate, stigmatizing rhetoric.”

Americans do deserve to know where their candidates stand on abortion. However, Planned Parenthood has little room to complain about inaccurate, misleading rhetoric when the corporation has misled the public numerous times and has been repeatedly called out for it by major media outlets.

Planned Parenthood also frequently lies about its own services. It has for years downplayed the number of abortions it commits and how important it is to their bottom line by claiming that abortion is only “3 percent” (now 4%, according to updated figures) of its services. The Washington Post also debunked this claim, giving it three Pinocchios and calling it “misleading.”

The coalition also complained that language regarding the first debate theme — race and violence in American cities — plays into “racist stereotypes.” The letter stated, “It’s this sort of rhetoric that brings about more violence at the hands of militiamen and white supremacists claiming to be fighting for the protection of private property. The perpetuation of this language and misinformation puts our bodies in danger and dehumanizes people of color.”

But as usual, Planned Parenthood completely ignores its own racist history as well as racism occurring within the organization today, as reported by current and former employees.

Planned Parenthood is slowly acknowledging its racist, eugenicist roots from founder Margaret Sanger, but it is pretending the racism endemic in its own organization isn’t there. Meanwhile, hundreds of former employees have accused the organization of white supremacy and of systemic racism that they claim has harmed Black and minority women who visited Planned Parenthood facilities. In the past, Planned Parenthood’s eugenic philosophy has led to the involuntary sterilization of many women and even some men. Black women being sterilized. The organization was also caught on undercover recordings accepting racially-biased donations, and some sources complain that the corporation places most of its facilities in minority neighborhoods.

It’s hard, given Planned Parenthood’s own issues with racism, to believe that this sudden concern is anything other than posturing.

If anyone needs to be publicly fact-checked for inaccurate and misleading rhetoric in front of a global audience, it’s Planned Parenthood.