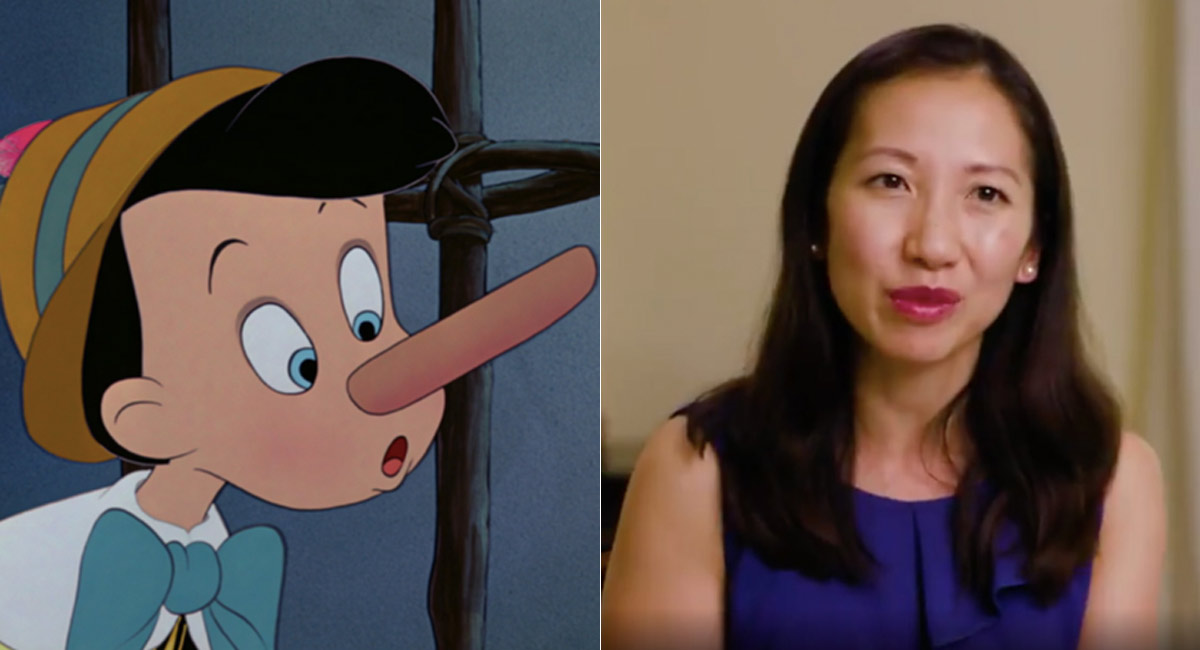 The abortion industry is increasingly concerned about the possibility of Roe v. Wade being overturned, and that has led them to, once again, resort to lies in a desperate attempt to make sure abortion remains legal. Planned Parenthood president Leana Wen has been leading this fight in a cross-country tour, but the Washington Post just rained on her parade. WashPo’s Glenn Kessler fact-checked Wen’s claim that “thousands” of women died from illegal abortions before Roe v. Wade… and assigned it four Pinocchios.

The Washington Post noted that 17 states had already legalized abortion prior to Roe, and criticized Planned Parenthood for providing no citations in their statements claiming thousands of women died from illegal abortions. And while ACOG supplied the Post with an estimated number of abortions committed, they did not have data on the number of fatalities from illegal abortions.

One study — referenced by NARAL — was from Frederick Taussig, a pro-abortion OB/GYN who claimed as many as 10,000 women died each year. “But it was not a very rigorous calculation, based on a mix of theory and data from the United States and Germany,” the Post pointed out:

Just 13 states recorded such data in 1927 and 15 in 1928. That added up to 912 deaths from abortion a year. Because the states represented 26 percent of the birth registration of the United States, Taussig multiplied it to come up with 3,508 a year. He then rounded it up to 4,000 to account for oversampling of rural areas. Then he assumed half of the deaths were concealed, so he doubled it to 8,000 and concluded it was no more than 10,000.

Read that again: an assumption caused this “researcher” to double his already rounded-up estimate.

Researcher Christopher Tietze argued that in actuality, deaths had been declining for decades, thanks to things like penicillin and improved medical procedures — and in 1967, he suggested that abortion advocates were making up the numbers to scare people into legalizing abortion, as previously reported by Live Action News. WashPo pointed out that Tietze found less than 1,000 deaths from abortion in 1945.

Former Planned Parenthood medical director Mary Steichen Calderone, agreed. “She attributed the decline in the mortality rate to antibiotics and the fact that 90 percent of illegal abortions were done by trained physicians,” the Post said. According to a previous Live Action News report, Calderone also said only a tiny minority of women were undergoing abortions at the hands of non-physicians, and the overwhelming majority were being referred by doctors to other doctors willing to commit aboortions.

“The CDC began collecting data on abortion mortality in 1972, the year before Roe was decided,” the Post explained. “In 1972, the number of deaths in the United States from legal abortions was 24 and from illegal abortions 39, according to the CDC.”

Ultimately, the Post deemed this to be a massively inaccurate statistic, and issued a blistering conclusion:

Wen is a doctor, and the ACOG is made up of doctors. They should know better than to peddle statistics based on data that predates the advent of antibiotics. Even given the fuzzy nature of the data and estimates, there is no evidence that in the years immediately preceding the Supreme Court’s decision, thousands of women died every year in the United States from illegal abortions.

Wen’s repeated use of this number reminds us of the shoddy data used by human trafficking opponents. Unsafe abortion is certainly a serious issue, especially in countries with inadequate medical facilities. But advocates hurt their cause when they use figures that do not withstand scrutiny. These numbers were debunked in 1969 — 50 years ago — by a statistician celebrated by Planned Parenthood. There’s no reason to use them today.

What Wen ignores is that women still die from abortion today, even at Planned Parenthood’s hands, with fewer restrictions, at any time, for any reason, and with taxpayer funding. Many of these abortion facilities are shockingly unregulated — and the suggestion of standards and regulations that would improve safety are consistently fought by abortion apologists like Wen.

The truth is clear: the concern here isn’t about saving women’s lives. Roe v. Wade did nothing to prevent deaths from abortion. And Planned Parenthood knows it.