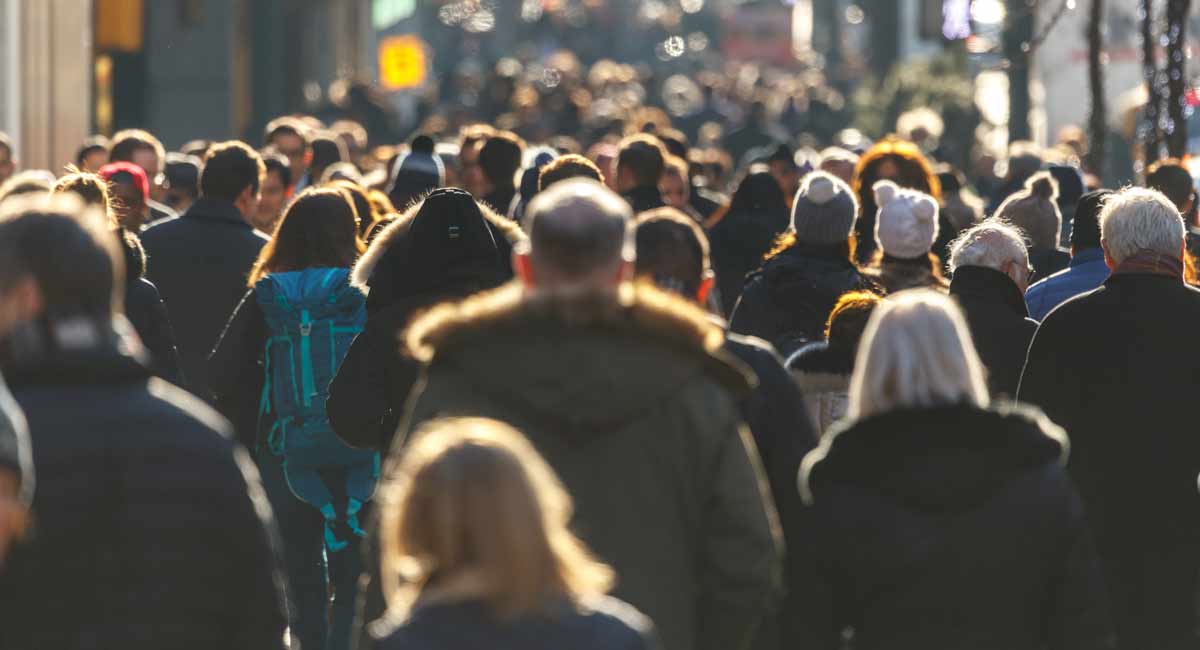 When it comes to abortion, it’s not uncommon for people to claim it’s actually necessary in society. One of these excuses is overpopulation. The world is getting too crowded, we will soon run out of room, and there will be too many people for the planet to support, they claim — abortion, therefore, is touted as a force for social good, preventing the overcrowding of the planet. In fact, Tucker Carlson recently interviewed the president of the Sierra Club, who said this is the very reason why the group supports abortion. But are any of these claims about overpopulation true?

This is a term used to describe what happens when the existing number of human beings exceeds the carrying capacity for the planet Earth. In theory, too many people will put too much strain on our resources, leading to worldwide famine and death. These fears have led to population control policies which, in turn, have led to human rights abuses in numerous countries, most notably China, with its horrific One-Child (now Two-Child) Policy. That the Earth’s human population is at an all-time high only serves to further bolster fears that there are too many people. According to those who believe we are overpopulated, this is why we need abortion. To them, it shouldn’t matter if a woman wants an abortion, because there are already too many people on the planet, and abortion is ‘fixing the problem.’ This reasoning has led multiple leaders of western countries to attempt to push population control in Africa, discouraging large families while others argue in favor of forcible sterilization.

There’s just one problem with this line of thinking: overpopulation is a myth. Watch:

According to the Population Research Institute, the United Nations Population Division estimates that the world’s population will peak shortly — and then begin decreasing. Why? Because the global total fertility rate is plummeting. Fewer people are being born, and as the global population ages, the population of the planet will decrease, as more people die than are born. The World Bank’s fertility data shows that the overwhelming majority of countries have drastically lower fertility rates than they did in 1960.

The idea that overpopulation will lead to a lack of food is problematic because is there actually is enough food, but people sometimes don’t have access to it, often due to corrupt or incompetent governments. Natural disasters, poverty, and war also lead to starvation — none of which are due to overpopulation. Advancements in farming and agriculture, however, now allow for the production of more food using less land. The fact is, there isn’t an issue of too many people leading to too little food.

The truth? Fertility rates are dropping to disastrous levels

The real problem right now is that people are not having enough children. Many countries are currently experiencing a “baby bust”, with insufficient children being born to replace aging populations. This has led to several countries, like Denmark, Italy, Germany, Hungary and Norway, giving parents incentives to have more children. In many European and Asian countries, there could soon be catastrophic consequences to their low fertility rates, far below replacement levels, as there will not be enough workers to support the elderly population as they retire.

The United States is not far behind, either; the fertility rate is the lowest in 30 years.

Some may think it isn’t a problem if the world’s population declines; after all, that keeps us further away from overpopulation, right? But low fertility rates lead to numerous problems. As mentioned, when there are more elderly people in a country than there are younger people working, large financial problems result, and the younger workers find themselves forced to work longer hours and retire later in life — which also tends to make these younger people feel that they cannot have children of their own.

China and India both serve as heartbreaking examples of what happens when population control is enforced in the name of preventing overpopulation. Both countries are struggling with epidemics of loneliness and depression, and China specifically has the highest suicide rate of women in the world. Human rights abuses, like human trafficking, prostitution, and crime, have skyrocketed as people struggle to find women to marry. Economic consequences abound too, as people frequently hoard their money in hopes of one day being able to afford a home to impress future brides, instead of spending it and stimulating the economy. Labor markets, consumption, and property values have become distorted. “It’s kind of an arms race in the dating and marriage market,” Shang-Jin Wei, a Columbia University economist, said to the Washington Post.

And due to gender preferences in China and India, men outnumber women by 70 million. “In the future, there will be millions of men who can’t marry, and that could pose a very big risk to society,” Li Shuzhuo, a leading demographer at Xi’an Jiaotong University, said in the same feature for the Washington Post.

In short, encouraging people to stop having children leads to disastrous results. Overpopulation has long been disproven, while what the world truly needs is more babies. Yet people continue to use this myth as an excuse for abortion — an idea that needs to finally, once and for all, die.