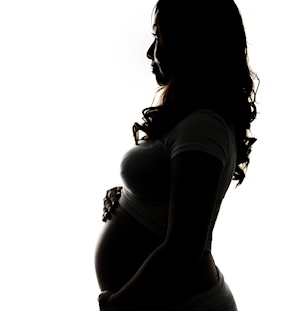 There may not be much that Peter Singer can say that would be shocking anymore. But then, we should never underestimate the ability of the heartless to sink to new lows. The Princeton bioethicist is a fan of abortion, as well as an advocate for bestiality, euthanasia, and infanticide – especially of babies with disabilities. He’s also spoken in favor of using the disabled for medical experiments.

Last week, Singer was a featured panelist at the Women Deliver conference in Kuala Lumpur, where he trotted out an argument for forcibly preventing women from having babies and compared children to cows. Why should women not be allowed to breed anymore? Because of the environment, of course! LifeNews reports:

In that case, he said, “we need to consider whether we can talk about trying to reduce population growth and whether that’s compatible with the very reasonable concerns people have about women’s right to control their life decisions and their reproduction.”

Singer, who has also argued the case for bestowing international human rights on primates, said it is “appropriate to consider whether women’s reproductive rights are “fundamental” and unalterable or whether, in bioethicist speak, they are “prima facie — good and important to respect but there can be imaginable circumstances in which you may be justified in overriding them.”

Then Singer compared women’s right to bear children to the traditional villager’s right to graze their cows on “common” grounds. As the villagers get more affluent and their cows die less from disease, he said, until the commons are overgrazed, “yields are falling… and that’s a road to disaster.”

Singer wasn’t the only person at the conference to bring up forcibly preventing women from having children. Kavita Ramdas also argued for it, claiming that some countries (like the United States) should be forced into a one-child policy, and those women should be forced to not have children. Ramdas was attending the conference as a representative of the Ford Foundation in New Delhi, which presumably sanctions (or at the very least tolerates) these views.

Of course, if anyone wants to know what it would be like were women not allowed to have children as they choose, there’s a perfect real-world, non-theoretical example: China. The human rights abuses forced upon women are absolutely appalling. There have been hundreds of millions of abortions – many of them forced – and hundreds of millions of sterilizations, also often involuntary. Pregnant women, often in their third trimester, are literally dragged off the street, tied to a table, and forced into an abortion. Families are also often forced to endure the brutality of the family planning officials, who resort to beatings and torture if a family isn’t felt to be cooperating enough – like, say, being late for the mandatory pregnancy tests scheduled every three months. Infanticide isn’t unheard of, either.

Singer’s advocacy for population control, euthanasia, forced sterilization, and infanticide no doubt would lead to the atrocities Chinese families are currently being forced to suffer through on a much more widespread scale. Not only that, but Singer’s arguments could give Chinese officials a sense of legitimacy over what they’re doing. After all, Singer is a world-renowned bioethicist who, despite his abhorrent views, has no shortage of speaking opportunities or people willing to give his positions credibility.

The sad reality is that arguments about population control, infanticide, and forced sterilization aren’t just hypothetical arguments in an ethics paper. These are real issues, that affect real people, and their actual lives.

People are not the same thing as cows, and we can’t talk about women having babies the same way we talk about breeding cows. The human life has worth and value. Is Peter Singer incapable of understanding that?