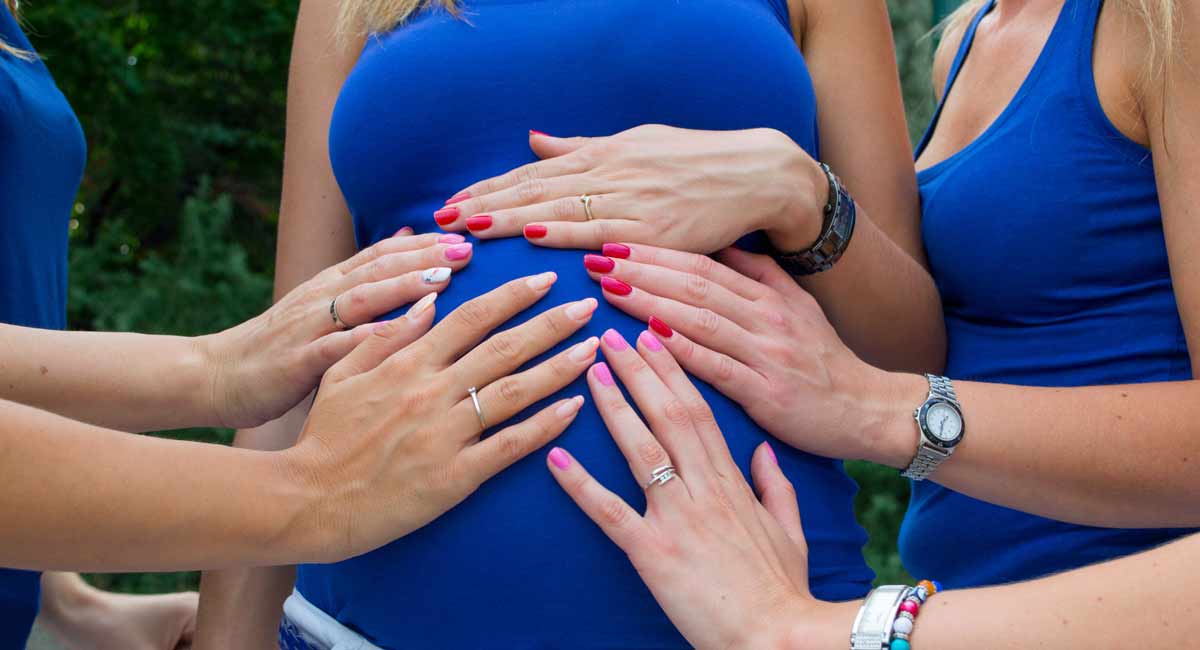 The United States fertility rate has hit its lowest in three decades, according to a National Vital Statistics Report (NVSS) released Thursday from the CDC. The results show a significant variance between states’ fertility rates, but the numbers are troubling. The report notes that the total fertility rate (TFR) is “16% below what is considered the level for a population to replace itself…. For overall population, only two states, South Dakota and Utah, had TFRs above replacement level.”

This means, of course, that if the current pace continues, the nation will continue to decline in population, theoretically, until there are no more young people to reproduce. 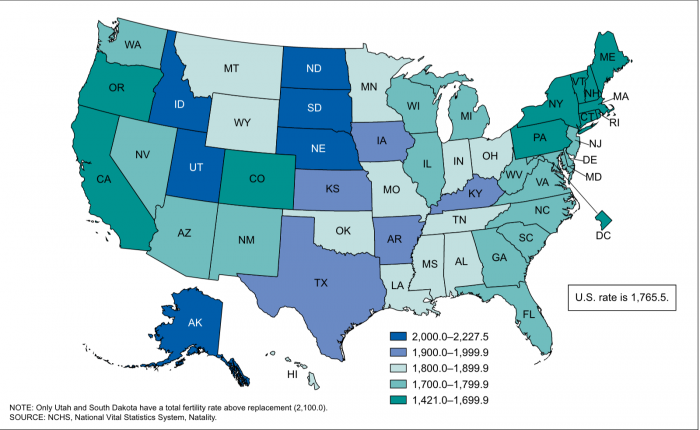 By contrast, the District of Columbia, which had the lowest fertility rates currently reported, has a reputation for late-term abortions. Despite having a 2015 population of about 672,000, the CDC reported 1,267 abortions — three times the number in South Dakota, which has 200,000 more people. While the numbers vary from state to state, and abortion rates can’t be attributed to every instance of declining birth rate, abortion rates certainly can’t be ignored.

Live Action News reported last September how abortion was contributing to declining birth rates in various nations of the world, including the United States, as well as Japan and China, pointing out:

Sadly, the U.S. abortion rate even made the top ten in the world, as reported by the United Nations in 2013…

“[W]e kind of expected that after the Great Recession has supposedly disappeared and we are doing much better, fertility rates would start to pick up…. They really haven’t recovered as much as we had expected, and I think that suggests a lot about how people feel in terms of their own personal lives and how secure they feel. It’s not just the global or national economic or GDP numbers, it’s, ‘Can I pay my bills, can I pay my student loans, can I buy a house, is my job secure? Do I have a strong relationship and can I maintain that?’ So people go through a lot of uncertainty,” she said. “I really think that those characteristics haven’t improved as much over the last 10 years, and that’s probably what’s going on here.”

However, Guzzo’s words are similar in topic to the words abortion advocates use when they tell women they don’t need to have children until they are ready, that careers should come first, that money and financial security are the most important things. Women have been led to believe they must have it all — and in a certain order — for so long that it may be factoring into their decision to delay childbirth, whether by abortion or birth control. And now the consequences are showing themselves.

As Live Action News previously noted, other nations with declining fertility have partially solved the problem with increasing immigration:

The message is that ongoing high immigration, coupled with a recent increase in the birth rate, could keep the country’s population stable for another forty years…  In 2015, Germany recorded net migration of more than one million people as a result of the arrival of refugees from Syria, Iraq and Afghanistan. In 2016, that figure was 750,000 people.

Additionally, Bloomberg reports that in Germany, the fertility rate is up “thanks in part to a recent immigration surge but also to adoption of family-friendly policies, including raising parental-leave allowances.” With American immigration at its most controversial in decades, with its fertility rate hovering there as well, it’s clear it’s a season of decision for the nation. Deciding to not have children over and over is resulting in some dire consequences.